Had Lewis Carroll and Stanley Kubrick bumped into one another in some parallel universe I doubt they could have conceived of, or confected, a more surreal and alarming scene than the one simultaneously unfolding and unravelling before my disbelieving eyes.

Disturbing, distressing, dysfunctional; this is no dystopian movie set, no rabbit hole tumble into a fantasy world. This is Belfast Royal Victoria Hospital accident and emergency department.

It is Sunday October 31st 2021, Halloween. On this day (and night) this hospital, the jewel in Northern Ireland’s NHS crown, is haunted by the living. Overstretched, overrun, overwhelmed. Not enough beds, not enough staff, not enough money, not enough government focus.

“The system is broken, broken beyond repair” a beleaguered doctor tells me, “A&E is as much in need of urgent and radical surgery as any of those you see admitted here, at times it feels like we are beyond life support… lives are being put at risk” he adds, before being whisked away to attend an emergency.

A sports accident some 6 weeks earlier led to my requiring surgery on both my hands. A broken finger on one hand was fixed with a Suzuki frame, a finger on the other hand needed a K wire inserted to fuse the broken  bone. The surgery and subsequent aftercare were exemplary. For a few weeks I marvelled at the level of professionalism and expertise I’d received while attending the RVH fractures clinic.

Post the removal of the K wire I picked up an infection and that prompted my unscheduled return trip to hospital.

Osteomyelitis (infection in the bone) was the diagnosis, sepsis or blood poisoning was the fear, if untreated. 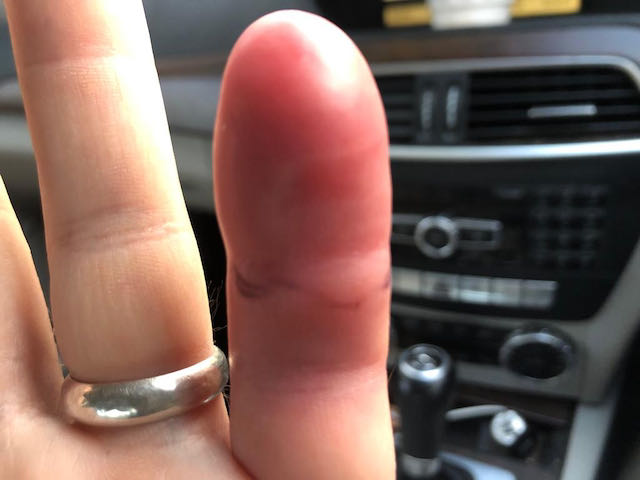 I would spend the next five days in the care of the NHS. The first 17 hours were in the A & E department, the next 36 hours in a fourth floor RVH ward and the final two days at Musgrave park hospital in South Belfast. The Royal Victoria hospital experience is one I will not  forget.

“You’re in for a long night” said the triage nurse”. It was 6pm on Halloween Sunday.

For three and a half hours I sat on the floor amid the utter chaos of an over-stretched and over capacity emergency medical department. On site, security flitted from one skirmish to another. Squabbles between a number of drunken and drug addled people in the waiting room bubbled up all evening  and rumbled on throughout the night. Among their numbers at least three were having what in my limited experience was some sort of psychotic episode. PSNI officers arrived, escorting several people in handcuffs. A woman, off her head on something, approached me, “HELP ME… HELP ME” she shrieked… “ they’re trying to kill me”.

I tried my best to ignore her, kept my head down, felt frightened, felt vulnerable and couldn’t help but admire how the staff performed their duties in such challenging  circumstances.

“Can you not find a seat”? asked a nurse,

“I’m fine on the floor, I prefer it” I replied.

“This is how it is” she ventures.

“We’ve never been so stretched. Staff are leaving in their droves. If it wasn’t for agency nurses the hospital wouldn’t function at all. I’ll go home later and cry myself to sleep. Please tell the public what’s going on, please”.

“Will you speak on the record?” I ask,

“I can’t, I’d be frightened of the consequences… just tell your story, if you tell it, you also tell ours”.

So this is my story. 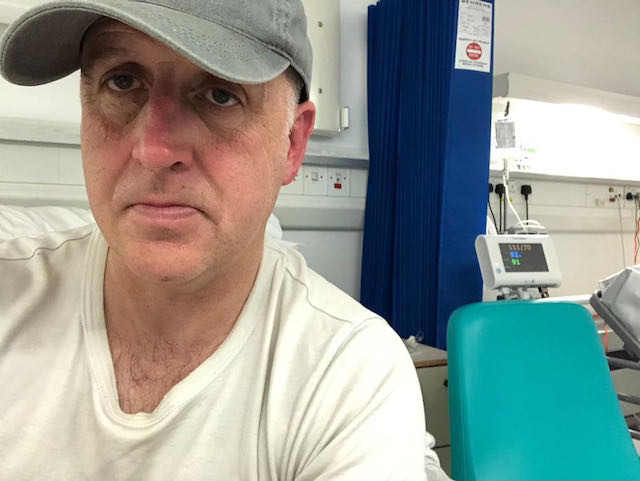 At half past nine I’m assessed by a doctor who requests an x-ray. He’s thoroughly professional and asks for a specialist to look at me. I see the specialist just after midnight and she informs me that on further consultation with a colleague I need to be admitted and treated with intravaenous antibiotics.

At 2am I’m told by a nurse, “there are no beds. (or trolleys) There are 24 ahead of you in the queue for a bed. The best I can do is give you a chair”. The chair, located at the end of a corridor, is bliss. I wait and wait and wait. Almost 14 hours have passed, no sleep, no treatment, no idea what’s happening.

For the last 4 hours a young man on a trolley a few feet from me has been baying for methodone.

“I’m fucked mate, pure fucked, my head’s in meltdown. Get a doctor for me please, please!” He said.

“I’m homeless mate , just out of prison, I’d love to be back in Maghaberry right now….”.

He’s alone in the world, his youth stolen by the ghost of circumstance, his eyes hollow, his  stare vacant, his pain extreme. Just before 5am an “angel in uniform” slips him some methodone.

At 6-47 am I receive the first of my antibiotic treatments. Later that morning I’m wheeled to a ward. I sit for a further six hours, more chaos. Shift changes, handovers, ward whispers, breakfast, medical rounds, lunch

I am parked at the crossroads of a ward which is busier and more cluttered than the westlink during morning rush hour. Infection control is on site. Everyone is on edge. The staff, to a man and woman, are performing heroics, but it’s a sisyphean task; thankless, relentless, remorseless.

I get a bed at four in the afternoon on a ward with five others, one an 89 year old delirious woman who has broken her hip. She is shorn of her dignity, obliged to toilet in a bed ( behind a wafer thin curtain) with five random men in close proximity. We try not to notice.

Night two sees the man in the bed opposite me, who is in the early stages of dementia, try to mount an escape. He is so paranoid and distressed that the night staff contact his family. They arrive at 5am to comfort him. By this stage I’ve declined a sleeping tablet and retreated from my bed to a trolley in the corridor. I remain there for the rest of a very long night.

On day three a sympathetic doctor moved me to Musgrave park. It was heavenly.

“Tell them this is nothing to do with COVID 19, Mark. Tell them we’ve been sleep walking into this perfect storm for years… Covid has exacerbated it ok but NHS management needs to be called out on this. Tell people Mark. Please tell people..”

Social share:
Previous ArticleUnionism’s blue print for the future – By Doug Beattie
Next Article ‘The Troubles were just there, part of our normal…’  – By Brian Rowan