You are at:Home»News & Current Affairs»The ‘mass grave’ and the ‘New Ireland’ – thinking beyond the Good Friday Agreement – By Brian Rowan
Social share:

Northern Ireland in 2021 is not the place of celebration unionists had been anticipating.

Beyond Covid, whenever and whatever that might be, the next big political conversation is waiting – the what next after the Good Friday Agreement.

It is the debate on Union versus Unity; a ‘New Ireland’ conversation that many will want to avoid, but that can no longer be dismissed as idle talk.

The political sands are shifting.

Thus far, this centenary year has not been a cake with 100 candles; more the next crossroads and nightmare in a troubled history, and in a still divided place.

The conflict years have not been healed. An unanswered past, the competing narratives of what happened and why and the deep hurts of those decades of killing fill the ‘mass grave’ of our past.

That description of a ‘mass grave’ emerged in the thinking of the senior police officer Tim Mairs – one of the first recruits into the Police Service of Northern Ireland and now serving with Police Scotland.

He has that ability to make and leave an impression and at 42 he is on a journey – at pace – to the highest rank.

Everything else in this place moves slowly. The past still part of the present – those broken stones on a different path and in a different time, still the fall points and the reference points today.

THE PAST AND THE FUTURE ARE INEXTRICABLY LINKED

To get to the ‘New Ireland’ you have to travel through  the ‘Old Ireland’.

Numerous attempts to establish a legacy process built on historical investigations, truth-recovery or information-retrieval, story-telling and reconciliation have crumbled.

The latest and continuing row is the attempt by the London Government to try to exempt military veterans from the same scrutiny and accountability expected of others – a play for different rules when it comes to any excavation of that conflict period and the so called ‘Troubles’.

Once again, the past is at a legal spaghetti junction and Boris Johnson’s government cannot get away quickly enough. If they could they would leave the past of this place miles behind.

In my book – Political Purgatory – the former Presbyterian Moderator John Dunlop details a conversation he had several years ago with the late Martin McGuinness.

“I met him in Derry some months before his illness,” Dunlop explains.

“At that time, I said something to him to the effect, ‘Martin, I choose not to focus on the things which you did or didn’t do in the past, but I am interested in what you are doing now.’ I believe the time has come to be generous and care for victims but stop focusing on and enquiring endlessly about all that happened before the Good Friday Agreement, for many of those who know the truth will never tell what they know.”

THE PAST WILL NOT BE A TRUTHFUL CONVERSATION

All sides, including military, police and intelligence, have skeletons in the closet.

The so-called ‘dirty-war’ and ‘dark side’ are parts of that hidden past – the parts the government want to bury.

Is a ‘New Ireland’ possible without some serious attempt at healing and some process of reconciliation?

This, I think, has to be part of a dialogue that begins with a blank page, and is chaired internationally; a negotiation such as that leading to the Belfast Agreement of 1998 that has everyone in the room and everything on the table.

Not just the past, but the future.

What is Britishness, unionism and identity within this conversation?

What is the political construct in the North?

What is the island-wide Health Service?

How does education work?

Is it economically viable and credible?

How do we access the best expert advice and information on all of the above?

What is the transition period?

Ten years before Good Friday 1998, the SDLP and Sinn Fein began party delegation meetings, which developed into the Hume-Adams talks.

It was Hume who spoke then of an ‘Agreed Ireland’. If there is no agreement, then it is not agreed. 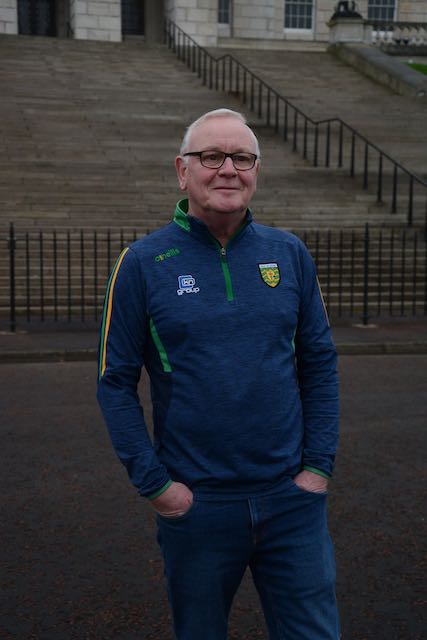 The one-time senior IRA figure Jake Mac Siacais, who 40 years ago gave the ‘H’ Block oration for the hunger striker Bobby Sands, believes 2021 “offers us an opportunity to close the book on this final chapter of Stormont’, but he also knows the challenges: “If you bring an alienated, demoralised, broken unionist minority into all-Ireland arrangements, then you’re simply creating a stick for your own back.”

Thus the need for that ‘blank sheet conversation”.

Beyond the Good Friday Agreement, the steps are about so much more than a border poll and the vote.

The Northern Ireland of 2021 is even more fragile than usual – a political eggshell further damaged by the reality of Brexit; that earthquake that has left cracks across the Union and made louder the calls for Unity.

It is not the year that many had imagined. 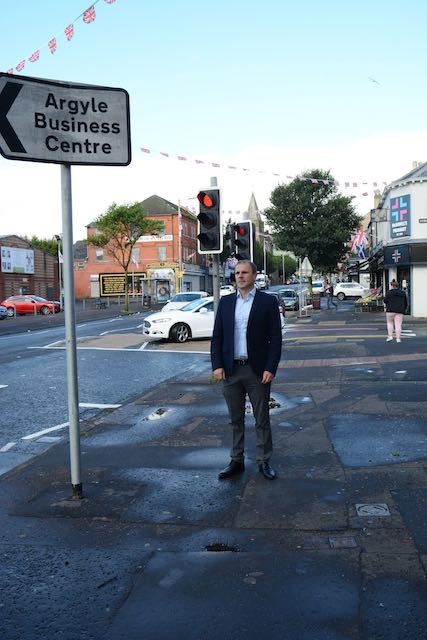 The concern – perhaps the danger of the moment – is evident in these words from the Belfast loyalist Winston Irvine:

“We are being guided to and along different paths, moving towards very different destinations, the outworking of which means we are locked onto a collision course. Sooner or later, these two entirely legitimate political aspirations are certain to clash.”

You can sense the trauma in the unionist/loyalist community – the post-Brexit nervousness that has dampened the centenary celebration.

Politics in this place is never a straight road.

At Stormont, the Executive again hangs by a thread, and the mood on that political hill rolls down into and poisons everything else.

That next big conversation has arrived too soon for some – both north and south, but it is here.

Who will lead for unionism – be best placed to sell the benefits of the Union?

A few days ago, the commentator Alex Kane suggested this is the key question for all of unionism right now.