Too often in this place we take too much for granted.

The idea that Stormont can fall to rise again is one such example.

On that bitterly cold winter’s night in January 2020, the parties here did not rescue the political institutions.

It was then Secretary of State Julian Smith and Tanaiste Simon Coveney who produced the compromise document New Decade, New Approach and dared them to reject it. 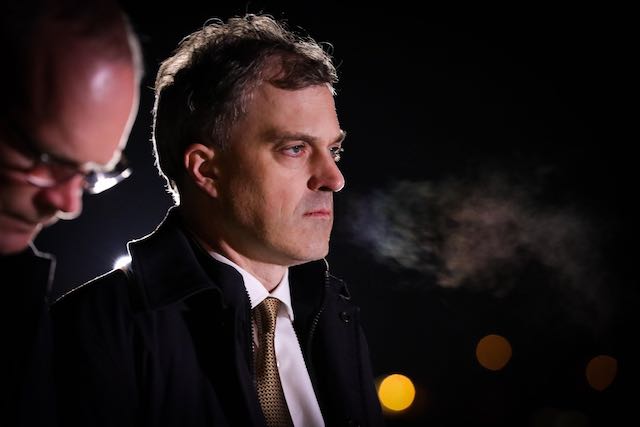 Now, it is dark again – the brokenness so obvious and too obvious.

For three years, between January 2017 and January 2020, the pantomime of Stormont was tolerated – the pretence of politics; the patheticness of that parliament.

In negotiations, demands and documents were recycled more times than the yoghurt pots and milk containers in our bins.

The talks became a copy-and-paste type process. Like cogging homework, you can play with the words. I write about this in my new book ‘POLITICAL PURGATORY’.

With their take-it-or-leave-it paper of January 2020, the then Secretary of State and Tanaiste ended the game of ‘clever dictionary’.

Look at it now, as it rewinds to past arguments – such as Irish language and North-South meetings – and the poison of politics filters into policing and on to the streets.

Those in politics calling on the Chief Constable Simon Byrne to resign, should have a good look in the mirror before repeating that demand.

Policing is a problem because politics is a bigger problem.

HANGING ON A THREAD

Today, the pandemic is the thread on which the Executive hangs.

Those who shouted loudest for Brexit, now shout louder about their fears for the Union. All of this in the Northern Ireland centenary year.

It is as if the Irish Sea border just happened, rather than it being part of a design and deal agreed by Prime Minister Boris Johnson.

For all his bluster about the Union and Northern Ireland, Brexit was the higher and highest priority.

Look how he ran into this place to steal a slice of the Smith-Coveney success in January 2020 only to sack the Secretary of State in a Cabinet reshuffle weeks later.

I write in my book that the shallowness of Johnson and the influence of Dominic Cummings were both evident in that decision.

Johnson cares little for this place. His actions speak so much louder than his garbled words.

NORTHERN IRELAND IS TOO COMPLICATED FOR HIS ATTENTION SPAN

Those who thought he could be trusted were wrong.

There was a time when the DUP were needed for their votes at Westminster, but not anymore.

If the political whispers become the political reality, that the Executive could fall again, then Stormont will have blown its last chance.

Who wants another negotiation about the Irish language, legacy and North-South bodies? There will be little or no appetite for that.

In this Northern Ireland centenary year, the ‘New Ireland’ arguments get louder. The sea border has created further distance and difference between this place and the rest of the UK.

Brexit, believing in Boris, knowing better than everyone else – were all spectacular own goals.

There were many in the unionist/loyalist community who could see the Johnson play; that Northern Ireland would be thrown under a bus.

That’s the real issue. Everything else is a distraction.

The dictionary definition of purgatory describes a place or state of temporary suffering or misery.

That is this place in a nutshell.

Could the protocol turn our Political Purgatory into Political Hell? 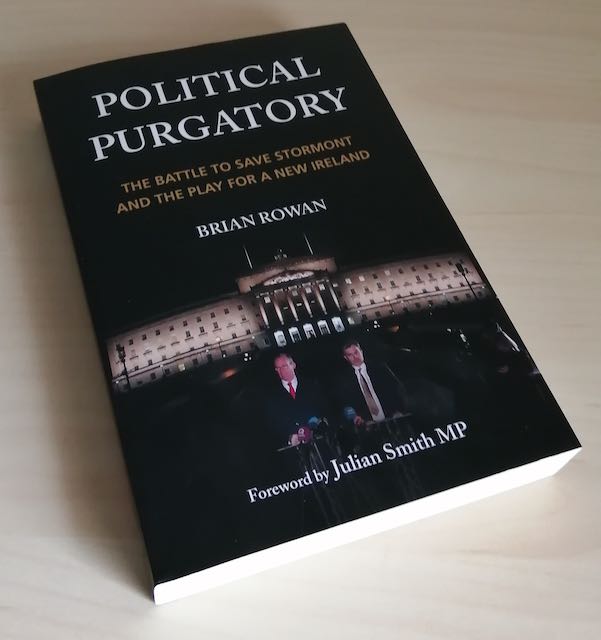