2021, our Centenary Year in Northern Ireland, is nothing like what we had hoped for or that we had imagined it to be.

We’ve been thinking about and planning ways to celebrate this for years now, but we had no way of foreseeing the difficulties and challenges that we face today. COVID-19, Brexit issues, a Protocol that no one in our Community wants because it means an Irish Sea Border, and the danger of the broader  Unionist family imploding, with the enemies of Ulster reaping the benefits. I’m as angry as the next person about the way Boris Johnston has treated us. I’m not entirely happy with the Democratic Unionist Party either. Did it agree to this Sea Border or didn’t it? I think it’s time that Arlene Foster and her colleagues were completely honest with the people who have supported their Party through some really difficult times in the 50 years since The Reverend Ian Paisley formed the DUP.

There has to be a better relationship between Unionism and Loyalism – I mean ALL of Unionism but not necessarily ALL of so called Loyalism. The criminal/drug dealing element professing to be Loyalists is making it well nigh impossible for elected Political representatives to engage with those who really care and have so much to offer, genuine Loyalists. We need each other, especially at a time like this when Social Media with its faceless and on so many occasions nameless, Keyboard Generals, writing things that aren’t necessarily true but they know it’s what many angry Protestants want to read and to hear. Graffiti  too, what I call Facebook on a wall, has appeared all over the place, again written in the middle of the night by faceless individuals. Look at the state of it, (please don’t mention the spelling)!

We are angry and quite rightly so but what will this anger and negativity get us? The arguments against the Protocol and the Sea Border are taking place day and daily now, and we are all watching and waiting on the outcome, but there’s something else we need to think seriously about, an Election next year and Sinn Fein, Alliance and SDLP, cannot wait for it to come round. They all stand to benefit from Unionism in disarray. Sinn Fein won’t get any votes from our Community. They don’t need to because their strength comes not only from Nationalists support, but from the weaknesses in Unionism.

I’ve heard it said so many times in the past by friends of mine and from other members of the broader Unionist Family, that they’re ‘finished’ with the DUP. I’ve thought about it many times myself, and I believe the DUP has brought much of this criticism on itself, but that’s what happens whenever difficult decisions have to be made. The buck stops with them. I’m certainly not going to make excuses for them. I learnt from John McMichael to look at our problems from every angle. What decisions would the other Unionist Parties have made if they had been in the position to make them? 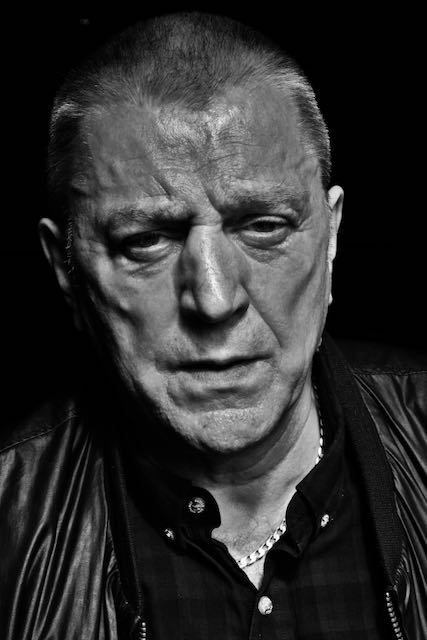 If we keep criticising the DUP and decide not to support them in the Election next year, what happens?  What are our options? (1) We don’t vote at all. (2) We vote UUP. (3) We vote TUV. (4) We vote Alliance. Think of how many elected representatives might not be from the Unionist tradition because of a split vote that could cost us a lot more than the Union Flag being removed from Belfast City Hall. To put all this in some sort of context let us remind ourselves that there are approximately 63 million people living in the United Kingdom. It’s estimated that 1.7 million of that number live in Northern Ireland, close to one million of those are members of the broader Unionist Family. We have political representatives from the DUP, OUP, TUV and PUP who can’t agree, don’t agree and  won’t agree. Boris Johnston knows this, (Sinn Fein too , of course). The British Government is well aware of this and they this as our Achilles Heel, our weakness.

What political ‘clout’ or influence do we think we have, when our politicians are so divided, criticising and sniping at each other at every opportunity? Graffiti on the walls and criticism on Social Media actually weakens the DUP’s position and lessens its chances of any successful argument against this Protocol. I’ve heard Billy Hutchinson and many others call for some sort of Unionist unity but I see no signs of that. I remember that’s exactly what we had when the Unionist Forum was formed in the early days of the Flag Protest – all the Unionist Parties were represented at the first meeting in Stormont, along with members of the Loyal Orders and people representing the three main Loyalist Paramilitary Groups.

After the meeting Peter Robinson addressed the media and said “This is the greatest gathering of Unionism/Loyalism since Carson”, (maybe not his exact words but near enough), and he was right!  Unfortunately before the second  Forum meeting took place some politicians had decided that they didn’t want to be associated with representatives of Loyalist Paramilitaries, so they never came back. That was the beginning of the end of the Unionist Forum. Regardless of how serious the flag  issue was, or how angry and frustrated our people were, these individuals disassociated themselves, at a time when our people, especially our young people, needed leadership. They were left to their own devices and vulnerable to Social Media mouthpieces.

I wonder, what if the Unionist Forum had lasted? If it was still in existence, could or would it have had any influence on how we thought about Brexit? Would the DUP, with the full support of United Unionism/Loyalism, and the broader Unionist Family, have had a stronger case to argue? Might Northern Ireland’s opposition to a Sea Border or any sort of Protocol have been taken more seriously? This is our Centenary Year – something we should be celebrating – yet we are in danger of having it remembered for all the wrong reasons, the challenges of Brexit, Protocols or Covid-19. This really is the time for us to show how much we have matured, how much our country means to us. It’s a challenge (or is it) to Republicans too, Sinn Fein in particular. Will they accept that it is our right to celebrate our Centenary, and to tolerate whatever form our celebrations are? When you think about it, Republicans might consider celebrating 100 years of Eire, the Free State – doubtful though. Our Unionist Party leaders and those with a positive influence within Loyalism, have a great responsibility to members of our Community.

The DUP in particular must explain why we are where we are with this Protocol or is there really any alternative to it? Those Loyalists with positive influence have already warned of the dangers, (and futility) of returning to the street protests of the past. How many of our people, especially our young people, have criminal records because of their actions mostly in the heat of the moment, during the  Flag Protest?  Our young people are our future. We must ensure that they have a future! The out-workings of Brexit, the Protocol and the Sea Border are decisions made jointly by the British Government and the European Union, decisions with which obviously we don’t agree because it means that Northern Ireland is being treated differently than other parts of the United Kingdom. We feel betrayed and understandably so, but we can’t throw the baby out with the bath water. Neither can we put the toothpaste back in the tube if the wrong decisions are made. Surely what we need, in this our Centenary Year, is to have some collective thoughts and serious conversations about how we might demonstrate our disapproval, not to be our usual predictable selves. Boris Johnston has taken advantage of our divisions, our disunity.

It wasn’t Sinn Fein or the Irish Government who created this situation. It was Britain and the European Union, and there’s absolutely no doubt in my mind that if we had all put the future of our beloved Country first, before everything and anything else and stood together, we would be in a more secure situation today.  Is UNITED WE STAND – DIVIDED WE FALL about to become UNITED WE STOOD – DIVIDED WE FELL? 🇬🇧🇬🇧🇬🇧

Social share:
Previous ArticleThe dilemma facing Unionism on all fronts – By Dave Maley
Next Article How to Spot the Referendum Denier – by Ciarán Quinn – Sinn Féin representative to US and Canada.