You are at:Home»News & Current Affairs»LEGACY FALLOUT – WHY DID THE NIO GO ON A SOLO-RUN? – By Brian Rowan
Social share:

A PAST PROCESS WITHOUT PRISON – IS IT AN AMNESTY?

A team of legacy experts has produced a detailed analysis paper on options for addressing the Past – including two possibilities that would reduce jail-time in conflict-related cases to zero.

It is a proposal that could easily be interpreted as some type of undeclared ‘Troubles’ amnesty – a reading dismissed by one of the report’s authors, Professor Kieran McEvoy when I spoke with him on Tuesday (press play below):

Publication of the paper – written by Queen’s University academics and the Committee on the Administration of Justice (CAJ) – comes just weeks after the UK Government outlined its latest thinking.

In this, the government switched the emphasis from investigations to reconciliation and information-retrieval. There will also be new legal protections for military veterans.

This is viewed as the government abandoning the Stormont House Agreement of 2014, which included plans for a new Historical Investigation Unit (HIU) and Independent Commission on Information Retrieval (ICIR) – proposals which have not been implemented.

The latest government thinking does not shut down the route to prosecutions, but investigations will only happen if there is compelling new evidence.

After a desktop review, the vast majority of cases will be closed and the book will not be reopened.

If the government were to include a zero jail-time option in any new approach, it would add significantly to the impression of amnesty; and to some race away from the Past. 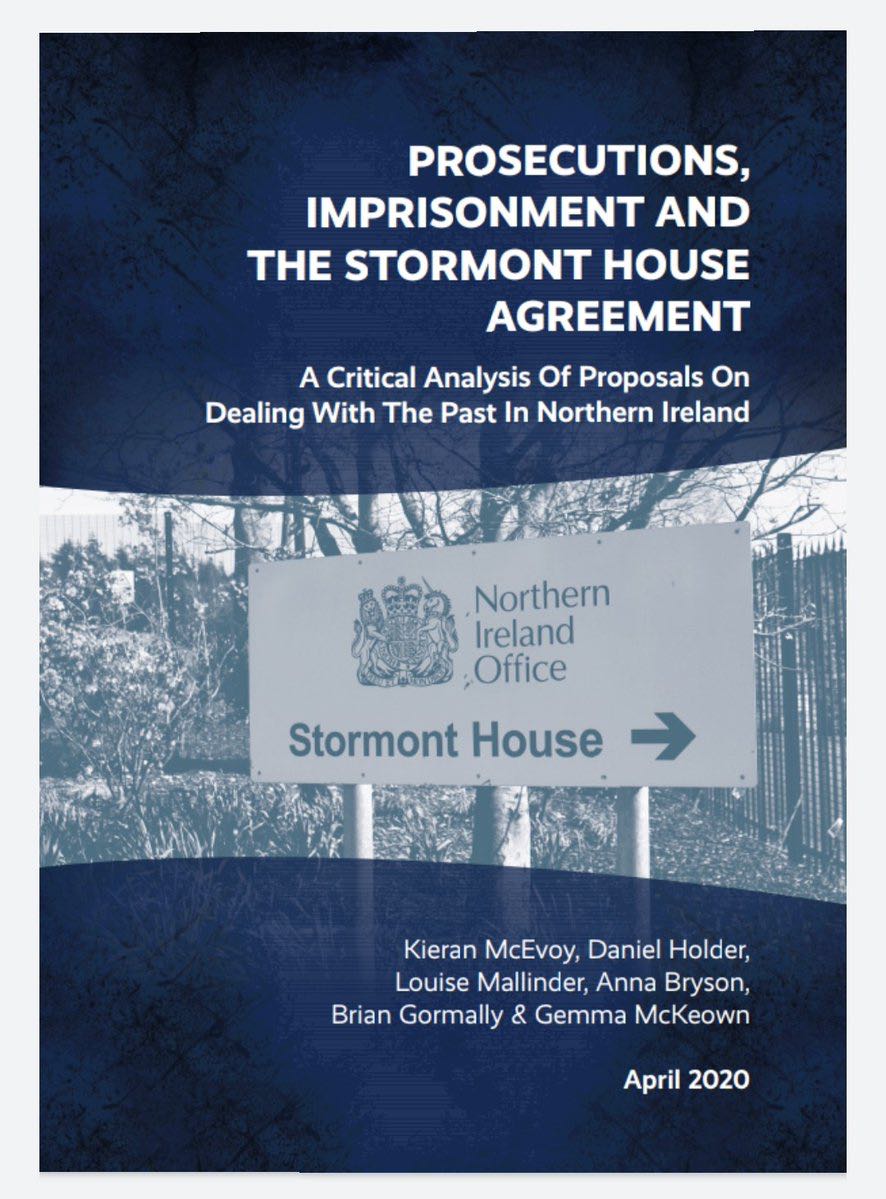 So, how will this just-published report by the expert team fit into the legacy jigsaw?

Its Queen’s University and CAJ authors are clear. They see the Stormont House Agreement proposals as offering the best way forward and view the recent government statements as a “sudden change in policy”.

Before completing their report, they had consulted widely as Professor McEvoy explains here (press play below):

I understand, those conversations stretched into meetings involving the senior legacy official at the NIO, the most senior military officer in Northern Ireland and senior republican and loyalist figures who have been across the fine detail of the legacy debate.

As Professor McEvoy explained above, he also made a presentation on this work to the Victims’ Forum.

Across its pages, the paper analyses the strengths and weaknesses of all the relevant proposals, which have been part of the legacy debate and discussion regarding conflict-related investigations and prosecutions.

These include interventions by Attorney General John Larkin and former DPP Barra McGrory. 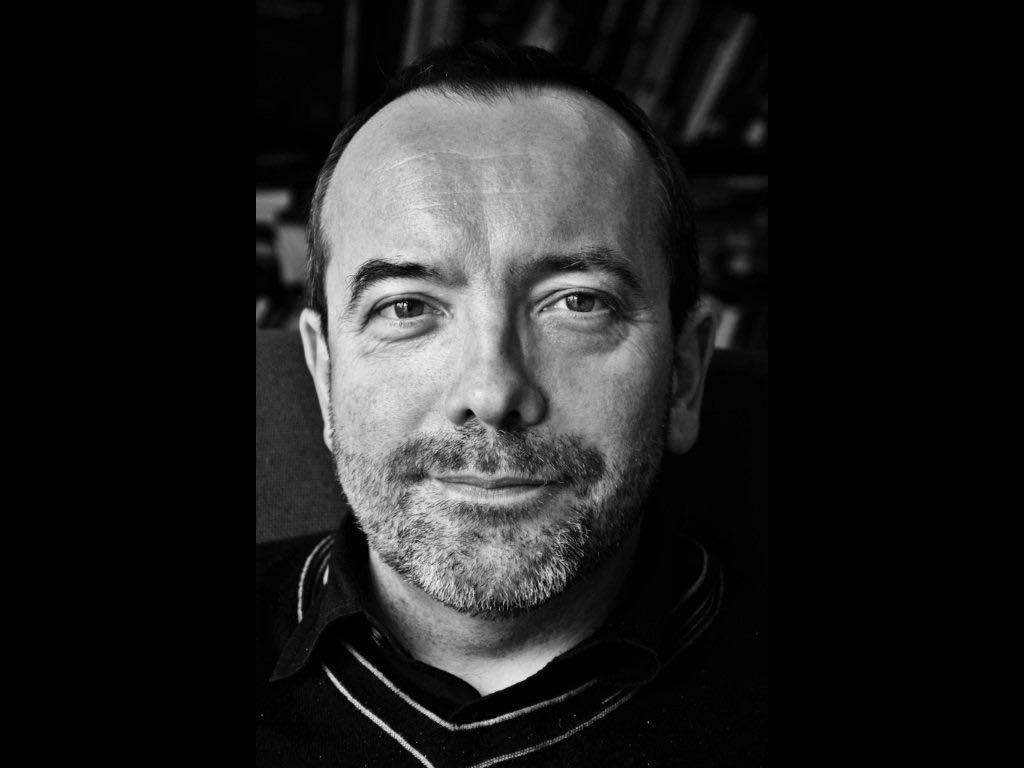 The paper also scrutinises the latest government proposals, and dismisses them. Here, Professor McEvoy explains why (press play below):

As for the inclusion of the above proposals that would reduce jail-time in conflict-related cases to zero, Professor McEvoy offers this explanation (press play below):

IT MAY BE TOO LATE

What we do not know at this time is whether the recent UK Government proposals represent their last word on the legacy question and debate. 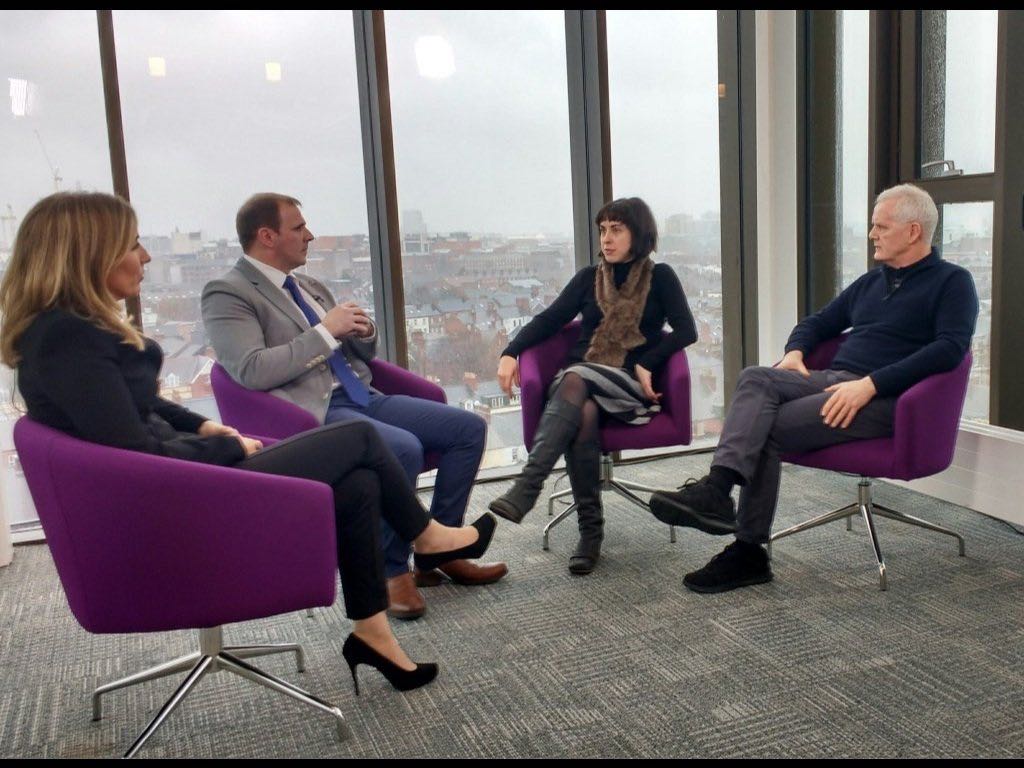 Will the expert paper by the Queen’s University academics and the CAJ change any of that?

Again, we don’t have the answer to that question at this time.

Given the direction set in the government statements of March, it may be too late.

Might the government cherry-pick one of the options in the analysis paper and add zero jail-time into any new approach?

This is another unanswered question at this time; but, if it does, then its new legacy approach will then have all the appearance of some undeclared amnesty.

Just look at the possible ingredients. Legal protections for military veterans; limited investigations across the board; the vast majority of cases closed, no jail-time in relation to conflict cases and information reports to families.

Is it the Stormont House Agreement as proposed in 2014? No it is not.

There is another question. Why when the NIO was aware of the background work going on to try to reach some broad consensus on a legacy approach, did it decide on a solo-run?

Because of the Covid-19 pandemic, these latest plays in the legacy debate have been largely under the radar.

In any other time they would be screaming headlines.