You are at:Home»News & Current Affairs»FRAYED NERVES AND TEMPERS – THE FIGHT WITH COVID-19 – By Brian Rowan
Social share:

JANUARY 9th 2020: Just after eight on that cold winter evening, the decision was taken inside Stormont House.

The then NI Secretary of State Julian Smith was with his special advisers and senior Northern Ireland Office officials; and, according to one source, the thinking in the room could be compressed into four words: “We have exhausted this.”

Throughout the previous three years, there had been numerous efforts to try to restore the political institutions at Stormont; this phase of negotiations, involving Smith and his team, the most intense since a draft agreement collapsed at the last minute in February 2018.

The decision on that evening in January 2020 was that Smith and Tanaiste Simon Coveney would hold a joint news conference on Stormont’s hill with Parliament Buildings the backcloth in this moment of political drama.

Just before nine, there was a briefing note to journalists by WhatsApp to be in place by 21.15 for the 21.30 news conference.

Smith and Coveney presented the document New Decade-New Approach as a political compromise that challenged the main parties at Stormont to form a new Executive.

Within 48 hours that had been achieved.

Remember at that time, nurses were in a battle for pay and safe staffing levels.

Remember also this was just a little over three months ago.

That document New Decade-New Approach set out the priorities of the restored Executive – and you read in the excerpt above that health was in the front row of all of that.

In the cold of those early January days, little did we know what was just around the corner.

FROM FRONT ROW TO FRONTLINE

When we talk now of our doctors and nurses it is in the context of their being on the frontline in a world war – the Covid-19 pandemic and the fight to push this virus back.

In January, who knew that this one issue would soon dominate every minute in every day of our lives? 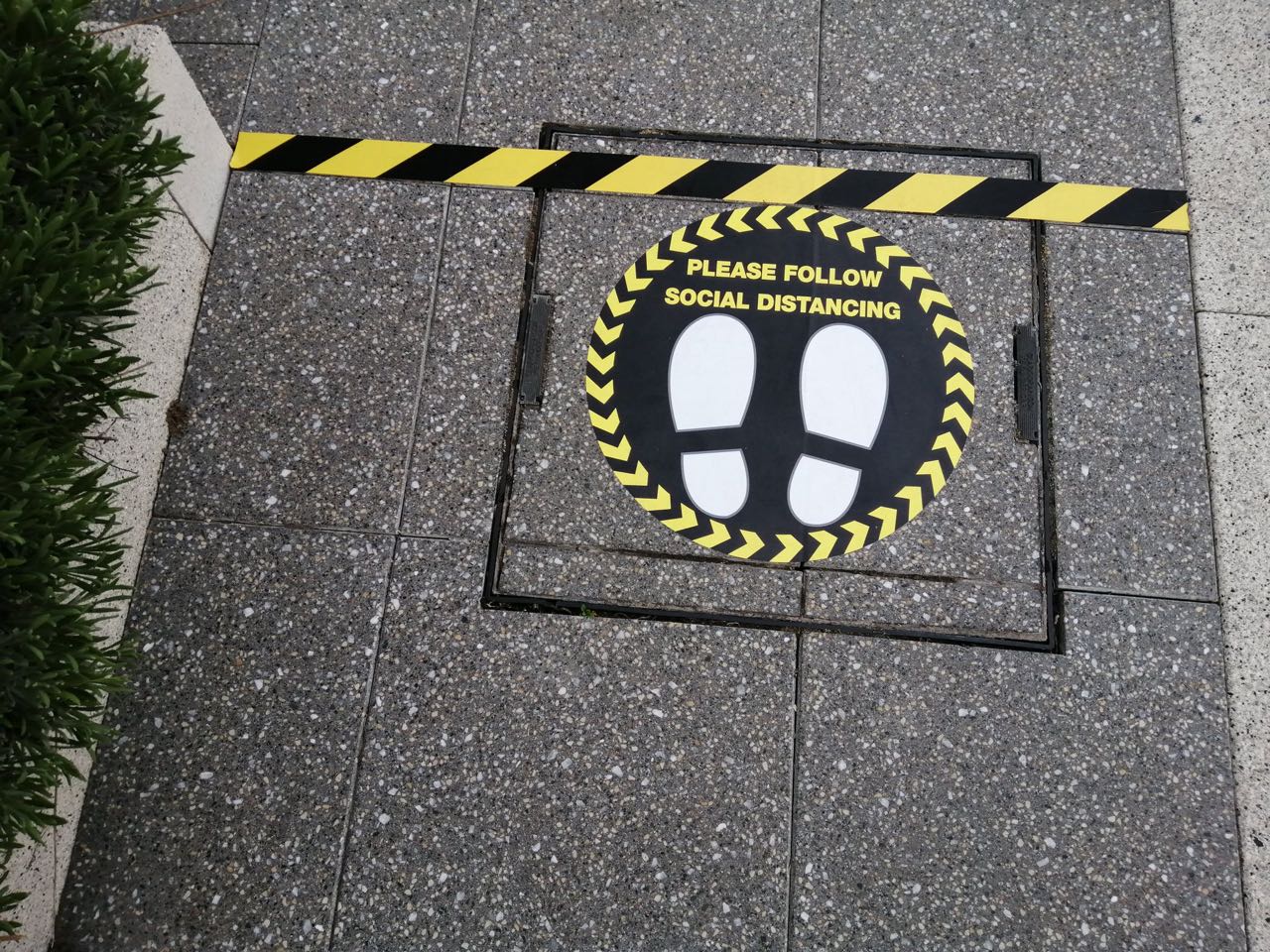 Who believed the big debates flowing from that New Year agreement would be about social-distancing, exercise restrictions, visiting or not visiting cemeteries, categorising essential and non-essential businesses, home being the new work place for many as well as being the shelter in which to try to hide from this virus?

Think of how the January arguments have faded from the headlines to hardly a mention in the here-and-now; issues such as legacy and the Irish language.

These few months later, in our changed and changing world, there are more important things; life-and-death being the new pressures and new priorities of yesterday, today, tomorrow and who knows for how much longer.

Inside and outside that new Executive there have been rows over the timing of school closures, on the supply of personal protection equipment and its distribution to the different frontlines; arguments also about testing and, as part of the lockdown, what should be closed and what should be open.

The decision to close cemeteries was reversed on Friday.

Across our communities, this will be welcomed.

In today’s upside-down world, there has to be room for people and politicians to change their minds.

The arguments we have heard in the course of this crisis are not particular to us.

FRAYED NERVES AND TEMPERS ARE A CONSEQUENCE OF CORONAVIRUS 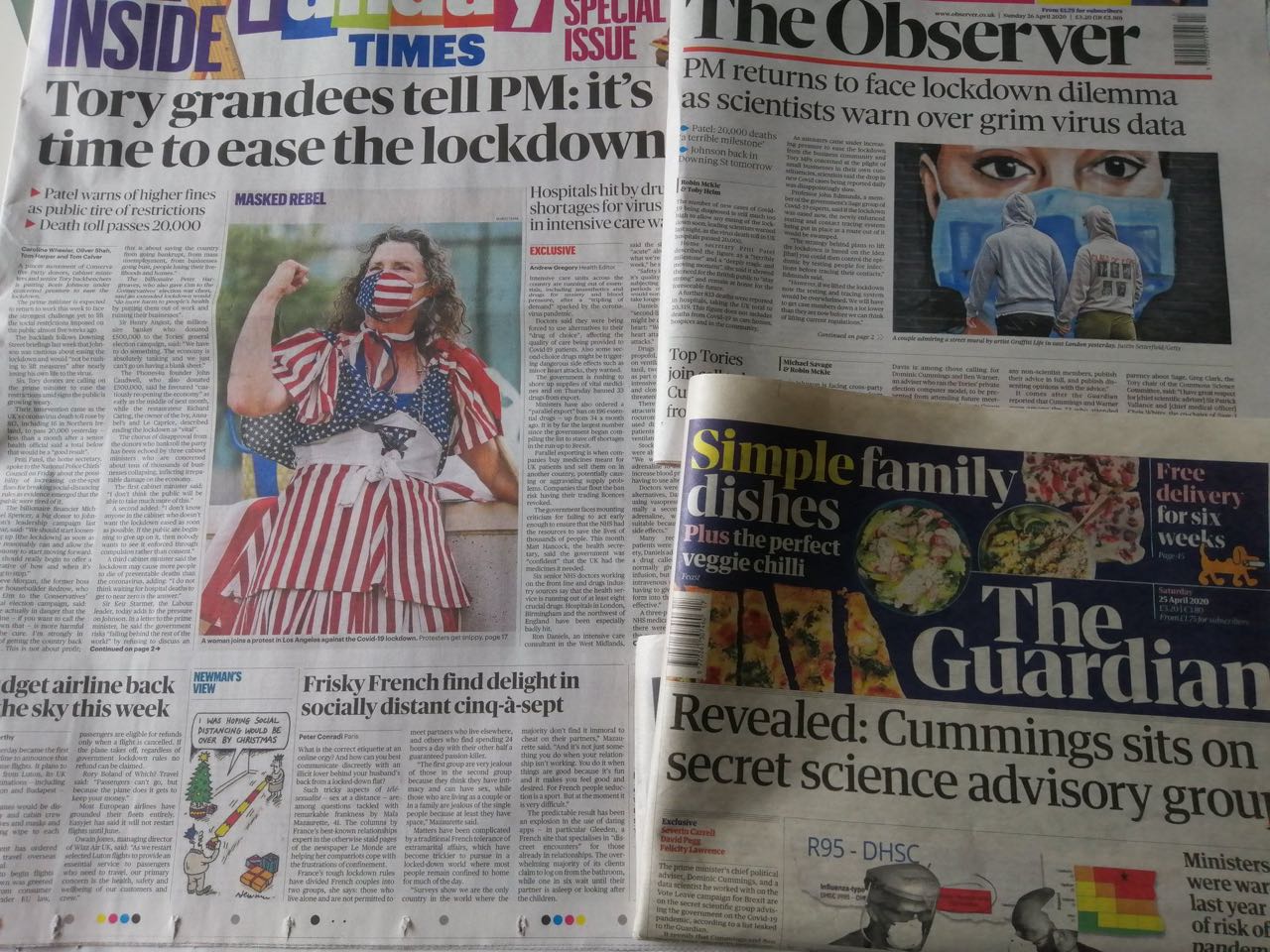 Read the weekend papers; the lockdown dilemmas and arguments – the balance of imposing and lifting restrictions; when to act-what to do?

In London, these are the decisions for Boris Johnson and his government.

I have said before that, here, there is a tendency on the part of some to try to turn this into a green and orange play.

So, we hear and read the suggestion of Sinn Fein not wanting to waste a crisis and how this moment might be used to try to advance the arguments and the goal of unity.

It ignores a number of things.

That it was Sinn Fein that pushed hardest for the 2018 draft agreement and to try to restore the Stormont institutions at that time; and that it lowered the bar on a number of issues to make the Smith-Coveney deal of January possible.

This new Executive, even without the Covid-19 crisis, was never going to be a cosy place; not after the fallout that created a three-year political limbo between 2017 and 2020.

Things had to change and have changed.

So, there has to be space for arguments – both in private and in public. It is the way of politics.

Three months is such a short time – yet within that frame so much has happened.

That move by the two governments in January to force the pace in an effort to achieve an Executive here was the right decision.

It represented the next chance and perhaps a last chance for Stormont.

The parties know that. It is why those political institutions will stand and survive through this pandemic.

At some point, the debate will return to legacy, to the fallout from Brexit, to the 2021 centenary of Northern Ireland and to the new-Ireland conversation; but, above all those things, there is the need for a much bigger conversation.

How we live alongside the Coronavirus; how we balance distancing and closeness and how the world begins to recover from the trauma and the deaths of these days.

These are the new pressures and the new priorities that will ask for and demand new ways from us all and, in all of that, it won’t matter if you are green or orange.

Count the dead north and south in recent weeks and ask what the border means in the context of Covid-19.

It is an invisible line through which this virus has travelled; not stopping to think about the politics of this place or its people.