You are at:Home»News & Current Affairs»Coronavirus»COVID-19 HAS NO INTEREST IN OUR POLITICS AND NO EMOTIONAL ATTACHMENT TO OUR PAST – by Brian Rowan
Social share:

Right now the virus is winning. We read that in the daily totals of the dead; in the grim and frightening figures that are the story of this pandemic.

Already, here, on our island home, there have been more than 100 deaths; and, yet, the modelling and predictions, that paint the different scenarios, tell us we are not even close to the beginning of some end.

The peak of the first wave may not be far away. 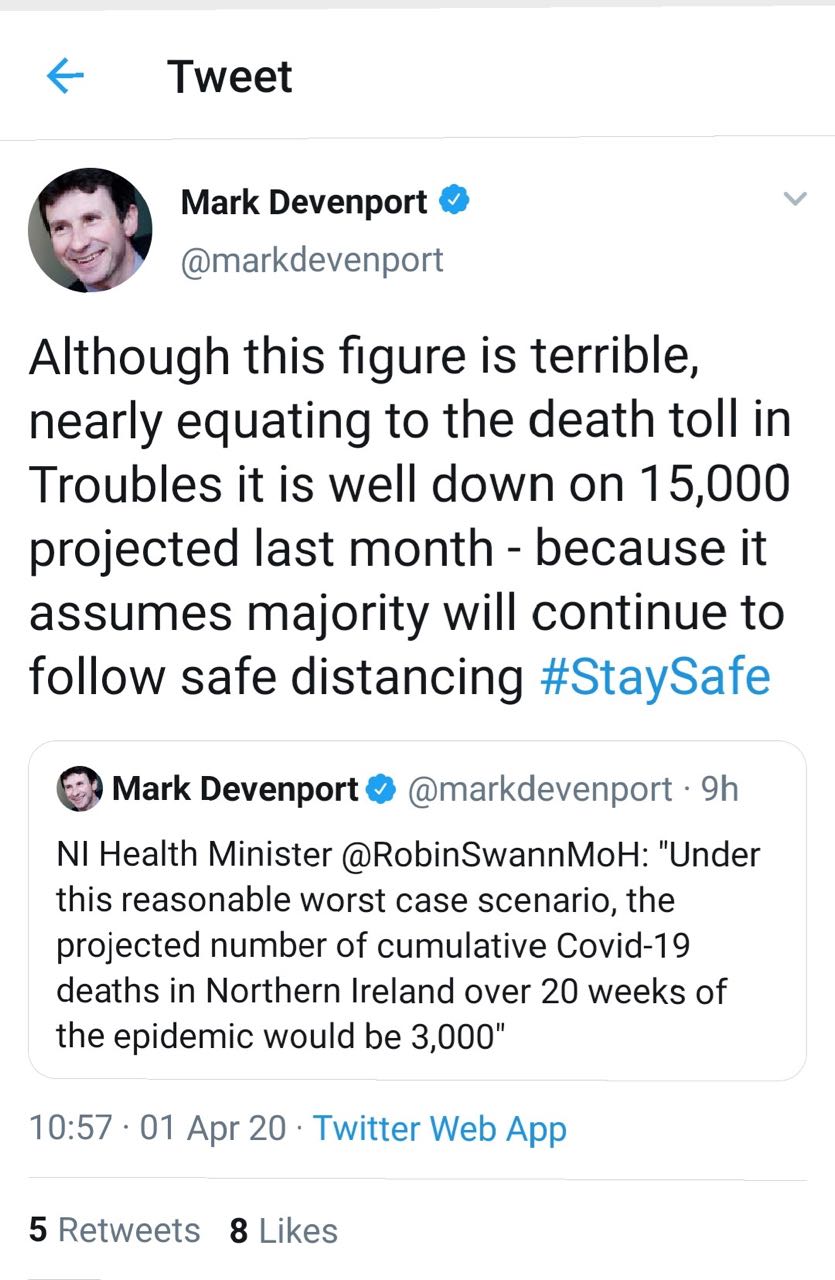 There will come a point when we will be afraid to read inside the pages of our newspapers; when we will switch our radios and televisions off, and we will try to close our eyes and our ears.

The dead will be forgotten, except by those to whom they were closest.

That is the way of these things.

ALREADY WE HAVE CLOSED OUR DOORS

That is those of us fortunate enough to be able to do so. 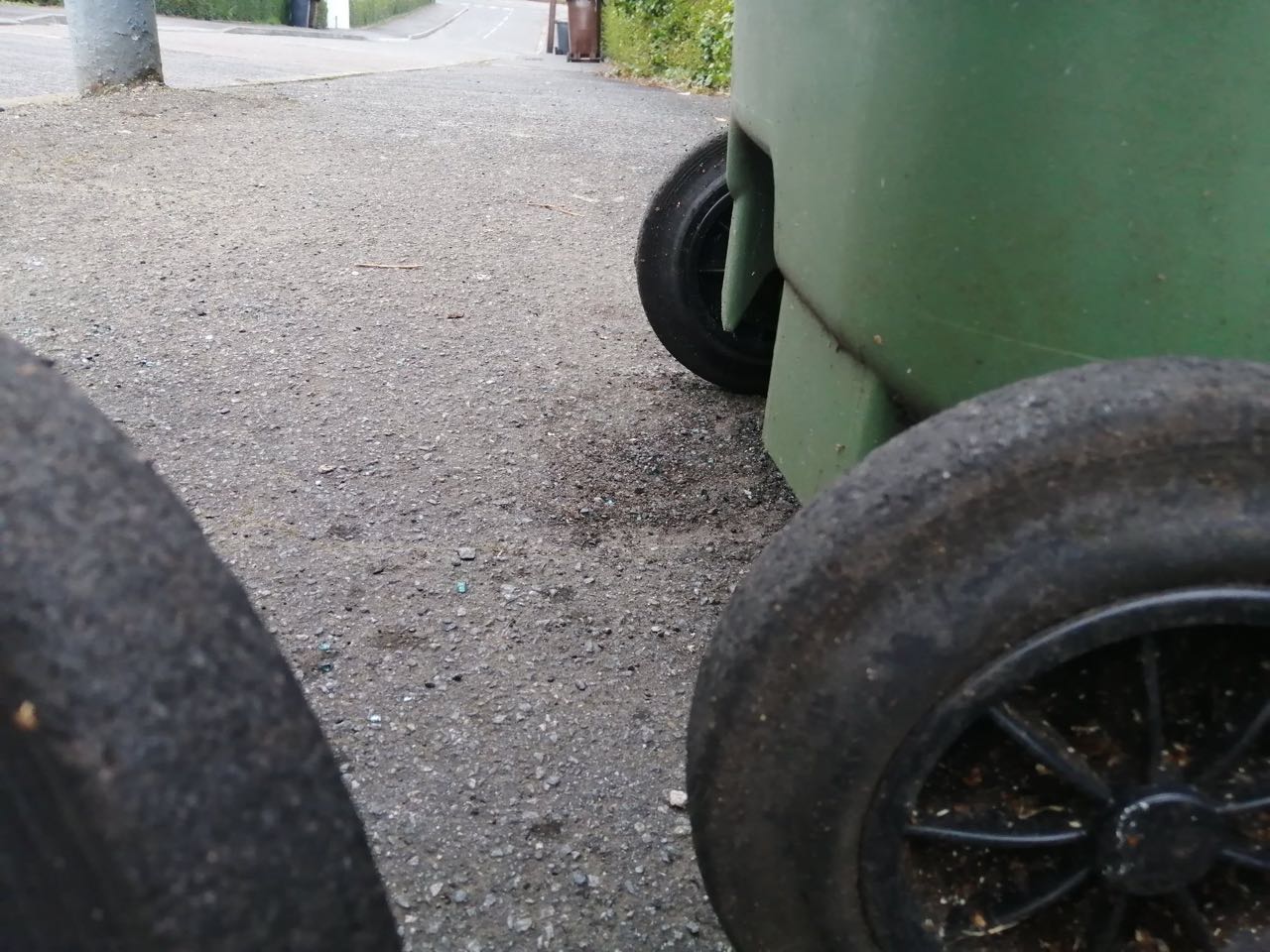 Others cannot do that; those on that still long list of essential services out there and working for all of us.

Covid-19 is on a wrecking mission in the here-and-now; battering and bowling people out of its way as if they were skittles.

In the life and death of now, the political rows of Brexit and legacy seem so irrelevant; pushed into the background for some other day, but not this day – not now.

Yet, there is always politics in the business of this place.

Some, have tried to present Michelle O’Neill’s demand for more equipment and more testing and a quicker pace as undermining the health minister and the wider Executive; present her questions as some attempt to turn this into some green and orange play.

There is again talk of “shadowy figures” in the Sinn Fein background.

It is none of those things.

People looking for a Felons Club or Connolly House conspiracy have little to do with their time. 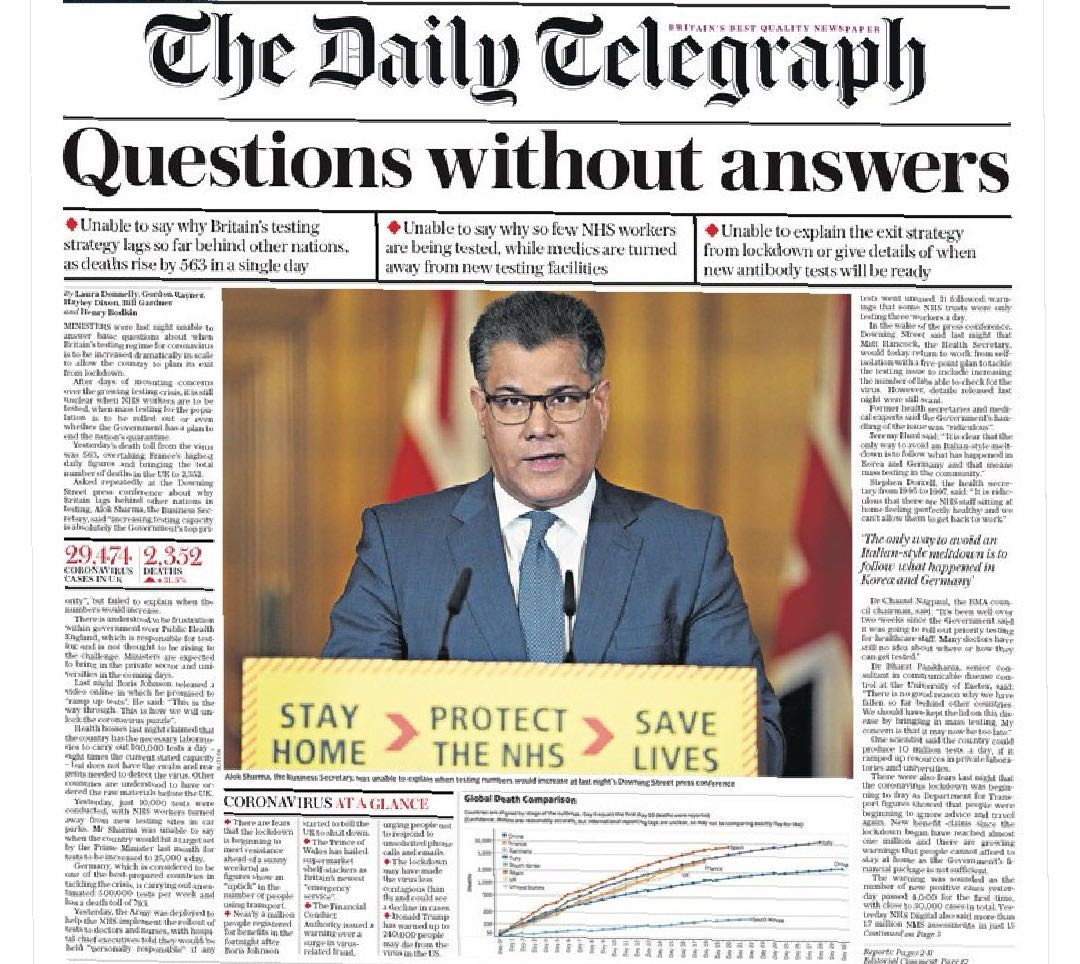 Just look at the front page of today’s Daily Telegraph and at the questions being asked on it.

Do they sound familiar? They are the same questions in a different place; the same concerns being expressed elsewhere.

GHOSTS OF THE PAST

Sinn Fein has also been questioned and quizzed about its view on a possible  role for the military in the building of some field hospital.

Remember how difficult the Maze/Long Kesh project was for the unionist community; so difficult indeed that it crumbled and collapsed. Peter Robinson had to send a letter from America.

The concern then was that the proposed peace centre would become some shrine to the IRA hunger strikers.

In another part of the community, the military is one of the ghosts of our past.

So, all of us need to look through both eyes and open our ears.

A different opinion – or different emphasis – is not a bad thing.

IT IS NOT A CONSPIRACY

Remember, not that many weeks ago, there was no government here. 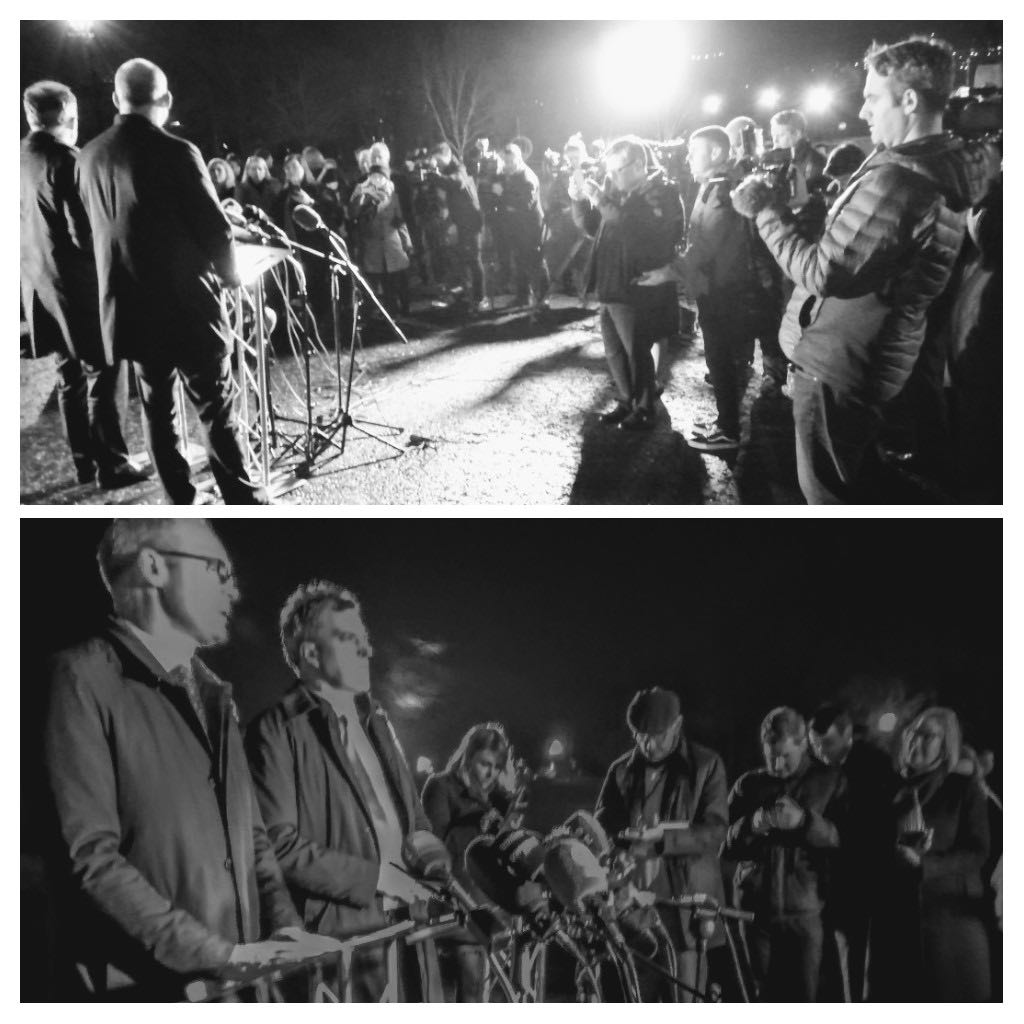 What if Stormont had not been rescued in that Julian Smith-Simon Coveney mission – what then?

It is a scary thought.

We would have been left in the hands of Johnson and Cummings, who care little for this place.

Those few months ago, no one expected that this virus would be the first test of this new Executive; and no one should expect that any one person has all the right answers.

Should people such as Michelle O’Neill be silent if they have concerns?  No they should not.

This is too important.

It is life and death and it demands the best care and actions and equipment now.

In this fight – even with a border – we are not living in two separate places.