From a threat perspective, all of this talk about ‘shadowy figures’ and the IRA Army Council is viewed as “largely irrelevant”.

“There’s no risk,” a security source commented. They’ve [the IRA have]crossed the Rubicon.”

It is a conversation that takes us into the contradictions of peace and then into the moral maze that are the complex paths out of conflict.

Beyond the IRA statement of July 2005 that ended the armed campaign, there have been numerous reports and assessments.

In September 2005, an international commission headed by General John de Chastelain reported that the arms decommissioned by the IRA represented the “totality” of its arsenal.

The inventory of weapons, explosives and ammunition was never published and, within weeks, the de Chastelain assessment was questioned.

Another of the peace process commissions – the Independent Monitoring Commission – reported that not all IRA weapons and ammunition had been handed over for decommissioning.

This information stemmed from a shared MI5/PSNI assessment.

Since then, there have been many other reports tracking and scrutinising the IRA transition – a dismantling of the structure that never reached full disbandment.

“PIRA OF THE RECENT AND VIOLENT PAST IS WELL BEYOND RECALL,” IMC report September 2008.

In these reports there is a constant theme and thread; assessments that reference a commitment to peace and politics.

“IT IS OUR FIRM ASSESSMENT THAT PIRA’s LEADERSHIP REMAINS COMMITTED TO THE PEACE PROCESS,” intelligence report October 2015.

Yet, under those headline assessments, there is an unresolved issue; that of a present-day structure, including an Army Council, albeit with a strategy that now has “a wholly political focus”.

One source summarised the various assessments of recent years in these terms.

That some weapons have been retained, that activities have included attempts to identify CHIS (covert human intelligence sources), that these things are beyond politics, but are not violence and nor do they represent a threat to go back to war.

What all of this tells us is that peace is neither pure nor perfect.

This is the stuff of the moral maze from which a poison periodically seeps or is deliberately poured into the political system.

In the fallout from the earthquake results in the Irish General Election, we are in one of those moments.

The ‘shadowy figures’ and the Army Council have been written back into the scripts as reasons – some would argue as excuses – as to why people should have concerns about Sinn Fein in government.

This is when peace becomes politics – becomes personal; the ghosts of past threats and war have been summoned as part of the play.

During the long negotiations to restore the Stormont institutions, no such concerns were raised by the Irish Government; no statement or stance that the DUP, UUP, SDLP and Alliance should refuse to enter an Executive with Sinn Fein.

A security source with whom I spoke, had this to say on the narrative of ‘shadowy figures’: “It’s all out in open sight,” he commented; meaning that some who once held senior IRA roles are now embedded in the politics – north and south, including Martin Lynch, Sean Murray, Sean Hughes and Padraic Wilson.

From the beginning, they have been central to the peace process negotiations.

Do they have more say than Mary Lou McDonald and Michelle O’Neill or Gerry Adams and Ted Howell? 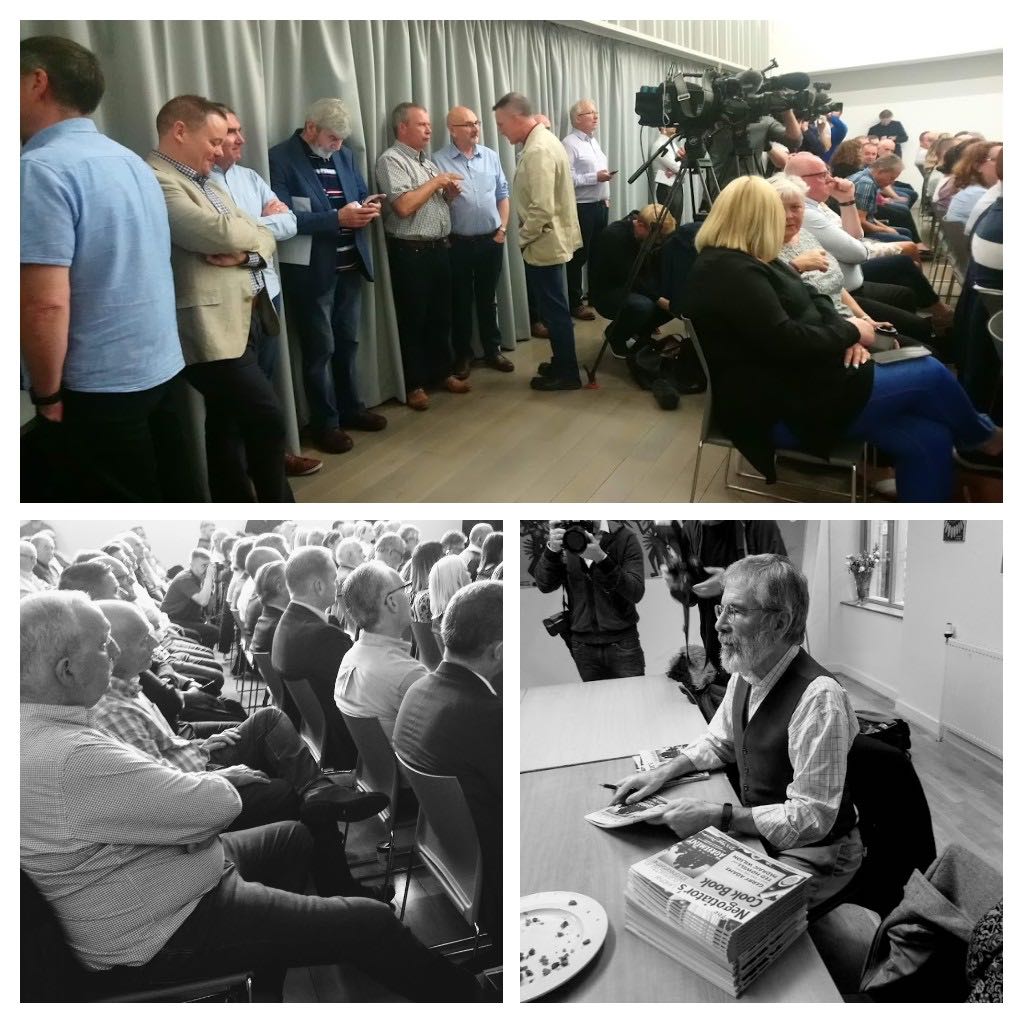 They are part of a team – all in the same rooms and places now; this as a result of that “wholly political focus” that has been described in intelligence assessments.

Wilson and Howell are co-authors with Adams of ‘The Negotiator’s Cook Book’.

THE WAR MINDSET HAS BEEN DECOMMISSIONED

This has been the most important decommissioning of all, but still questions and concerns linger.

So, is there something more the republican leadership could do to reassure – to convince – others that the threat is gone?

It is a questions I asked of a security source: “I think they’ve got themselves on a hook,” he responded. “They’ve said the IRA has gone away – the war is over…It might be we just need a generation to pass.”

My source likens this to the Adams/IRA question that can’t and won’t be answered; certainly not in the here and now.

Waiting for a generation to pass is a reminder that peace is not an event but a process; something that takes time and patience.

We do need a legacy process; a process that reads those many reports and assessments that chart the transition from conflict and towards peace; a process that recognises that the wars are over and removes jail from the equation.

WE NEED TO DEPOLITICISE THE PAST

I said in a recent television interview with Mark Simpson of the BBC that as part of that wider frame, the republican leadership of the 70s, 80s and 90s has to find a way – with all the other sides – to answer the questions of that period in a way that frees today’s political generation and leadership from the chains of the conflict period.

The late Albert Reynolds played a lead role in the making of the ceasefires of 1994 and, four years later, Bertie Ahern with Tony Blair and George Mitchell made the Good Friday Agreement possible.

What is it that Fianna Fail and Fine Gael fear in 2020?

Is it really the shadowy figures of yesteryear  or is it the new challenge that has arrived on their doorsteps – Sinn Fein as a major political force; meaning it’s no longer two big parties, but three.

HANGOVERS FROM THE PAST

“This commentary [about shadowy figures and the Army Council] doesn’t change anything,” the security source with whom I spoke for this piece commented – “apart from opponents throwing it at them.

“They [Sinn Fein] have a significant and growing mandate.”

This, south of the border, is what has caused the earthquake; the polls beyond the election results adding to the tremors.

We can try to shape that depoliticised legacy process that gives all the practical help possible, that opens ways for maximum information/answers from all the sides and that shows the path to some proper remembering and reconciliation, or we can continue to fight the old wars and, for selfish political interests, employ the politics of fear.

Those are the choices.

Inside the moral maze, all kinds of compromises are both demanded and expected.

Peace is forever imperfect and unfinished.

Social share:
Previous ArticleIs support for Irish unity at 29% – or 45%? – By Kevin Meagher
Next Article A Northern Irish identity is the new passport to unite us – By David McNarry