You are at:Home»News & Current Affairs»THE ‘SHADOWY FIGURES’ ARE NO LONGER A SECRET – By Brian Rowan
Social share:

They have name passes and telephones.

If you look, you can see them – often walking and talking in the corridors of Stormont.

In the canteen, they choose from the same menu as everyone else; no special treatment. They eat the same things.

When news conferences are happening in the Great Hall, you often see them watching from the balcony above; this during times of negotiations when they are embedded in the Stormont buildings and not in Connolly House (the fascination with this place a figment of many imaginations). 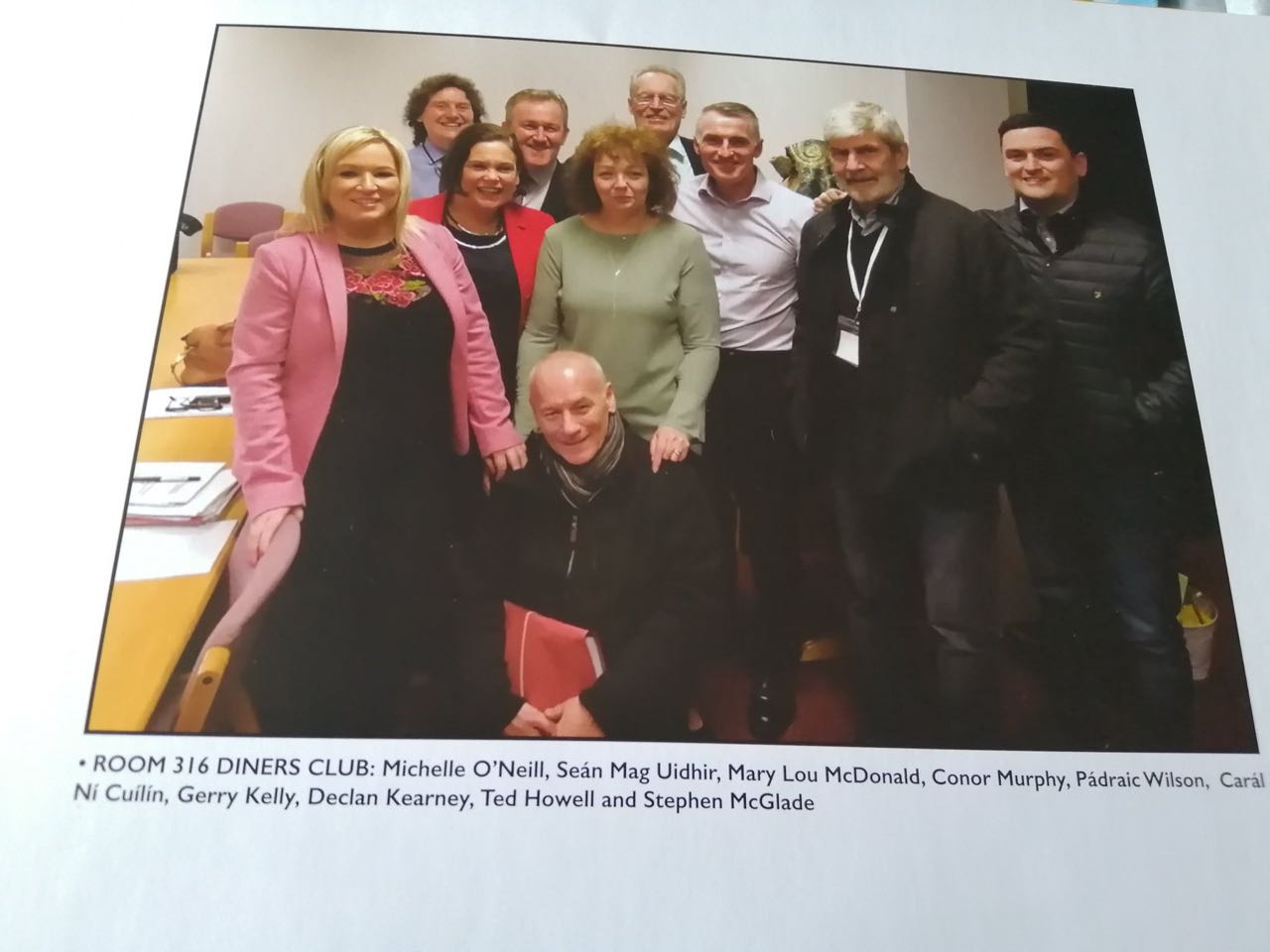 Two of them – Ted Howell and Padraic Wilson – are co-authors with Gerry Adams of ‘The Negotiator’s Cook Book’. Their photographs appear inside.

They are part of a wider negotiating team, that has steered republicans through two-plus decades of the peace and political processes.

In that period, Howell has been in Downing Street with Adams and McGuinness.

So, if you are paying attention, the shadowy figures are an open secret.

Other names that appear in the scripts about the shadowy backroom are those of Bobby Storey, Martin Lynch and Sean Murray.

Lynch and Murray are part of the Stormont furniture; part of that wider negotiating team to whom I referred earlier; the issues and the conversation have changed – politics, not conflict related.

In the Spring of 2008, the then Independent Monitoring Commission established by the two governments – made the following observation.

In this period of an Irish election, we have heard some talk about the shadowy figures; but, more than a decade ago, the IMC framed it differently – as an important transition in a developing process.

The former RUC Chief Constable Sir Ronnie Flanagan often spoke of the importance of Adams and McGuinness bringing the critical mass of the republican movement with them on this journey; the importance also of decommissioning mindsets.

In that period, the key policing and political figures – including Flanagan, Hume, Reynolds, Clinton, Blair and Ahern – knew and understood the challenges.

Some in today’s politics, who had no part in the making of that peace, have no idea of what it entailed.

They should go and do some research and some reading.

We need to get beyond the Past, something Denis Bradley – co-author of the Eames/Bradley Report of 2009 – likened to a swamp in an interview with the BBC’s Mark Carruthers on ‘The View’ on Thursday.

That swamp has been created by politics and politicians trying to re-run the conflict period on a different stage.

There were no winners – only losers, and the issue of legacy needs new thinking.

It will take us back into the shadows in a search for answers from all of the sides.

How is that best achieved?

Perhaps some of those who shaped the peace process could help create a better past process.

After all, they understood and understand this better than some of the leaders of today.

Social share:
Previous ArticleTHERE WAS NOTHING SEISMIC or HISTORIC ABOUT TUESDAY – By Brian Rowan
Next Article ELECTION 2020: FROM SHADOWY FIGURES TO NUMBERS AND SUMS THAT REPRESENT A POLITICAL EARTHQUAKE – By Brian Rowan