You are at:Home»News & Current Affairs»WHY SINN FÉIN IS ARLENE FOSTER’S FIREPROOF AGAINST ANY RHI FLAMES – By Eamonn Mallie
Social share:

Northern Ireland has politically landed in a strange place, a place which was not easily visible in the Autumn/Winter mists.

Brexit, yes, because of Brexit,  ‘All changed, changed utterly,’ but has a terrible beauty been born? Who knows?

I have been mulling over some issues in the last few days at the start of a new political term in Parliament Buildings, three years after Martin McGuinness resigned as deputy first minister bringing the political edifice to its knees: that was on Jan 9th 2017. By now he was a very ill man with the look of death in his face when he appeared on our screens that evening to explain why he was resigning after having held a meeting with FM Arlene Foster to spell out his reasons for acting accordingly.

Mr McGuinness explained he took this course of action for two reasons: Arlene Foster refused to step aside for a brief period as FM to create space to try to establish why the Renewal Heating Scheme, under her stewardship had careered out of control. The deputy FM also stated during the same press conference “It is the right time to call a halt to the DUP’s arrogance.” 0ne Dup minister had boasted around that time “the DUP were giving Sinn Féin the run around.”

I had been saying that and writing that well before that point.

These developments prompted me to write on Jan 11 2017 the following commentary titled ‘Grace.’

“At one thirty on Monday lunchtime well away from the cameras and the public an enfeebled and emaciated deputy First Minister Martin McGuinness walked into First Minister Arlene Foster’s office and greeted her in a virtual whisper. Mrs Foster rose to her feet, shocked at Mr McGuinness’s disposition, moved towards him, took him in her arms, cleaved him to her bosom and said Martin “It’ll be all-right. You and I are going to sort out this mess.

“I’ll step aside for a little while and I’ll go out and tell the world life is too short for all this bickering and arguing.”

This didn’t happen. I imagined this on Tuesday as I reflected on my sense of shock on seeing the gaunt figure of the deputy First Minister on our TV screens.

What, I thought, if the events of that day had been otherwise and Arlene Foster mindful of all our human physical frailties had acted graciously in the circumstances?

Northern Ireland would potentially be a different place not just now but possibly for ever.

Northern Ireland is a different place today and hopefully some of our politicians have been sufficiently chastened and humbled as a result of their experiences during the last three years.

Sinn Féin’s blushes were spared in the recent General Election (which flowed from the Boris Brexit débâcle) by the seminal defeat of the DUP’s Nigel Dodds in North Belfast.

Dodds had run his leader Arlene Foster and her ‘crocodile’ remark closely for the gold medal for insulting the ‘REMAIN’ community through the whole Brexit saga swaggering around the corridors of Westminster, promoting a thesis which chose to ignore the fact that the majority of the people in Northern Ireland voted to remain in the E.U. 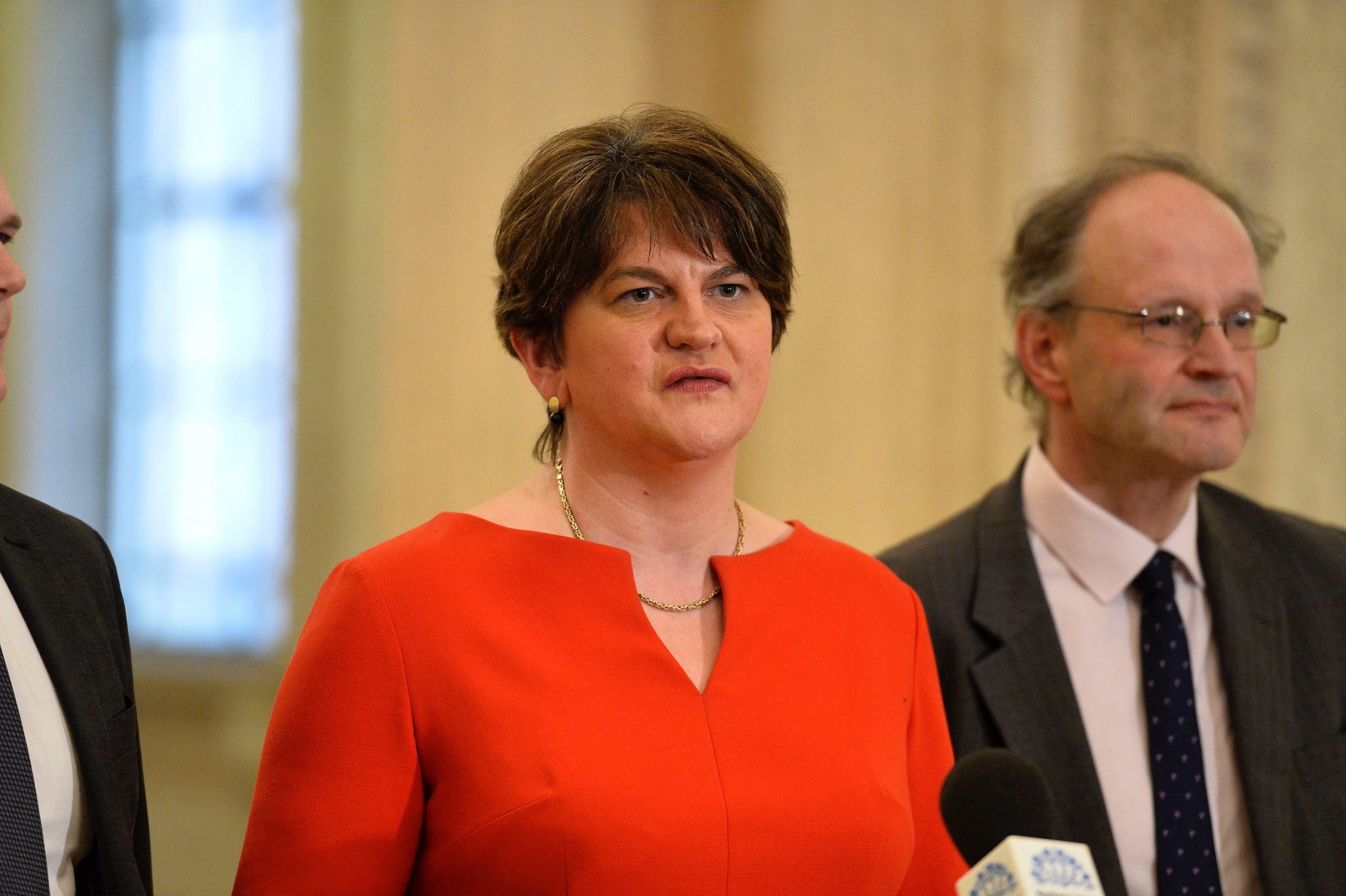 Not alone did Mr Dodds lose his seat in North Belfast because of the votes of middle class nationalists and Catholics who for the first time voted for Sinn Féin but the growth of the Alliance party vote in solid DUP constituencies was a thunderbolt for the DUP hierarchy. This was no flash in the pan. The Alliance vote in Lagan Valley, North Antrim, East Antrim, Strangford and North Down demonstrated that the DUP fought the wrong election even arrogantly presuming to know more than the  business and farming communities at the coal face.

So what are my deductions from where we are today vis à vis the DUP? This is a chastened party. Party leader Arlene Foster has struck a completely different tone and note at the start of this new political administration. She sounds generous, mature and measured in her utterances avoiding any opportunity to gloat. Perhaps now that the focus has shifted from Westminster much of the DUP coarseness emanating from there will vaporise, abate, and possibly fade away. I listened to Farm Minster Edwin Poots speaking across a range of matters on Radio Ulster this morning and again he got the tone right. He was fair and balanced in his contribution.

My sense is that the DUP has learned a lesson and I trust it is a lesson well learned.

FM Foster knows judge Patrick Coghlin’s RHI report is on the horizon and this is not a chimera. Is that it I see coming into gaze in the near distance?

I have already thumbed Sam McBride’s tome ‘Burned’ and while one can point the finger at Mrs Foster possibly over her questionable management of the introduction and handling of the RHI scheme I have not spotted any evidence of personal gain. Allegations of inattention, incompetence may be levelled at Mrs Foster but at a distance these do not amount to a hanging offence.

I suspect the direction of travel of DUP ministers and the tone being struck right now is not an accident. In the lead into the publication of the RHI report the DUP is clearly adopting a non confrontational reasonable approach with political rivals working to secure Arlene Foster’s stay in office however trenchant Judge Coghlin’s criticisms are. 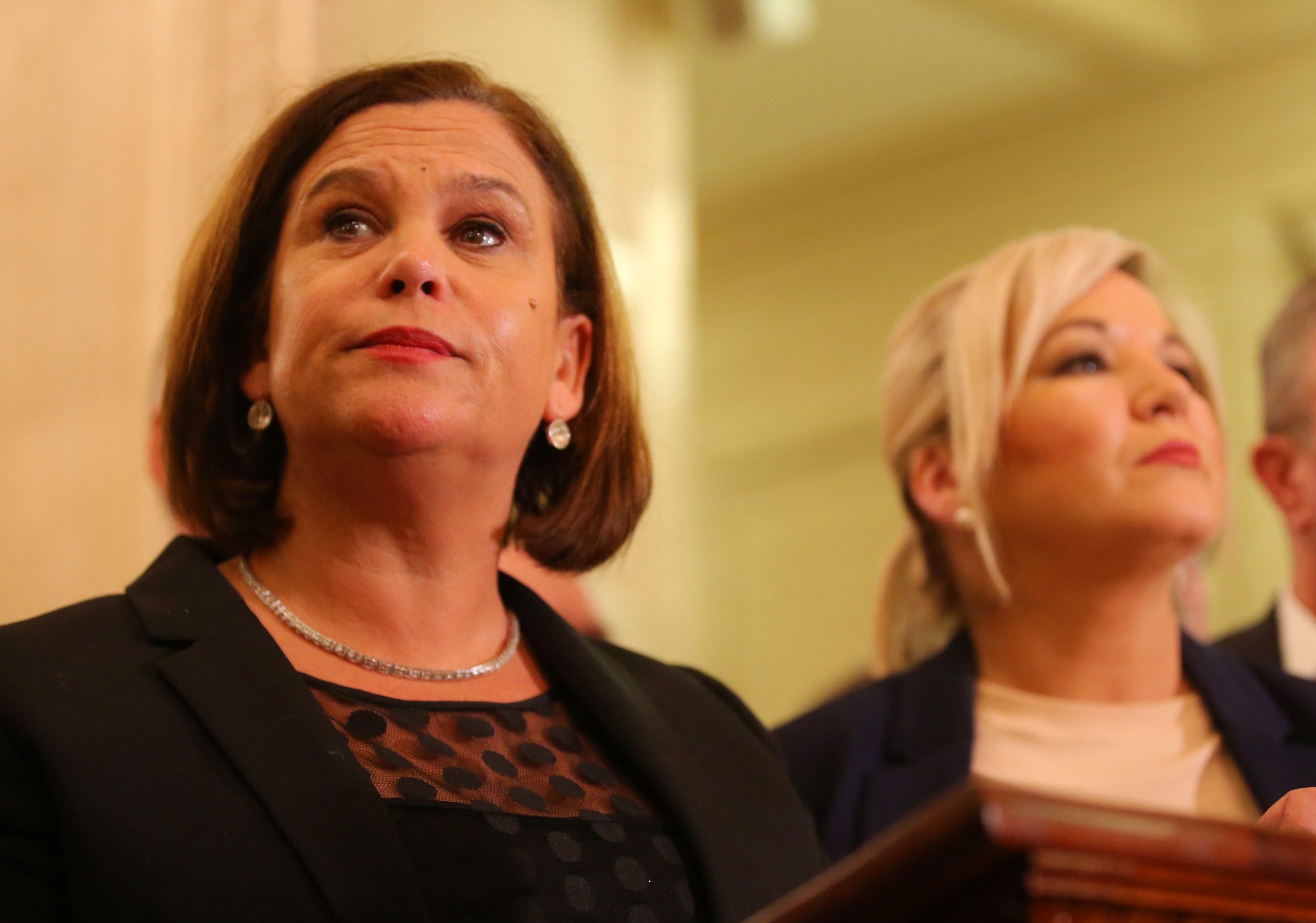 Surprise, surprise, Sinn Féin, I suspect, will be Arlene’s Foster’s best bodyguard against the excesses of any RHI criticism. A General Election is imminent in the Irish Republic and there are no circumstances in which May Lou Mc Donald and her colleagues want to go into an election in the Republic after bringing down an administration at Stormont. There would be no tolerance of such in Dublin and Sinn Féin would be shredded in the Southern media.

Social share:
Previous ArticleSTORMONT: MUCH EASIER TO SHAPE FROM COMPROMISE THAN CHISEL FROM STONE – By Brian Rowan
Next Article THE STORMONT SUMS ARE NOT ADDING UP – By Brian Rowan