You are at:Home»News & Current Affairs»THE STORMONT SUMS ARE NOT ADDING UP – By Brian Rowan
Social share:

Since last week’s agreement, the talk at Stormont has been about money – the financial package from the UK Government and whether it would be good enough.

Boris Johnson was in the Great Hall of Parliament Buildings on Monday; doing what Prime Ministers do – getting into the picture frame of a good news story.

There have not been many of those here during these past three years.

Taoiseach Leo Varadkar was also there.

An election is coming, and the backdrop is this breakthrough in the north; success at Stormont after three years of standstill. 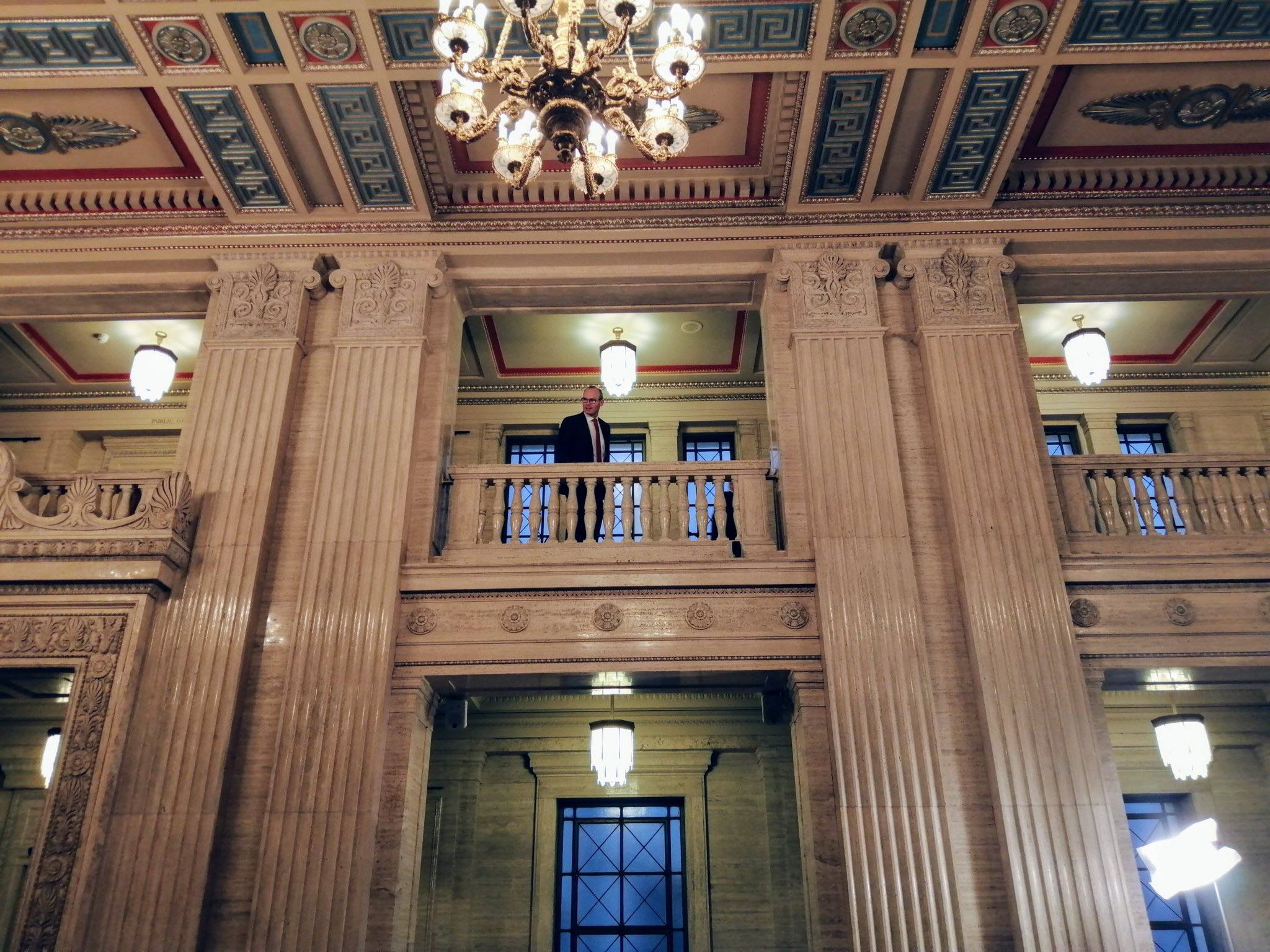 Tanaiste Simon Coveney had a big part to play in all of that; alongside Secretary of State Julian Smith, driving the pace in this latest phase of negotiation and holding to a deadline.

That deadline was Monday, but the job was completed several days early; at least the part of it that was about achieving a five-party Executive and the restoration of power-sharing.

On the latter, he gave a downbeat assessment. The financial package “falls way short” of what was expected. 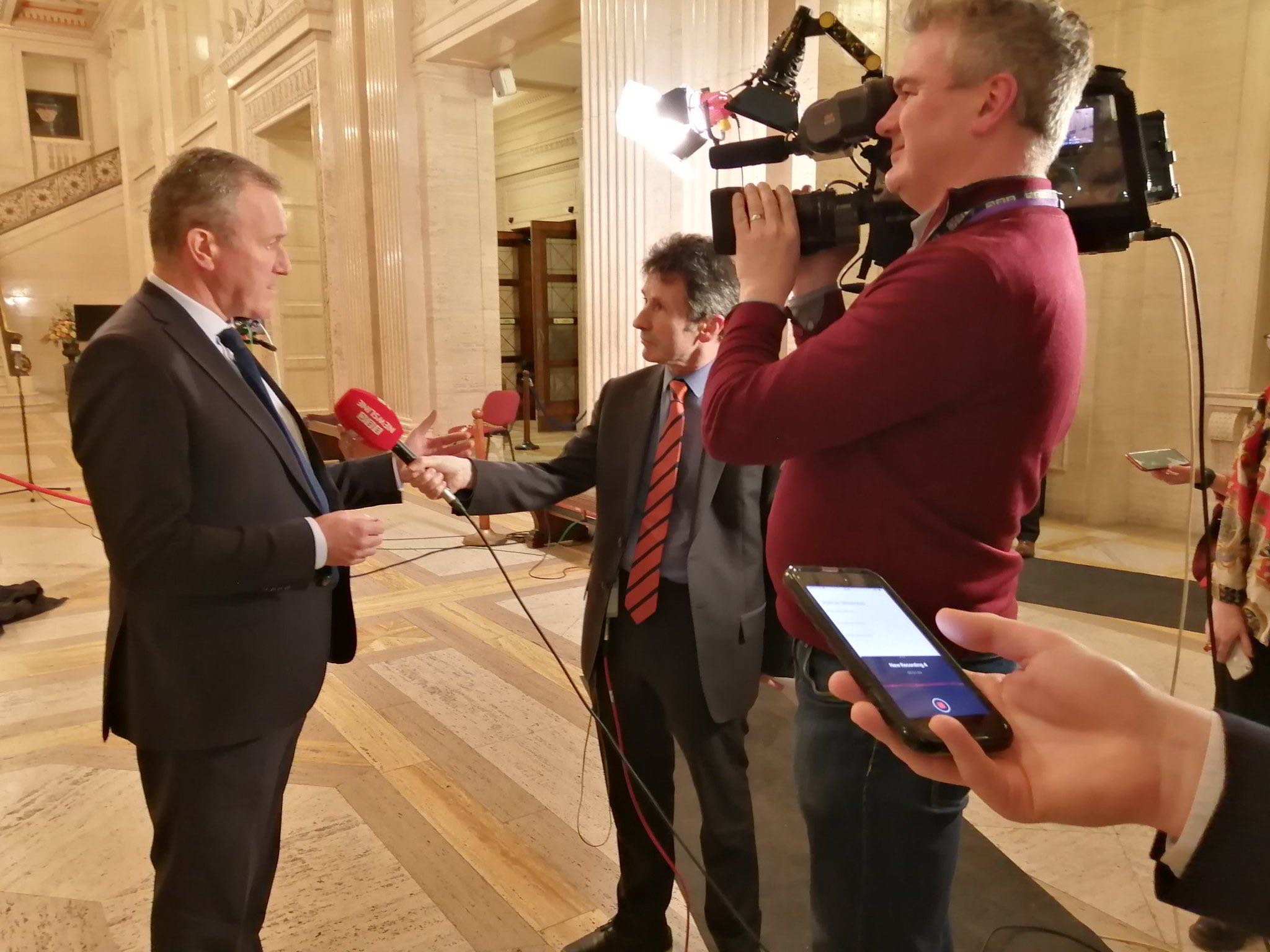 He was speaking to journalists after the parties had a meeting with Secretary of State Julian Smith.

The Executive is to meet on Tuesday to further discuss these matters and their meaning in terms of going forward.

Take legacy as one example.

The process that is being considered, including a new Historical Investigations Unit (HIU) and Independent Commission on Information Retrieval (ICIR), was originally costed at around £150 million stretching over 5 years.

That was back in 2014. The battle since has been on implementation.

An update outlined within the talks, suggested the cost of the HIU alone could reach £400 million over 10 years.

That figure is not covered within the financial package. The finance minister revealing on Monday an offer of an additional £100 million on top of the original £150 million.

The Stormont sums are not adding up; more negotiation will be needed. 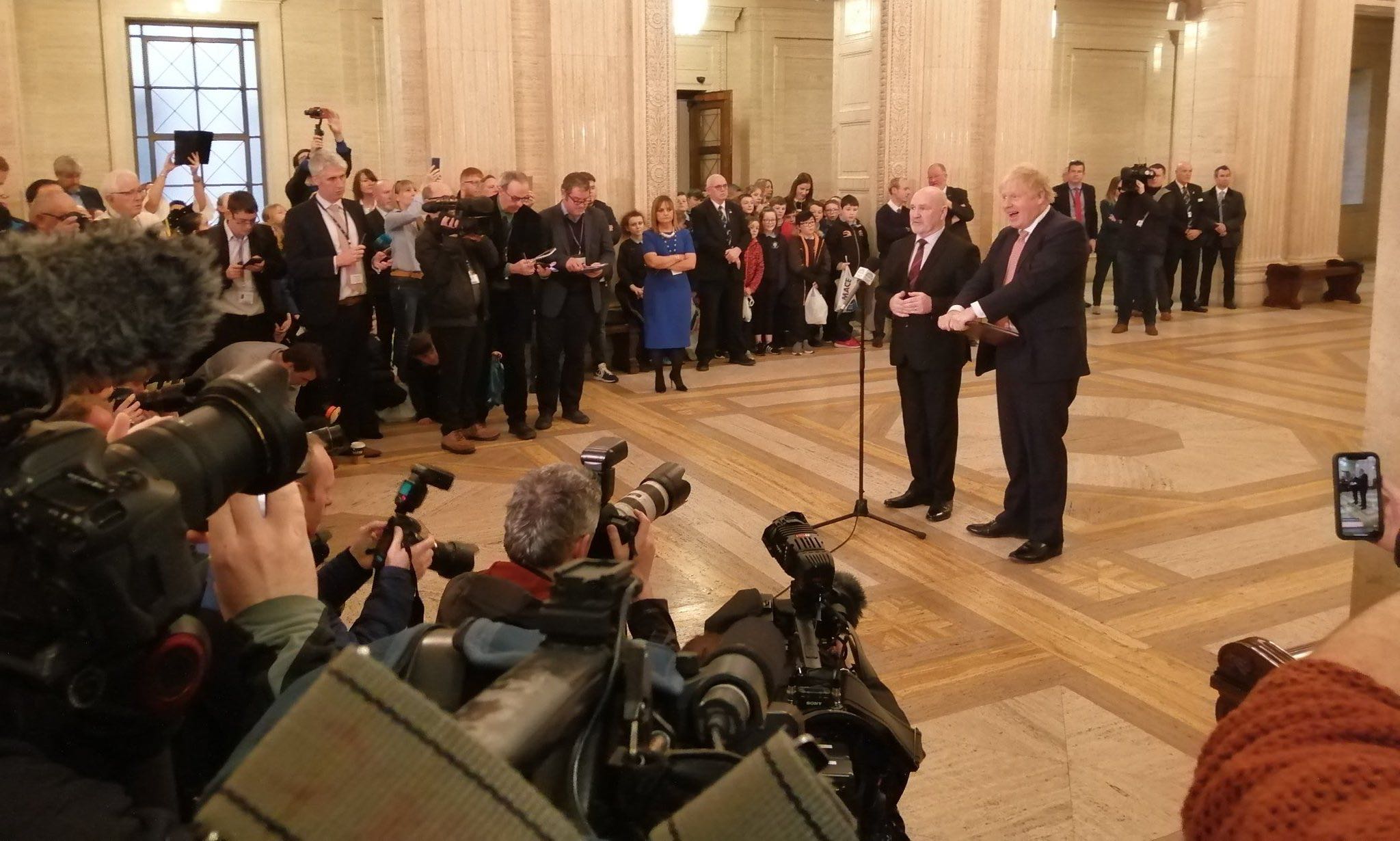 For me, the big moment on the political hill on Monday was Assembly Speaker Alex Maskey standing beside Prime Minister Boris Johnson in the Great Hall.

I remembered those days of the 1980s in Belfast City Council following Alex Maskey’s entry into that place and the sense in that period that the political roof could cave in.

Monday at Stormont was very different; a reminder of how far we have travelled and what has been achieved.

Social share:
Previous ArticleWHY SINN FÉIN IS ARLENE FOSTER’S FIREPROOF AGAINST ANY RHI FLAMES – By Eamonn Mallie
Next Article How the TUV plans to nail abuses in Government – By Jim Allister