You can allow parties too much time in a negotiation; too much space.

That was the sense of things on the political hill on Friday; tiredness, impatience – perhaps even nervousness.

Alliance MLA Kellie Armstrong encapsulated things in the description of a slow and frustrating day, while SDLP leader Colum Eastwood spoke of lots of meetings, some of them productive.

A scheduled meeting between Secretary of State Julian Smith and an Irish language delegation was postponed at the last minute; a wrong decision – badly advised.

Just think back to the collapse of the political institutions.

The straw that eventually broke Stormont’s back was the decision of a DUP minister to withdraw funding for an Irish language bursary scheme, a decision reversed but when it was too late.

There has to be learning from past mistakes.

The wider context of the demand for an Irish Language Act is about respect.

Julian Smith will not be able to meet all the demands or expectations of the Irish language delegation – nor will Sinn Fein; but you don’t invite people to your table and then leave them in the cold.

On Friday, you could feel the chill of that decision. 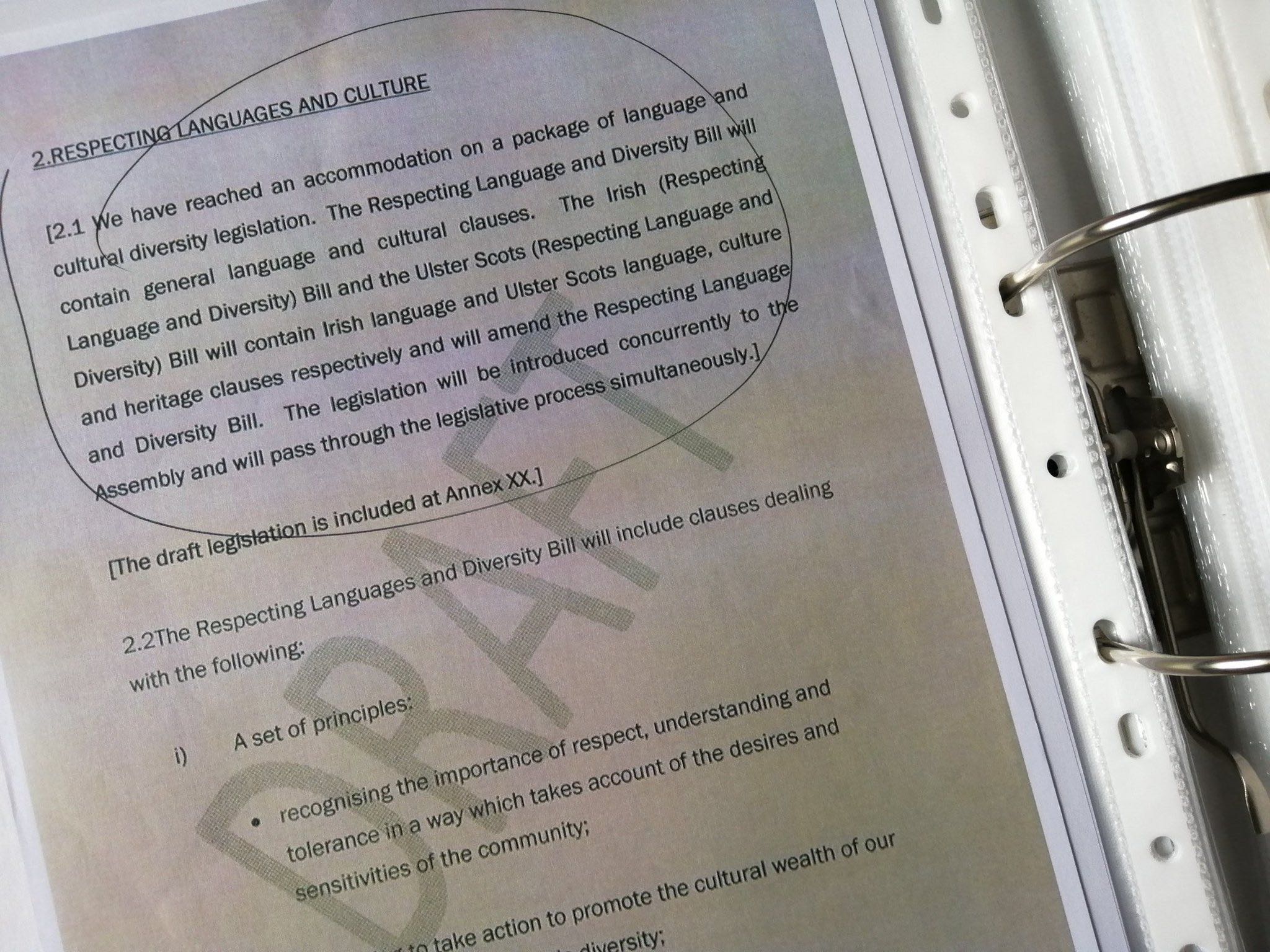 The February 2018 draft agreement on language unravelled on a disagreement on presentation; the DUP wanting to describe an accommodation on a package of language and cultural diversity legislation, but Sinn Fein’s focus and emphasis was on its Irish language aspect and Act.

Now, in 2020, that question of presentation has still not been answered.

On Friday Michelle O’Neill – who will be deputy First Minister in any restored Executive if this negotiation succeeds – said an Irish Language Act will be part of any deal, while DUP leader Arlene Foster accused Sinn Fein of reiterating red lines.

Reform of the Petition of Concern is also unfinished business.

We hear that four of the parties have found common ground; this around stricter criteria for use of the blocking mechanism, increasing the number of signatures required (possibly to 32) and introducing some refereeing aspect – a role some believe should be outside the Stormont political system. These are proposals – not agreements.

The DUP is not on this ground.

So, think of the logic of the next steps in these circumstances. It should be to try to move one party closer to the four – not the other way round, that is if the goal is to achieve a five-party Executive.

The “financial ask” and programme for government issues were the focus of Friday’s talks.

A text as a basis for overall agreement across the many issues is expected next week.

The governments should publish it to be read outside these talks.

If they don’t it will be leaked in full or part.

So, Julian Smith and Tanaiste Simon Coveney have decisions to make, including how much longer they allow this negotiation to run; right to the wire of the January 13th deadline as some fear, or to make an earlier call.

On Friday, Colum Eastwood argued that call should be before the next scheduled health strikes.

He is right. The longer this runs, the more time for the mice to get at it.

That should be one of the lessons of February 2018.

For the parties, the decision in the here-and-now is agreement or an Assembly election leading to resumed negotiations.

If it is to be the latter, the issues won’t change, but the Stormont numbers will.

It’s decision time and a moment to find the words and the ways.