You are at:Home»News & Current Affairs»STORMONT: MUCH EASIER TO SHAPE FROM COMPROMISE THAN CHISEL FROM STONE – By Brian Rowan
Social share:

If Thursday was the theatre of this process – that dramatic Smith and Coveney news conference on the hill – then Saturday was that ‘someday’ on the political calendar that many, including myself, had long begun to doubt.

After three-tiresome-years, there was no certainty that Stormont would return.

You could sense the relief and see the smile on the face of this place on a weekend when a new Executive emerged.

It is much easier to shape from compromise than to chisel from stone.

Listen, and you will still hear the doubts and the questions about the money and the magic wand that will be needed to fix what is broken.

Do the sums add up? Will the government deliver?

It is much better to be talking about calculators and calculations than crisis.

The concern is different.

A page has been turned in the political dictionary.

IT IS NOT HARD TO SEE WHAT IS DIFFERENT

Stormont feels like a place of politics and parliament again; the corridors, the canteen and coffee shop busy and a spring in the step as it begins to get back to work.

On Friday, we knew the DUP, Sinn Fein and SDLP – all with questions – viewed the text from the governments’ as a basis to return to power-sharing.

Alliance and the Ulster Unionists waited until Saturday; the latter in a tug-of-war between Executive and Opposition right up to the last minute.

The goal of a 5-party government was achieved.

We had been told not to expect the legacy proposals and battle to be part of the conversation in this latest phase of negotiations; but it is there in the agreement text; not in headlines or headlights, but as one of the next and immediate pieces of work.

Intensive talks will follow and legislation on the Stormont House Agreement will be published and introduced within 100 days.

I am told, the Ulster Unionists only learned of a legacy conversation within the talks when Secretary of State Julian Smith leaned across Doug Beattie for a brief word with Gerry Kelly.

“Within 100 days they are going to bounce us on legacy,” Beattie told this website; his anger obvious in that terse comment.

His party read the time frame for this when it was eventually allowed to see the governments’ text  about 45 minutes before publication on Thursday.

The original financial commitment to legacy was in the region of £150 million over a five year period, but the text below, shared within the talks, suggests a much higher figure and longer period of time.

Legacy, of course, is not just about money and time.

It is this fight between the Stormont House proposals and how they sit alongside government commitments to introduce new legal protections for military veterans.

You cannot have both and, after almost a decade of waiting since the first legacy report from Eames/Bradley, it would be naive to think this argument will now be settled in the next 100 days. 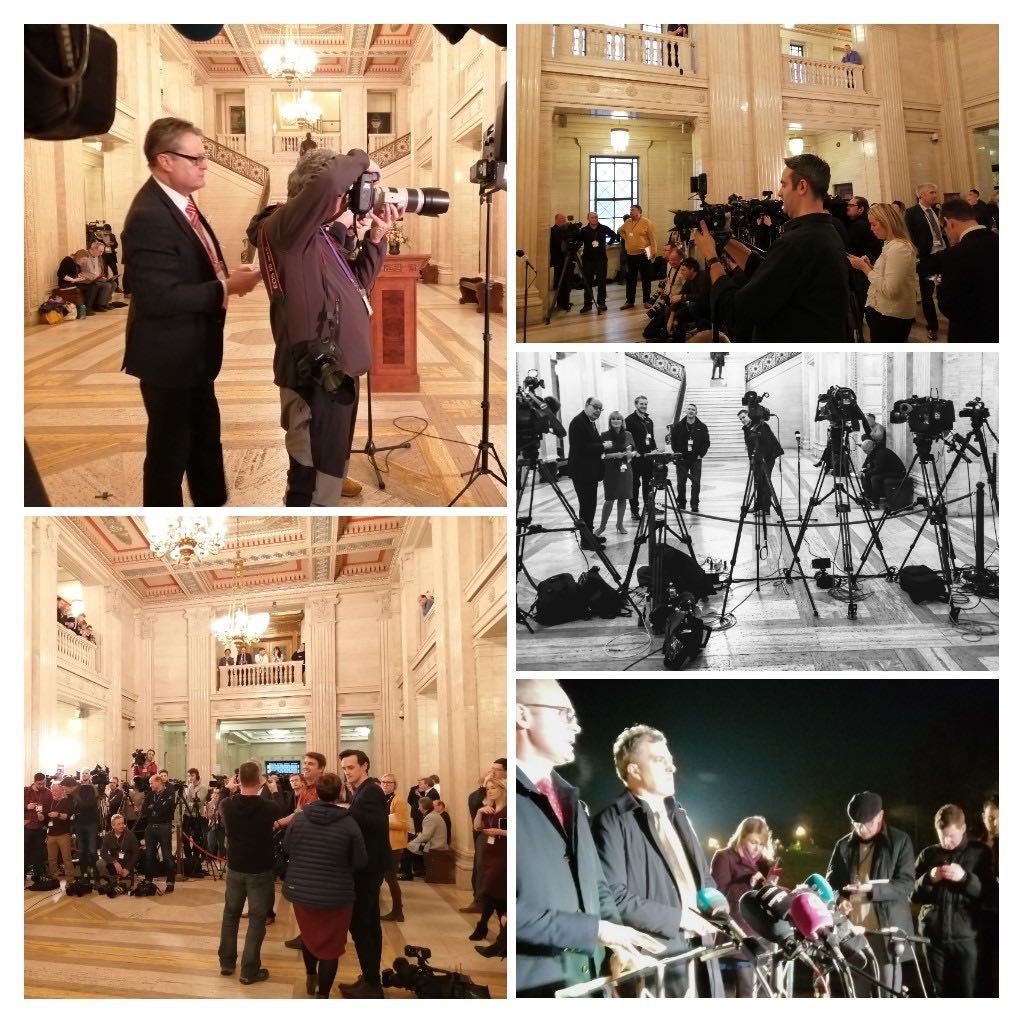 In recent weeks, there has been a media spotlight on Stormont similar to the attention given to the negotiations of the 1990s.

Back then, the British and Irish Governments – particularly Tony Blair and Bertie Ahern – asserted their authority within those talks; and those key ingredients of governmental presence and role and decision-making are what eventually made this negotiation work.

This process still needs the attention of Julian Smith and Simon Coveney.

The job is not yet done but, rather, we are at the beginning of the implementation of that vision outlined in their text NEW DECADE – NEW APPROACH.

All of this will take time.