You are at:Home»News & Current Affairs»End to Cultural Conflict means Irish Language and Parity of Esteem for All – By Eamonn Mallie
Social share:

The recent general election has exposed two constants: the Alliance Party vote is not a flash in the pan and secondly neither the DUP nor Sinn Féin can afford to take the electorate for granted in the quicksands of politics in Northern Ireland today.

These factors are inevitably feeding into the current Stormont talks.

The Brexit factor has resulted in the balance of power in the DUP shifting with Jeffrey Donaldson now in the ascendancy as Westminster leader replacing Nigel Dodds who lost his seat to Sinn Féin’s John Finucane in North Belfast. Dodds, viewed for decades as the heartbeat of the DUP is now history with speculation that he wants to go to the House of Lords. 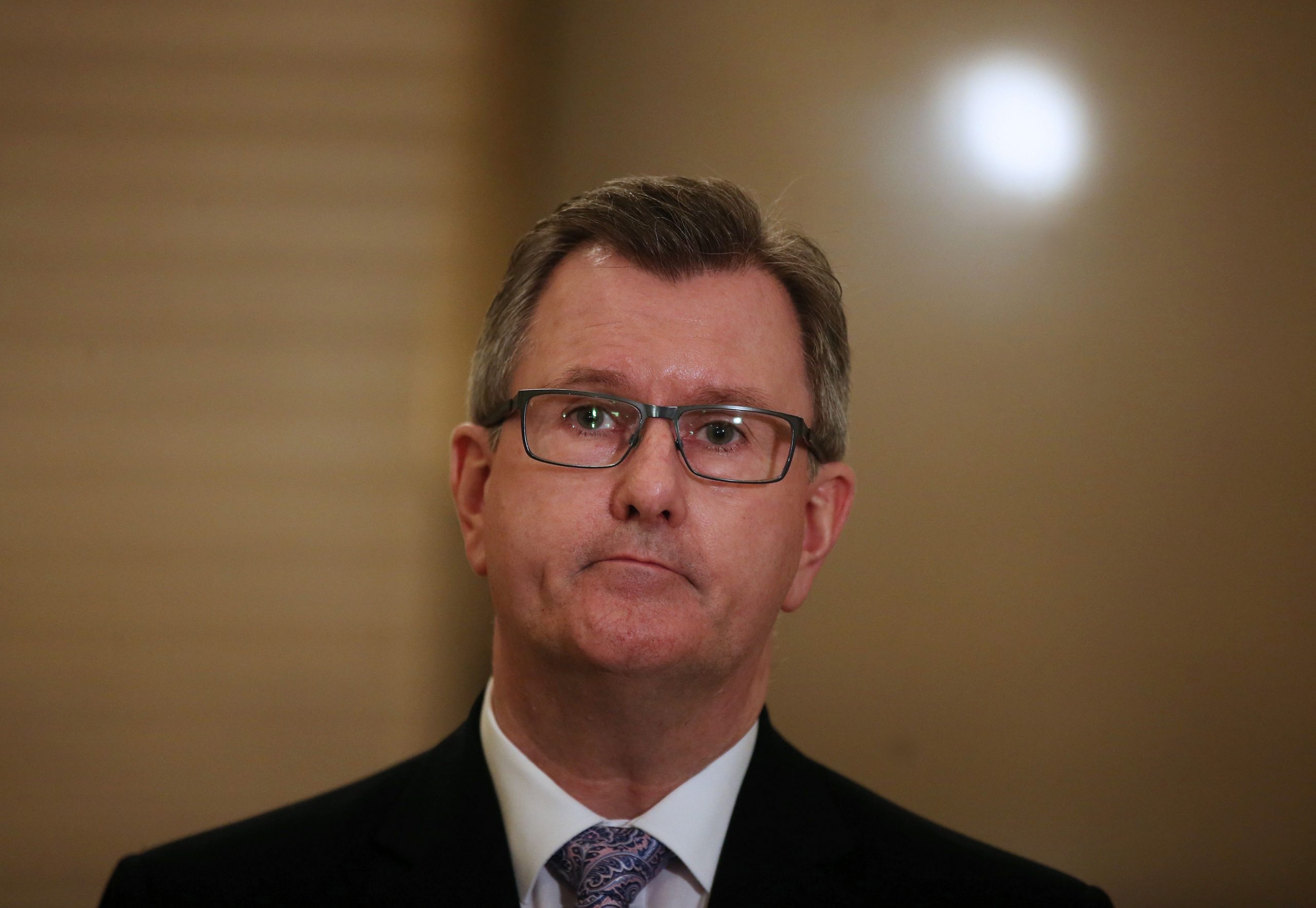 Insiders have told me many times the only circumstances in which Nigel Dodds would contest the leadership of the party would be in the event of Jeffrey Donaldson pitching for that leadership. That big prize may now fall into Jeffrey’s lap more quickly than he expected.

We are told, by a DUP insider the head of the party’s ‘thought police’ Timmy Johnston, flew to Westminster before Christmas to oversee the changing of the guard following the departure from there of Mr Dodds.

Jeffrey Donaldson automatically laid claim to the DUP’s Westminster leadership role. Reportedly he and his fellow MPs were taken by surprise when East Belfast MP Gavin Robinson declared his interest in becoming number one at Westminster but Jeffrey won through.

Mr Robinson has undoubtedly put down a marker about his short to long term intentions.

With so much power resting now in the hands of Jeffrey Donaldson and Sammy Wilson Arlene Foster will have to watch her step.

Historically Sammy Wilson has not hesitated in going for the jugular when he felt strongly about the party’s direction of travel. His intervention over Peter Robinson’s love affair with a Heritage Centre at the Maze proved fatal for the Robinson/McGuinness project triggering the former DUP First Minister’s so called ‘letter from America’ which killed off the Maze venture irretrievably.

DUP insiders also say Mr Wilson was one of the MPs who wielded the axe to scupper the February 2018 deal which Arlene Foster had signed off, at the end of negotiations with Michelle O’ Neill.

Question: Is Jeffrey Donaldson a liberal or a “dove with claws?” He comes across, reasonable and plausible, not given to the coarseness to which we are familiar from some of his fellow MPs.

He is one of the few senior DUP figures to attend conferences in the Republic of Ireland and to appear on RTE. He habitually speaks  about the need for “better cross-border relations.”

It should be remembered however,

The Lagan Valley MP categorically denied a deal had been worked out between Sinn Féin and the DUP in February 2018 which included legislation to protect and foster the Irish language. I was very specifically told at the highest level of the DUP Mr Donaldson came under very heavy pressure from a senior Orangeman on the East coast of Northern Ireland (whose name I was given) after this website published details of the deal to which Arlene Foster and senior colleagues had agreed. Any accommodation of the Irish language was anathema to the DUP grassroots. Interestingly when I challenged

Mr Donaldson in a public forum to say that he was party to killing off the 2018 agreement he repeatedly took cover behind ‘party structures’ to avoid implicating himself.

Edwin Poots, one of the DUP negotiators of that agreement confirmed his involvement in the delivery of the SF/DUP deal declaring he had written some of the document and added he was “proud” of his input. Party colleagues told me Mr Poots fell from grace at the time of his public comments as he was deemed to have broken ranks with those in the DUP who denied any February deal had been agreed. 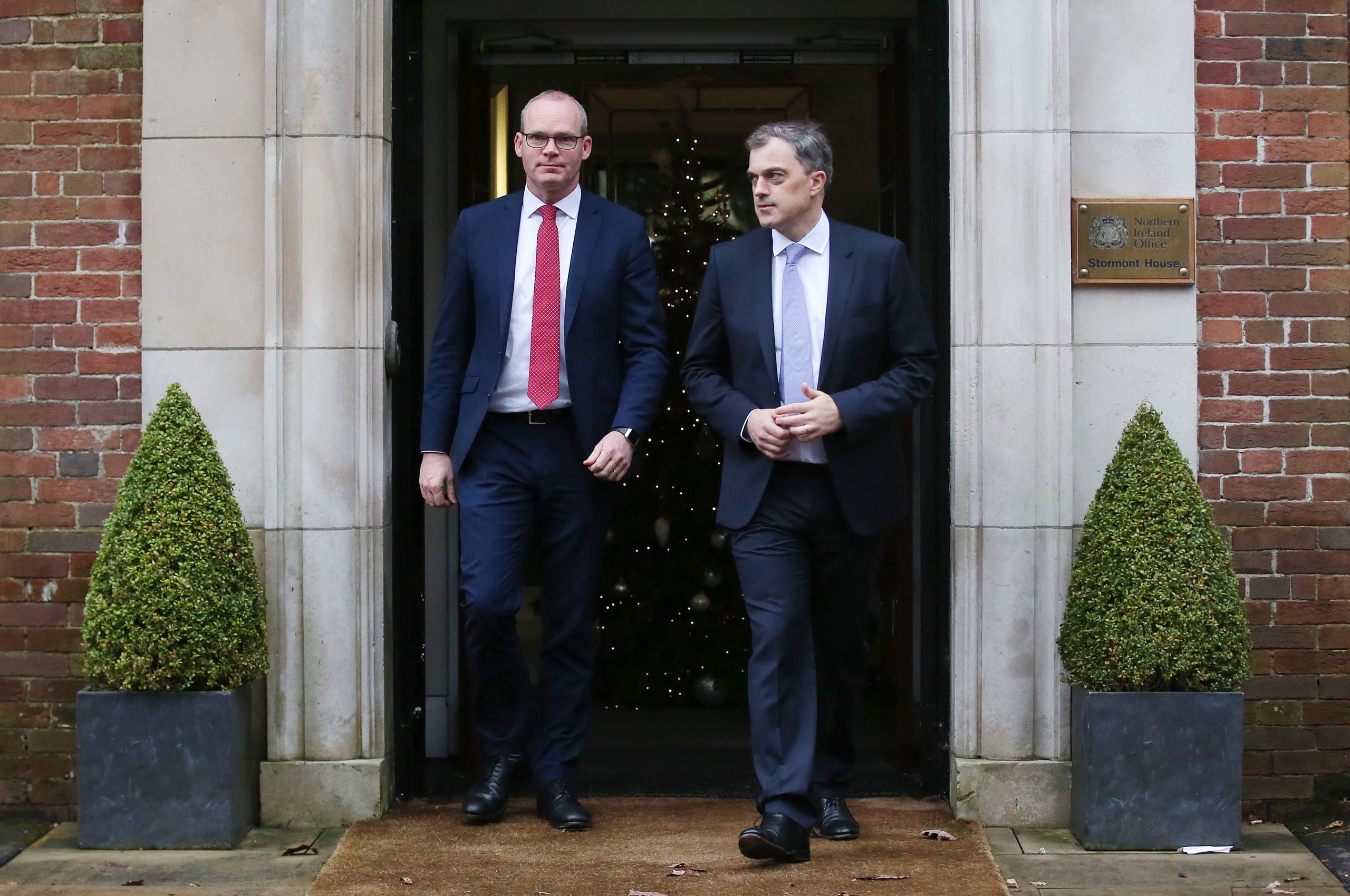 Last week both SOS Julian Smith and Irish Foreign Minister Simon Coveney called out the DUP for allegedly being the only party which wouldn’t sign up for a deal. All the other parties were said to be on side for the package on offer.

Jeffrey Donaldson again denied that the DUP blocked an emerging deal. He protested no-one would sign up to an agreement without seeing the contents and details of that deal in writing.

Question – was the DUP not at the table where the negotiations were taking place? How could they not know what the elements of the deal were?

Arlene Foster will not do a deal without Jeffrey Donaldson and Sammy Wilson by her side. Once bitten twice shy. The ghost of February 2018 lingers. She knows by now if she slips up again, the men in grey suits are coming for her. Wilson and Donaldson are cognisant of the fact that the RHI Sword of Damocles hangs over Arlene’s head.

I am advised Arlene is being given one more chance to lead the Stormont talks but in essence she is on trial and she is accident prone.

All concerned in the DUP know a working functioning Assembly and Executive at Parliament Buildings ahead of the publication of the RHI report might serve to anaesthetise the worst manifestations of Judge Patrick Coghlin’s report.

The challenge for the DUP and unionism now is for once and for all to rid themselves of any notions of superiority, or sense of divine right to legally thwart the aspirations of those constitutionally seeking an alternative, new Ireland and parity of esteem. If the pro Union vote proves to be the majority that has to be respected per the Good Friday Agreement and vice versa.

The Irish language is emblematic of one aspect of parity of esteem and one’s cultural sense of Irishness in Northern Ireland. There can be no ifs or buts. There are two communities – broadly speaking. The only way to end this cultural conflict is to legislate in a dispassionate non aggressive manner for the respective cultures.

The late Rev TP McCaughey, a Presbyterian minister, Gaelic scholar and TCD lecturer, when challenged by unionists in Oxford to say what knowing Irish did for him, replied “I feel a fuller person for having learned Irish.” Simple but profound. Imagine trying to tell an Orangeman he is to be denied of his feeling, “a fuller person” because of his Orangeism. That would be preposterous as long as that individual in the same way as the aficionado  of the Irish language doesn’t shove the mutual manifestations of either cultures into each other’s face.

In the absence of willingness by unionism to accept parity of esteem and the centrality of the Irish language to this, failure by Mr Smith and Mr Coveney to call unionism out on this will be an abdication of responsibility and in essence a reversal of what was agreed and guaranteed in the previous Anglo Irish negotiations. The British government ought to move legislatively to correct this abuse. 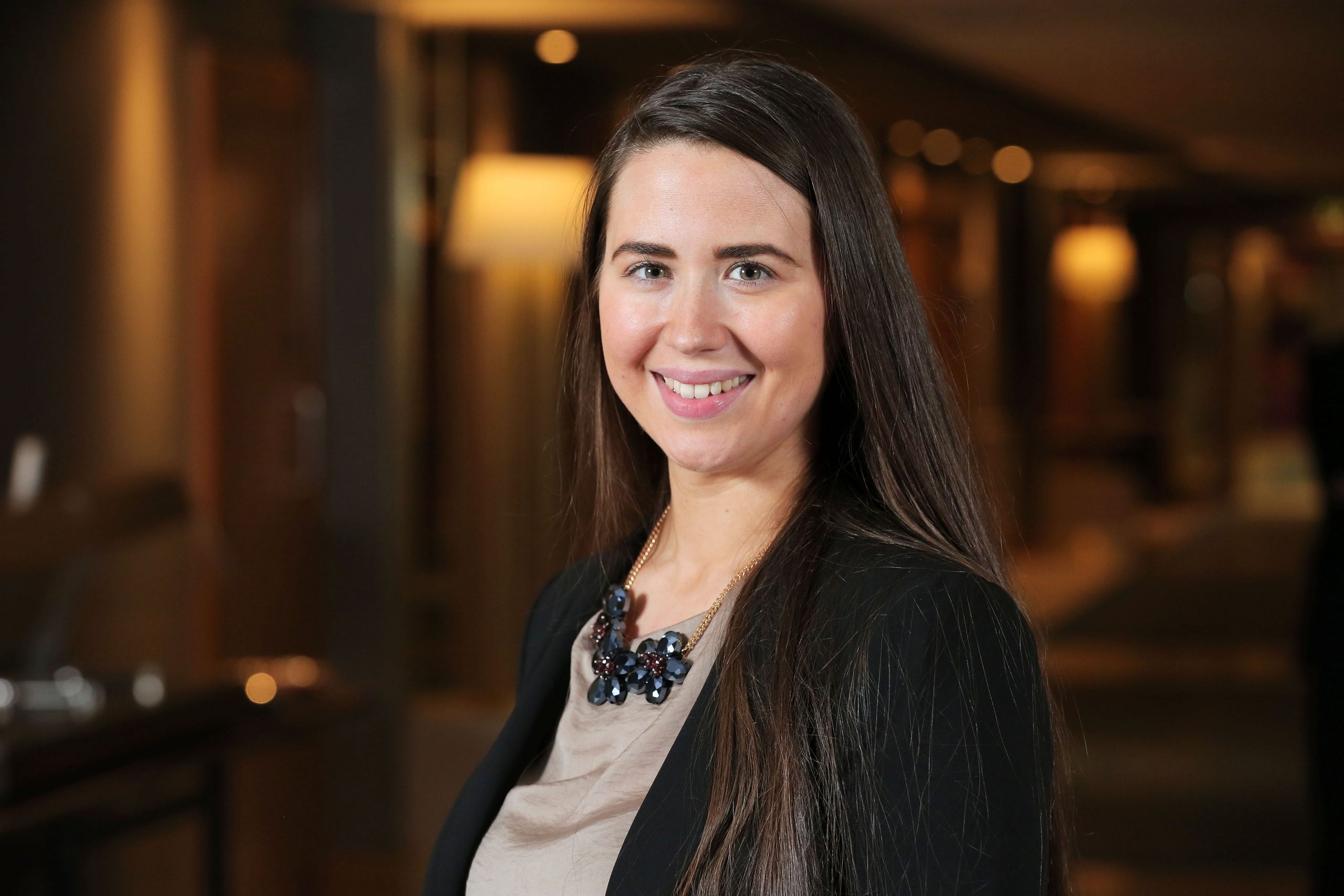 At the outset of this article I addressed the constancy these days of the Alliance Party vote. The evidence of this was the extraordinary increase in the Alliance vote in traditional rock solid unionist constituencies such as Lagan Valley, Strangford, North Antrim and so on culminating in a remarkable win by Stephen Farry the deputy leader of the Alliance party in North Down who ran away with that seat snatching it right from under the nose of of the DUP’s shoo-in, Alex Easton.

The Alliance party’s performance in the general election will only serve to embolden that party’s ambitions under the leadership of the formidable and constructive Naomi Long who consistently chooses to avoid coarseness or vulgarity in prosecuting her arguments.

Needless to say the emergence of a new thrusting generation of politicians in the SDLP and Alliance will not be lost on Sinn Féin and the DUP. 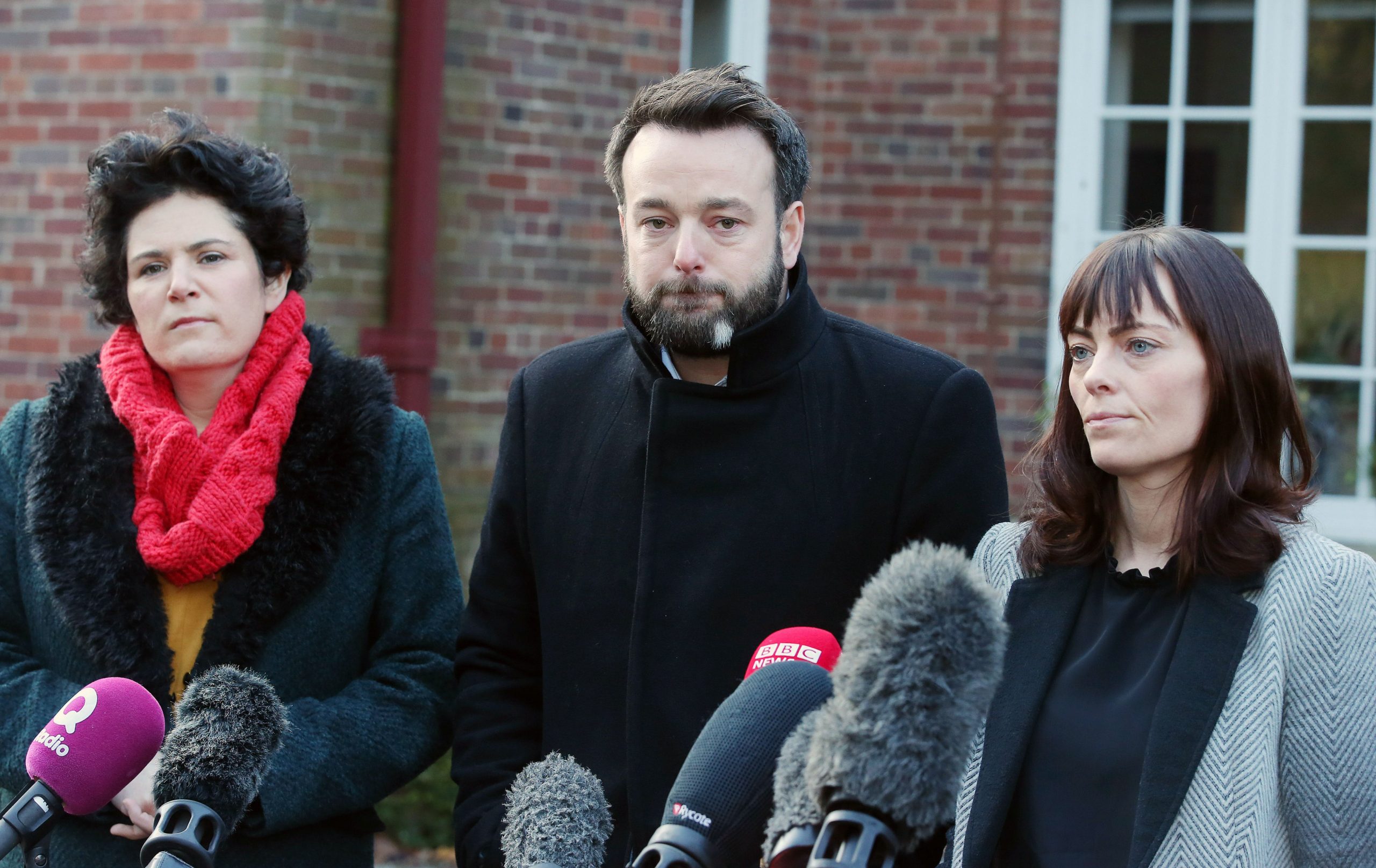 At the time of writing the fate of Emma Little Pengelly of the DUP is unclear having been trounced in South Belfast by the SDLP’s Claire Hanna in the general election. There had been a school of thought that because she is young and high profile that she would replace

Carla Lockhart MP in Upper Bann in the Assembly. Eyebrows were raised when the party executive decided Mrs Dodds should step into the new MP’s shoes replacing her in the Assembly. Diane Dodds has been involved in representational politics for close to a decade and a half and would be justifiably entitled to not insubstantial pensions. Has the time not come in the DUP to facilitate a younger generation as is happening in the SDLP and in the Alliance party?

Quite often when parties and government start talking money, a deal is in the offing. This week will test the mettle and nerve of Secretary of State Julian Smith.