You are at:Home»News & Current Affairs»THIS SHOULD BE STORMONT’S LAST CHANCE – By Brian Rowan
Social share:

For almost three years politics has been parked on double yellow lines at Stormont; a stubbornness and standstill which have been accommodated and allowed because of the London arrangement between the Tories and the DUP.

At no other time would this sham or pantomime politics have been tolerated.

Now, that Westminster arrangement has turned sour and, here, parts of the unionist/loyalist community have been worked up into a lather over borders in the Irish sea and threats to the Union.

It took a while, but the Brexit penny has dropped.

They ignored the remain vote here in 2016, and the European results earlier this year when Alliance leader Naomi Long was elected and unionism lost its second seat. They also Ignored those who recognised the dangers to the Union and who were hearing the ‘New Ireland’ conversation get louder.

If Johnson has the numbers post December 12, then he will push on with his Brexit deal. The DUP will have lost its London influence.

What then? How do you manage that anger and mood so manifest in the fallout from what some are describing as the ‘betrayal act’?

There are those who believe that we need functioning politics here; something that fills the vacuum, and this explains the renewed focus on Stormont.

“If we continue without an Assembly, then the only place to address this frustration/anger will be on the streets,” a loyalist commented.

“Pragmatism has to takeover from hysteria,” he added. That comment accepts that if Boris has numbers, then there will be no stopping him.

Just think of the possible scenario as we head towards the New Year – a Brexit deal that unionists believe threatens the Union and no Stormont as the centenary of Northern Ireland in 2021 gets ever closer.

“We have to wind it in, not wind it up,” another source commented.

So, the wardens – the British and Irish Governments – are looking again at those parked institutions on the political hill that have run well beyond their ticket time; and thinking of how they might move things out of that three-year-long-stalemate at Stormont. 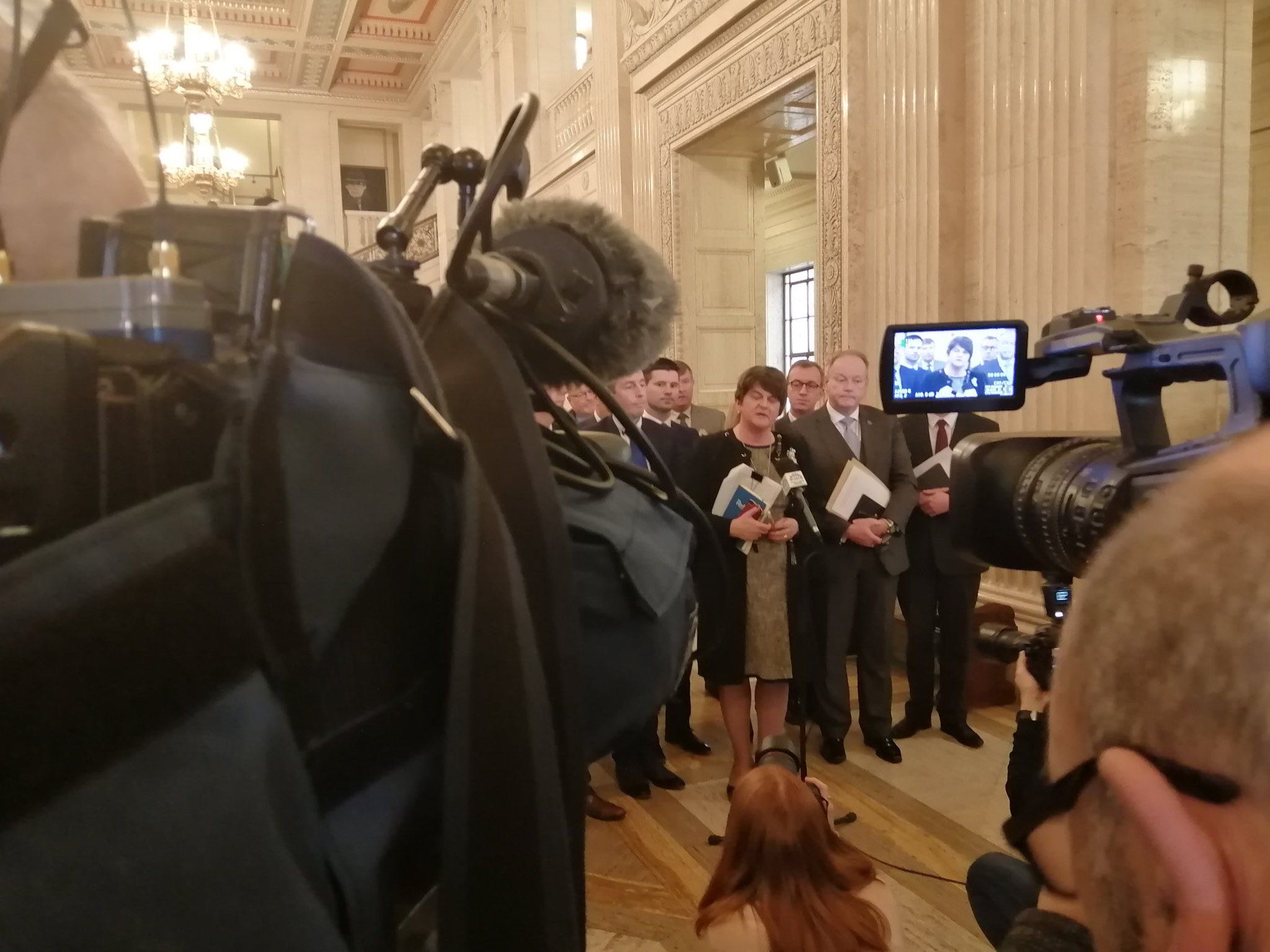 In recent days, the pre-election talk has been about post-election negotiations.

Secretary of State Julian Smith has again been meeting the parties – setting the scene for talks that try to restore the institutions before the next deadline of January 13.

If no deal by that date, then there could be an Assembly Election; but how do you magic away the poison and toxicity of the here-and-now? You can’t just pretend it isn’t there.

The Ulster Unionist MLA Doug Beattie is one of those who met with Mr Smith on Tuesday: “The Secretary of State is holding his hopes out that before Christmas we’ll come together and say nice things and form an Executive before January 13th.

“It’s cloud-cuckoo land – short-termism; a quick deal to say they have a deal,” Beattie continued.

“He thinks because Michelle [O’Neill] and Arlene [Foster] are saying nice words, we are heading for an agreement. This is a sticking plaster approach.” 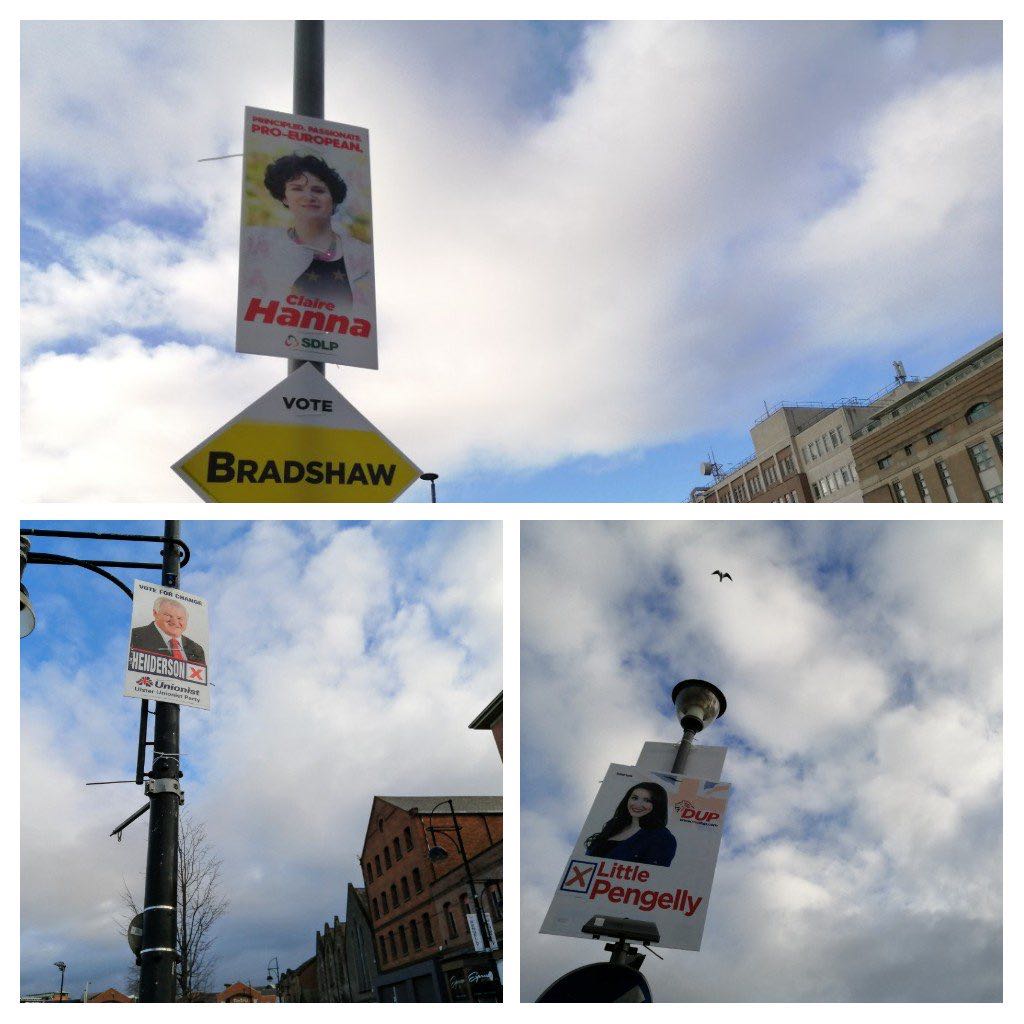 Who knows what the mood and the numbers will be when the December 12 vote is counted?

The DUP has battles to fight in South and North Belfast. 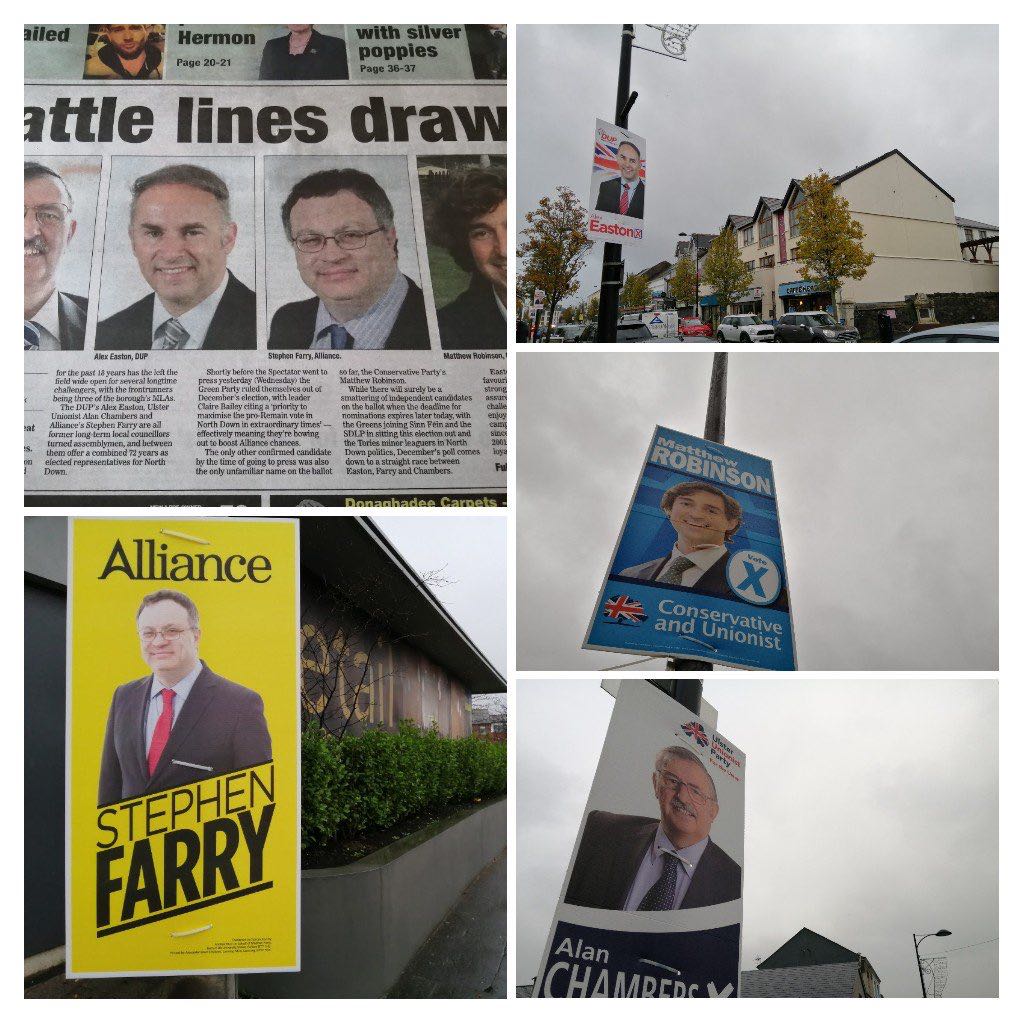 With Lady Sylvia Hermon not running, the DUP will see an opportunity in North Down, but with Brexit, and Remain versus Leave now ingrained in our politics, that new factor cannot be ignored.

It adds layers of uncertainty and unpredictability. and opens out other possibilities.

You hear it when people talk to you about North Belfast: “Nigel [Dodds] is slight favourite – just enough there,” one source comments.

“My instinct is [John] Finucane,” is another observation from someone watching closely.

These sources are not from within the DUP or Sinn Fein.

It is hunch; trying to read the votes in the tea leaves; knowing how close it was last time; listening to the mood, watching the different manoeuvres and trying to work it out.

Alliance has Nuala McAllister in the field. The SDLP and Greens have stepped out.

We are watching a number of battles across a number of constituencies. In some of those places, things will change.

Then, attention will turn to Stormont. How, though, do you lift things out of the mood of the moment?

How, for instance, do you ask for compromises on the Irish language at a time when there are concerns about the Union?

This is another challenge for the DUP. It might be easier if they have a particularly good election, but more difficult if there are losses.

The Irish language community is also watching the Irish Government and Sinn Fein on this issue; adamant that what was negotiated as part of a draft agreement in February 2018 was not and is not good enough. 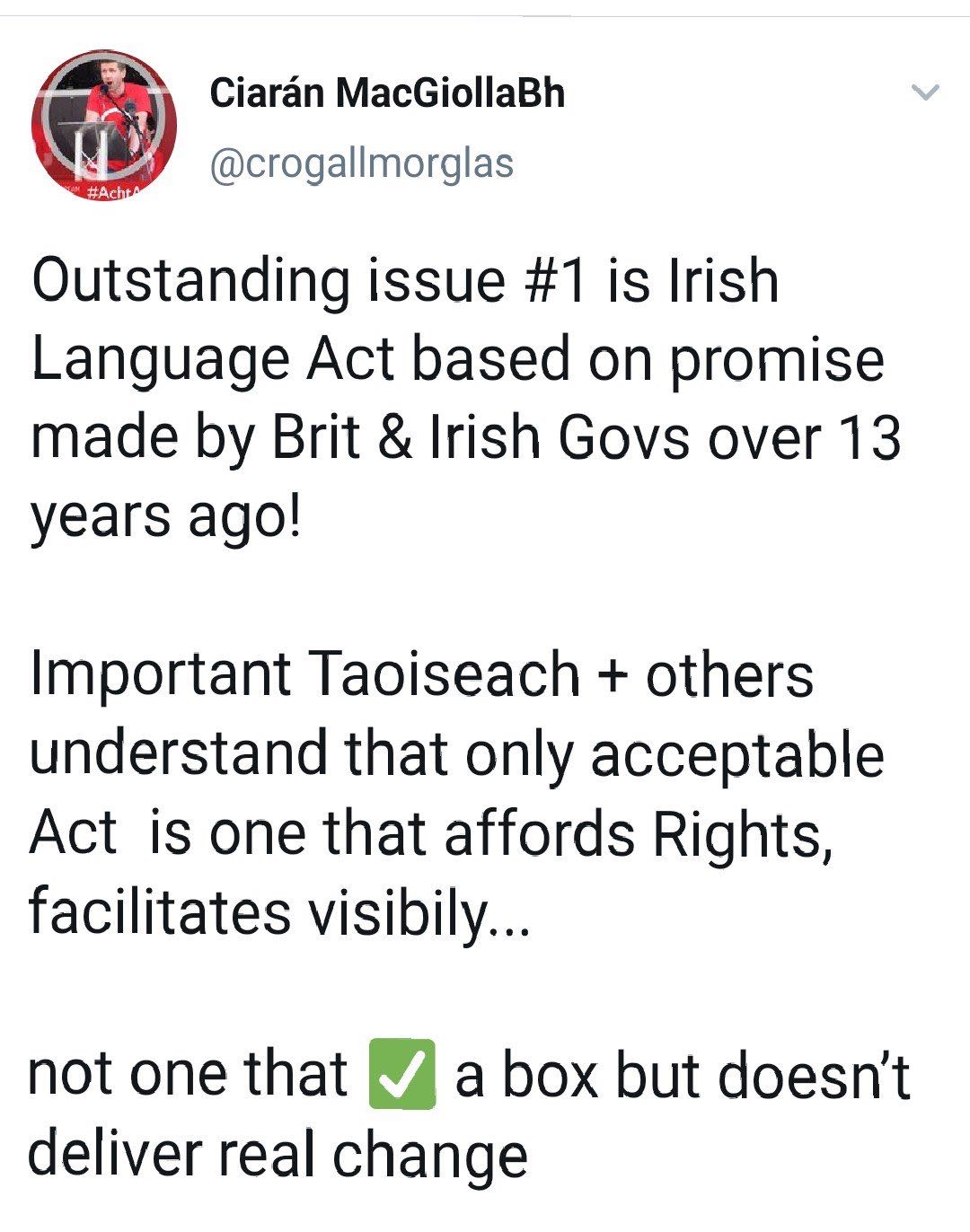 The DUP are in another scrap here with the UUP on the proposed new Historical Investigations Unit (HIU).

There is probably no such thing as a last chance for Stormont, but there should be.

You can understand the concerns of the governments, why they are still trying for some rescue mission, but they have responsibilities also.

They have allowed this farce for too long; London in particular acquiescing in the mess.

A negotiation, or an Assembly election followed by negotiations, should be Stormont’s last chance in the here-and-now.

It has long been my view that until something changed in London, nothing would change here.

So, we will watch for the results of the General Election, watch what changes, and wait then to see what happens here; but don’t hold your breath.

This could still take a while. A sticking plaster is not good enough.

Social share:
Previous ArticleSTORMONT IS NOT READY FOR SOME QUICK FIX – By Brian Rowan
Next Article “Unionism is capable of forward thinking with inclusivism at its heart” – By David McNarry