You are at:Home»News & Current Affairs»THE MOST IMPORTANT ELECTION IN DECADES – BREXIT CHANGES EVERYTHING – By Brian Rowan
Social share:

In time and, beyond the anger and the nervousness and the noise of now, the Brexit project will be seen as the turning point; that moment that began to change everything.

Already, this place is turning a political corner; to where, we cannot yet be absolutely certain; but, in that nervousness and the noise of now, we can hear the fear and the uncertainty about the Union.

Track the Brexit negotiation and commentary; from that boast that Taoiseach Leo Varadkar had been “done over” to the reality of now and the loyalist/unionist community being “constitutionally unnerved”; this a phrase coined by the former Methodist President Brian Anderson. 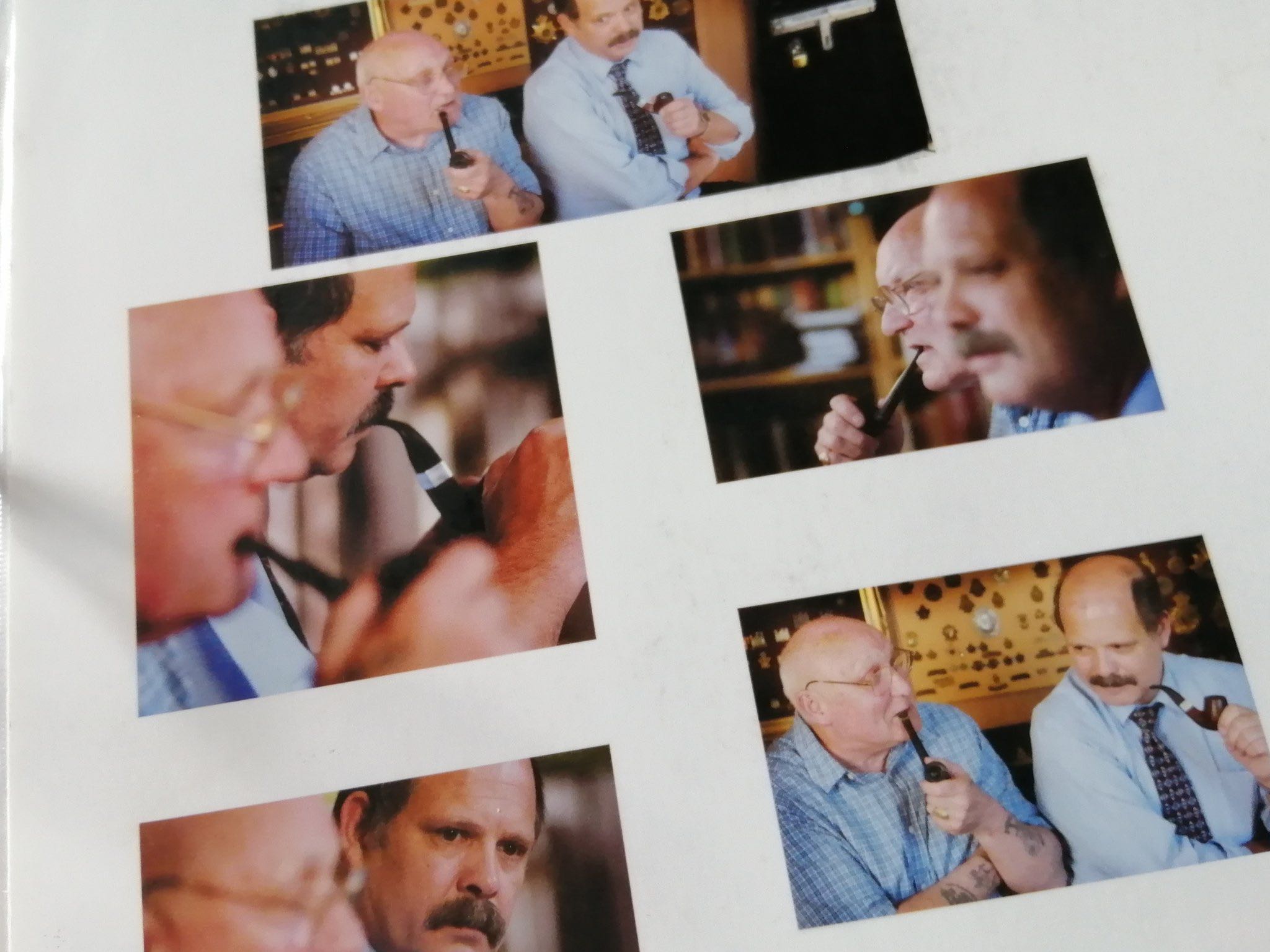 The late David Ervine had a saying for moments like this: “Who would you see about that?” he would ask.

LOST IN THE LONDON LIGHTS

Those from here, supposedly closest to Boris Johnson and his negotiation with the EU, had their vision blurred by an inflated sense of importance. They gave Boris an inch and he took a mile. The DUP got lost in the London lights; thrown overboard into a sea, in which some fear there will be two borders if Boris gets his Brexit way.

The Ulster Unionist Party can rightly argue: We told you so. They have the paper record and the statements to prove their belief that the Boris negotiation with the EU played “Russian Roulette” with the Union.

In the here-and-now, is there room for that conversation and examination on what went wrong and the last minute walk-away when it was too late?

Next month’s General Election has become the focus of today and tomorrow and all the next days through to December 12th.

The arguments and rows over a unionist pact or arrangement in North Belfast have served as a distraction; allowing an escape tunnel from that type of scrutiny and probing – but the election is about so much more than North Belfast and the 18 constituencies here.

Follow the trend since the Brexit referendum in 2016 and the remain vote here, which was underscored in the European Elections in May.

So, it would be wrong and lazy to cast the December 12th election as nothing more than the usual orange versus green tug-of-war.

More and more our politics is within the frame of leave versus remain. This is the Brexit factor and the turning point.

On Monday, I tweeted: This place is turning a political corner. Old certainties are being challenged. New ways/conversations emerging. The most important/interesting election in decades.

These were some of the replies… 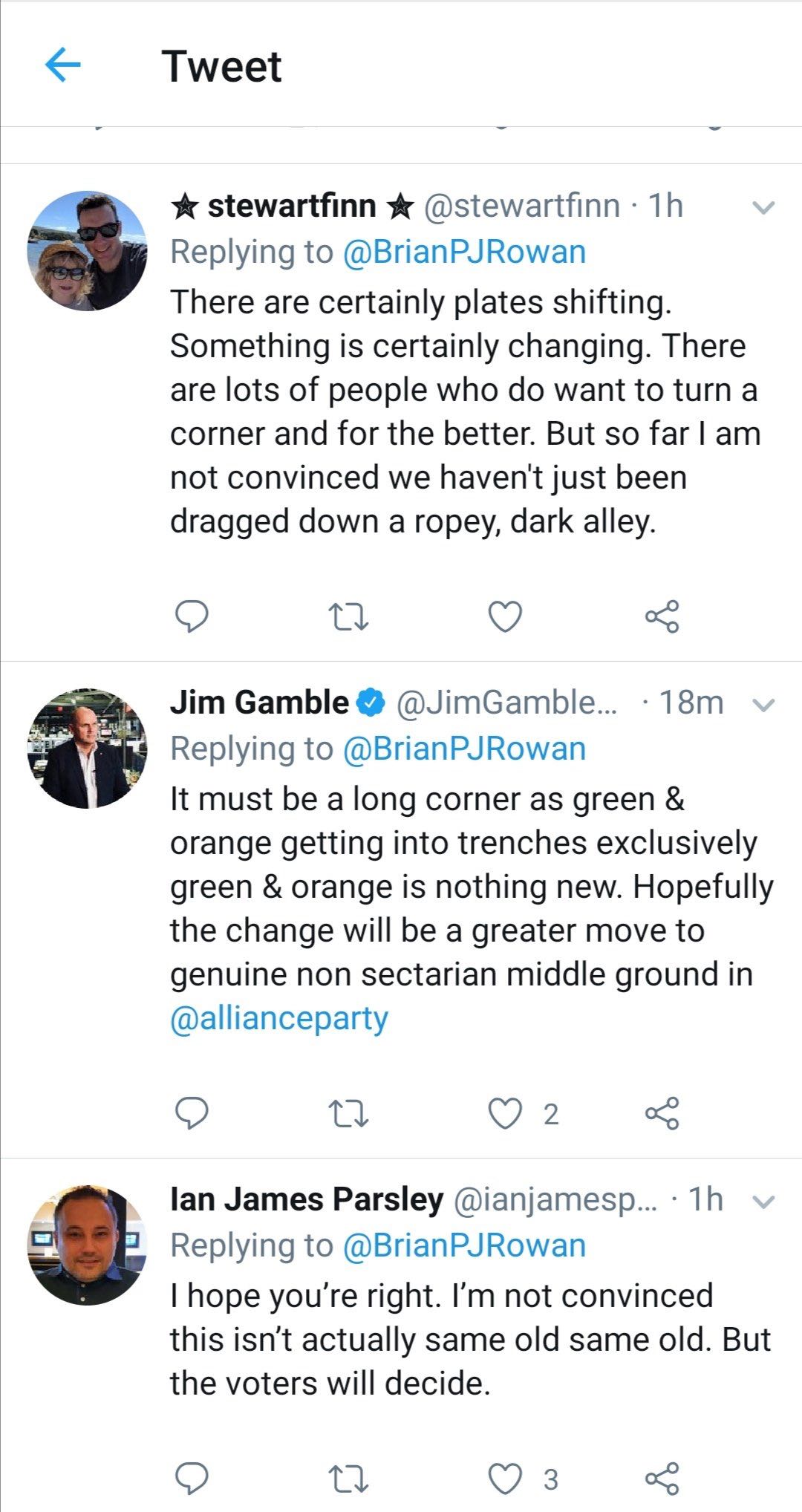 Within today’s political frame, the ‘New Ireland’ conversation is becoming louder and more credible. No one can say how short or how long that road will be; but the possibility of such a development is no longer dismissed as idle talk.

I can remember a time, when even before the votes were cast or counted, we could have named the MPs who would fill the seats here.

Social share:
Previous ArticleWhy wouldn’t the DUP continue to play the same tactic when it has worked so successfully by wrong -footing the UUP and playing on old suspicions and fears? – By Terry Wright
Next Article ELECTION PACTS: IF IT WALKS LIKE A DUCK – By Brian Rowan