You are at:Home»News & Current Affairs»Elections – Back to The Trenches – By Eamonn Mallie
Social share:

As far as Northern Ireland is concerned this is a general election about as few as four seats with two of these in Belfast. In reality most of the other constituencies are pretty settled but one cannot rule out a surprise.

The battle for South Belfast and North Belfast will be dog fights. We are already hearing a lot of angry growling. These seats will come down to the mother and father of all contests between nationalists and the DUP.

Most of the other seats across Northern Ireland are less contentious, with Lagan Valley, Upper Bann, Strangford, East Antrim, East Belfast, West Belfast, South Antrim, Newry Armagh, South Down and West Tyrone very predictable in terms of the outcome. North Down is more confusing now with the decision of Sylvia Hermon not to put herself forward as a candidate in the election.

Foyle could be interesting with Colum Eastwood of the SDLP desperate to replace Sinn Féin’s Elisha McCallion in that constituency.

One can argue until the cows come home as to what is central to this election in Northern Ireland – Brexit or the constitutional status of Northern Ireland. Regardless, we are now facing into a vexatious toxic cocktail of verbal ugliness over the next five weeks.

The behaviour of the SDLP and Sinn Féin is what makes this general election most interesting.

The SDLP took two odd decisions in their recent history. The party pulled out of the Executive accusing Sinn Féin and the DUP of withholding papers and carving up the spoils in their respective interests. Interestingly that seismic shift had not been run by former SDLP deputy First Minister Seamus Mallon despite his vast political experience. He was very unhappy with the decision to quit the Executive. The thinking behind opting out of the Executive didn’t stand up to scrutiny and still doesn’t. The move by the SDLP smacked of petulance, showed signs of weakness and a lack of self confidence. If the SDLP adjudged the two big parties to be acting ultra vires why did the leadership not challenge this in the courts instead of walking away leaving the chicken coop to two foxes! Odd move number one.

Under Colum Eastwood’s stewardship the SDLP then entered a botched partnership with Fianna Fáil. Can anyone demonstrate what the SDLP has gained from that link up? To what does that partnership amount? Why did the SDLP feel compelled to break with what had been a decades old practice of having open relationships with all political parties in the Republic of Ireland? The SDLP had a unique identity. What decided for the leadership to bolt itself onto another party?

If this development was designed to counter Sinn Féin’s claim of being the only ‘all Ireland’ party that exposes a further insecurity.

From Mícheál Martin’s point of view as leader of the Fianna Fáil party one wonders what he thinks today of that partnership? Mr Martin and Fianna Fáil have exhausted the Oxford dictionary seeking out pejorative adjectives to damn Sinn Féin from on high at every turn in recent years raking up the sins of republicans past and present while targeting Mary Lou McDonald and Gerry Adams before her. He views Sinn Féin as an enemy blocking his road to power in replacing the current government and now the SDLP have decided to have a fling with Sinn Féin in North Belfast. 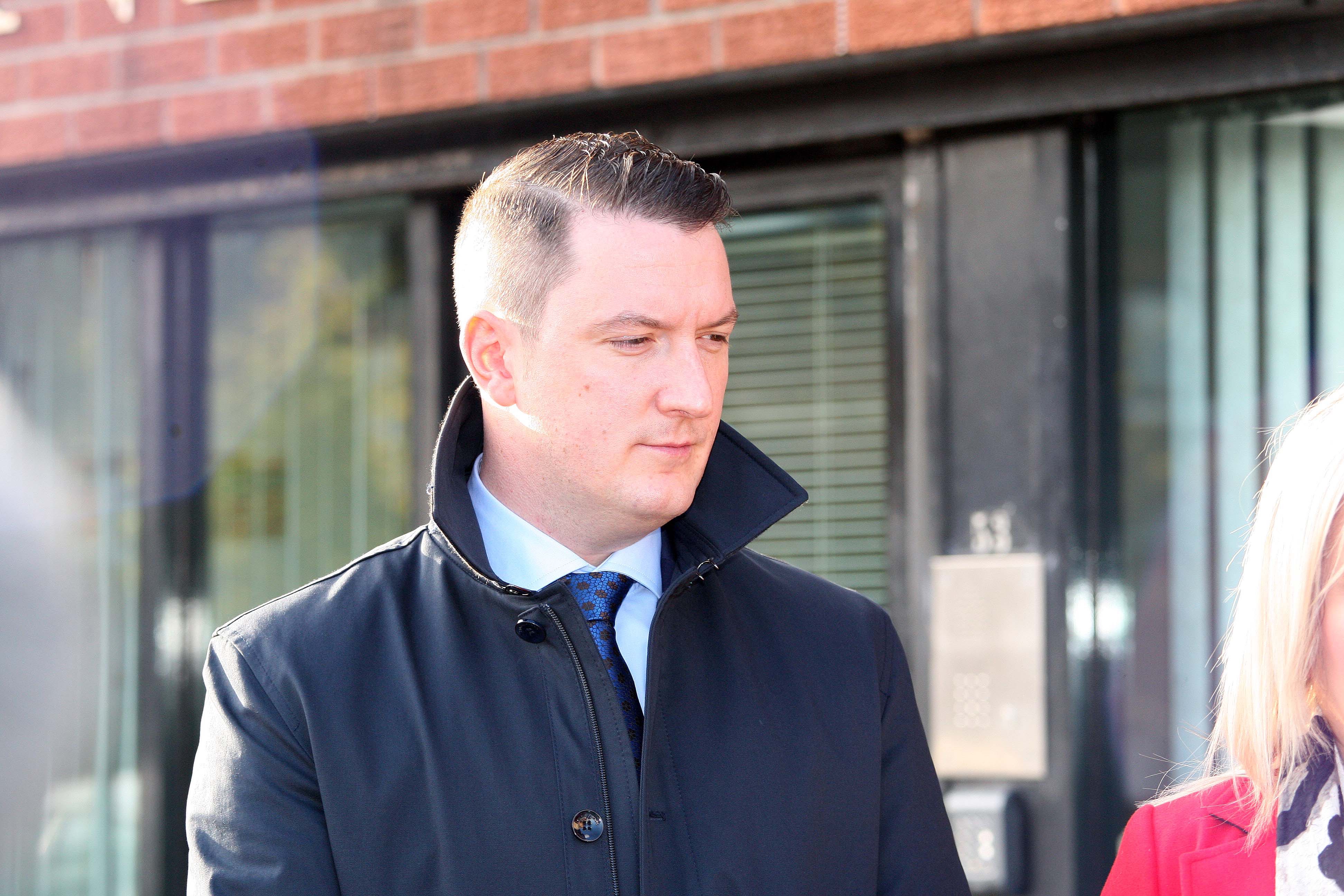 Did the leadership of the SDLP consult Mícheál Martin about their decision to stand aside in North Belfast affording Sinn Féin’s John Finucane more than a fighting chance of defeating the DUP’s sitting Brexiteer MP, Nigel Dodds?

Furthermore how does this Sinn Féin SDLP North Belfast love-in dénouement sit with the party’s crucifixion of former leader John Hume in the early Nineties for his ongoing talks with Gerry Adams – talks which proved ultimately to be the most politically important engagement in the last twenty five years?

Those talks stopped the killing. Most people are unaware of the heat under which John Hume lived within his own ranks at that time. On August 18 1994 at a bad tempered meeting over the ongoing Hume/Adams talks John Hume had only two senior SDLP individuals Mark Durkan and Joe Byrne in the room, standing by him. During that meeting in the SDLP headquarters on the Lisburn Road thirteen days before the IRA ceasefire of August 31 1994, Hume told colleagues that night if his talks with Gerry Adams didn’t deliver a ceasefire he would resign as party leader, adding that he would not apologise for trying to stop the killing. The big beasts of the party including Seamus Mallon and South Down MP Eddie McGrady robustly challenged Mr Hume’s wisdom in sticking with Adams.

Today twenty five years later the SDLP have struck a deal with that same Sinn Fèin party not to contest North Belfast for the first time – the quid pro quo being that Sinn Féin will not run in South Belfast to help guarantee the election to Westminster of the SDLP’s Claire Hanna.

This current vexed general election on the back of the Brexit débacle has an echo of the 1981 general election when the SDLP withdrew Austin Currie in Fermanagh South Tyrone to give hunger striker Bobby Sands a free run against Harry West. Mr Sands ended up MP for that constituency. It’s extraordinary how the current SDLP leadership has forgotten that, and that the Fermanagh South Tyrone election outcome was the beginning of a very politicised Sinn Féin which under the leadership of Gerry Adams and Martin McGuinness ultimately stole the SDLP’s clothes electorally.

Unionist politicians are hammering Colum Eastwood accusing him of double standards in habitually targeting abstentionist Sinn Féin MPs at Westminster but on the other hand now choosing to facilitate Sinn Féin in North Belfast.

Should Sinn Féin’s John Finucane see off Nigel Dodds the leader of the DUP at Westminster in North Belfast that would be the scalping of all scalpings. There will be no tears shed across the nationalist community if that happens.

If this extraordinary general election is convulsing nationalism the same can be said of the unionist family. The DUP were fooled not once but twice by the Conservative Party leadership. Firstly there was a love in which turned into a live in. Then came a very public fractious divorce between the DUP and  ‘Golden Balls’ Johnson. He was the darling of the DUP’s annual conference in 2018. You will not catch Arlene Foster nowadays inviting Boris Johnson to ‘come up and see’ the etchings in the big house on the Hill, home to a unionist ruling class for over half a century.

In elucidating the erratics involved in the new found rapprochement between the SDLP and Sinn Féin the same pattern obtains in the current anomalous DUP Ulster Unionist entente cordiale. The DUP did to Ulster Unionism what Sinn Féin did to the SDLP  – stole their political clothes in the most ruthless fashion over the years.

Enter ‘hard man’ and master mariner Steve Aiken pledging to fight all eighteen seats in the election ahead of even being appointed UUP leader. He failed to realise his ship started listing almost immediately when he set sail, holed beneath the water by extraneous forces. 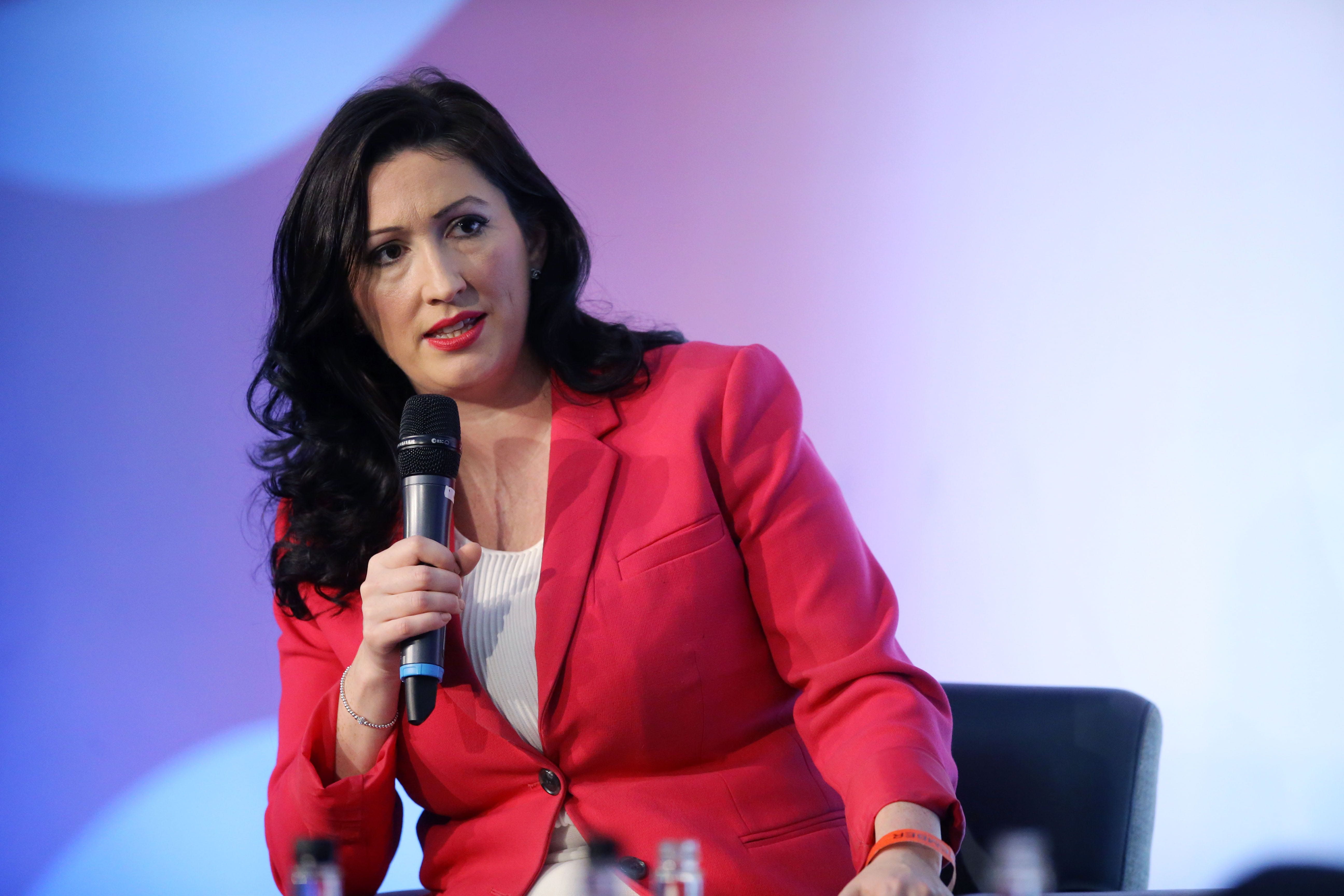 Despite his artillery having been ceaselessly directed at the DUP’s border down the Irish Sea Steve collapsed like a battered wind sail and left the pitch clear for Nigel Dodds in North Belfast and logically will do the same in South Belfast in an attempt to save Emma Little Pengelley’s bacon. The decision of Sinn Féin to throw its weight behind the SDLP’s Claire Hanna has put the cat among the pigeons in South Belfast.

A DUP source said “we will need every unionist vote in South Belfast and that would mean the Ulster Unionist party standing aside and giving the DUP its total support. That would counter the Green party’s not standing. We are worried about South Belfast.”

While Emma Little Pengelly is not the flavour of the month with nationalists there is no tolerance whatsoever in nationalism, of Nigel Dodds or Arlene Foster. Personally I always found Arlene very uncomplicated and fair to me but I know I rattled her when I called her out on the Jan/Feb deal which she agreed with Sinn Féin which included an Irish language accommodation. Arlene and her colleagues have been simply disingenuous stating they had not reached a deal including Irish with Sinn Féin. Her own colleagues confirmed the deal to me.

It is incontrovertible the DUP leader’s ‘crocodile’ remark about the Irish language, though directed at Sinn Féin in the moment, was like a dagger to the chest of nationalists collectively. She did what neither Basil Brookeborough nor the harsh remarks of Ian Paisley managed to do. That fatal utterance realised a sea change in the attitudes of middle class nationalism, literally determining for them to have nothing to do with the DUP cognisant of the fact that the dream of ‘parity of esteem’ for nationalists had died.

Fast forward to the Brexit debate and insult was added to injury in the nationalist psyche by Arlene Foster and Nigel Dodds almost on a nightly basis.

Nationalists looked on with indignation at the evening news as Arlene Foster assumed the right to speak for all the people of Northern Ireland in London and further afield despite the fact that the majority of the people in Northern Ireland voted to stay in Europe.

Mrs Foster failed to display even a modicum of humility or awareness of the feelings of the non Brexit community. She and Nigel Dodds have single handedly switched off middle class nationalism who are no longer showing the slightest interest in a power sharing administration with the DUP.

The DUP leader’s sense of entitlement and self importance was matched only by what nationalists saw as Mr Dodds’s arrogancia del matador (swagger of the bullfighter) in Parliament.

The DUP’s party faithful view Nigel Dodds as their terminator, the heartbeat of the party. They luxuriate in speaking about his First from Cambridge and starring roles at Westminster.

For this reason the so called ‘Thought Police’ in the DUP and strategists are ploughing huge resources into North Belfast with plans to divert workers into that constituency from safe constituencies where DUP wins are guaranteed.

The attitude is “Dodds must win.”

A spokesman said “should Nigel lose his seat Parliament will have lost one of its best parliamentarians. He has done great work for North Belfast but good works don’t get you to heaven in politics.”

The same source said “if Arlene returns ten DUP MPS to Westminster that will be a phenomenal result and it won’t matter what’s in RHI.”

Social share:
Previous ArticleELECTION PACTS: IF IT WALKS LIKE A DUCK – By Brian Rowan
Next Article Dismiss this crass notion that nationalist electoral pacts are formed as some Anti Brexit Alliance – By David McNarry