You are at:Home»News & Current Affairs»ELECTION PACTS: IF IT WALKS LIKE A DUCK – By Brian Rowan
Social share:

They will call it everything and anything else; just listen to the verbal gymnastics to avoid the word PACT.

The SDLP leader Colum Eastwood describes as “unilateral action” the decision announced by his party a few days ago to step aside in North Belfast, East Belfast and North Down.

On Wednesday, he spoke to me about conversations (not recently but some time ago) that he had with other party leaders: “At no point was there any agreement to do anything,” he told me. “It became clear that there could not be an overarching agreement.”

Thus his description of “unilateral action” by the SDLP designed to increase remain representation and decrease leave representation; this a stretching of the Brexit tug-of-war into the December 12th General Election battle. 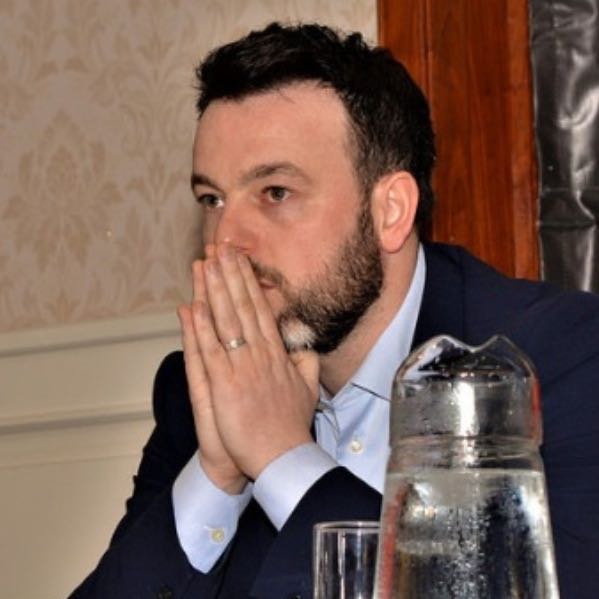 “In North Belfast there’s absolutely no chance of us winning,” Eastwood continued.

“So, the decision was a choice between flying a flag for the SDLP for the sake of it, or trying to be helpful in the effort to unseat Nigel Dodds.”

It is a move that gives the abstentionist Sinn Fein candidate John Finucane a better chance; and while Eastwood insists that he opposes abstentionism and will continue to fight Sinn Fein on this issue, he added: “An empty seat is better than Nigel Dodds, who is one of the architects of the Brexit mess we are in.”

On Thursday, in a further conversation I had with him, the SDLP leader continued to dismiss any talk of a pact, but he must have known that with  his party out of North Belfast, Sinn Fein would reciprocate in South Belfast.

This would not have taken much working out. It is not rocket science.

Indeed, that announcement came within  hours of the SDLP statement at the start of week; Sinn Fein also saying it would not run in East Belfast and North Down – similarly a decision to help the remain candidates in those constituencies.

Many will view these developments as a pact delivered through the backdoor; the decisions on East Belfast and North Down representing small ribbons on the much bigger North Belfast/South Belfast parcel. 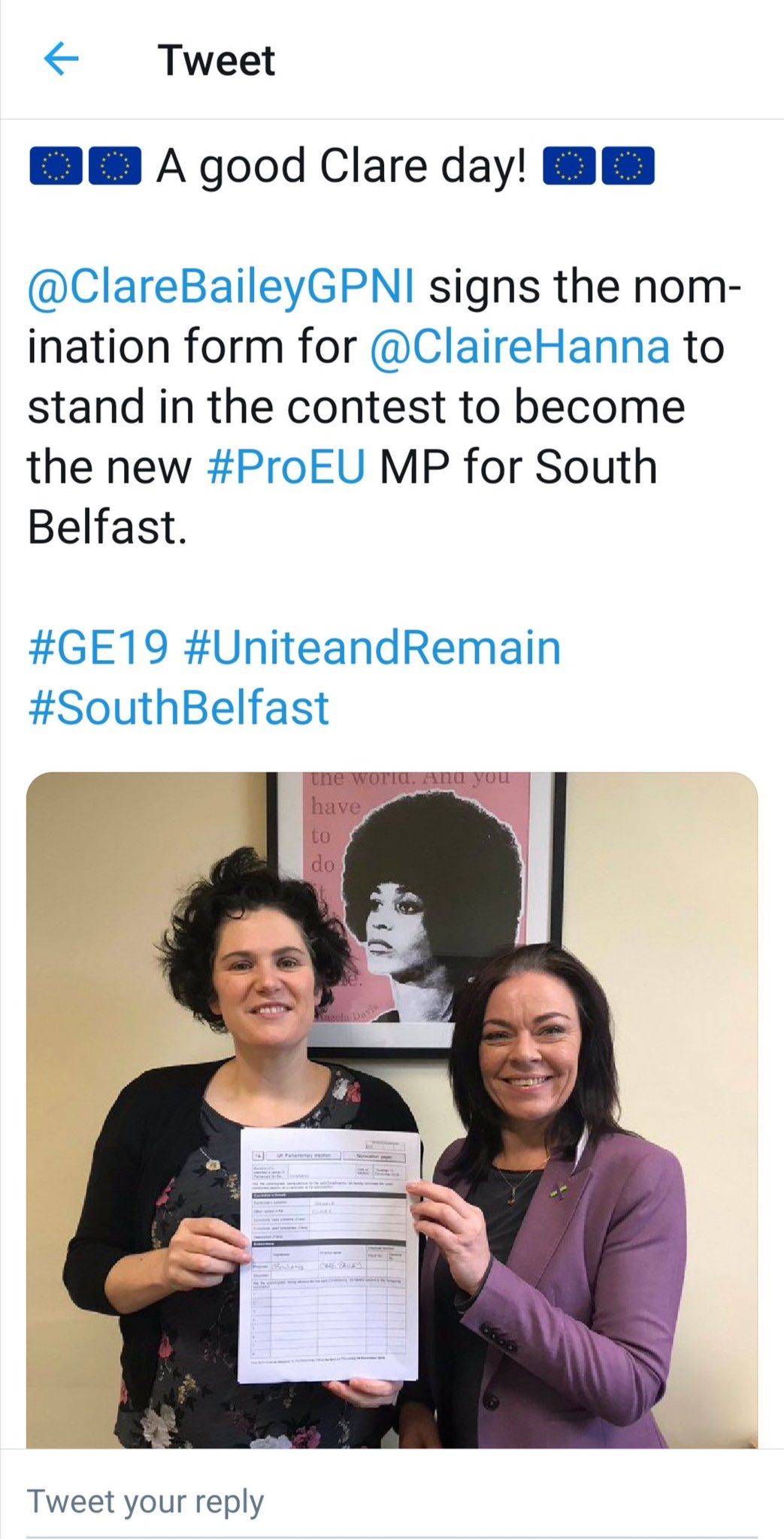 The Green Party leader Clare Bailey has not engaged in verbal gymnastics. Her decisions have been delivered with straight-talking explanations.

Not only did she step aside in South Belfast but went on to endorse Claire Hanna of the SDLP and to sign her nomination papers.

This played out on Tuesday and, on Thursday, the Green Party went further with a statement confirming its decision not to run in any of the Belfast constituencies.

“The Green Party NI achieved our best ever vote across the city of Belfast in the local government election earlier this year,” Clare Bailey said. “However, I’m prepared to put the need to have pro-Remain MPs returned ahead of party interest.”

With Sylvia Hermon out of the North Down race, the Greens will take a few more days to assess that situation. They had been clear that if Lady Sylvia had run, they would not.

The Ulster Unionist leader in waiting Steve Aiken is another dismissing any talk of pacts after his party’s decision to withdraw from North Belfast: “We didn’t do any pacts,” he told me. “We listened respectfully to what the people of North Belfast were saying.”

“Definitely not. Absolutely not,” is his response; but watch these election manoeuvres.

The DUP are leaving Fermanagh South Tyrone to the Ulster Unionists, and we are watching other constituencies, including South Belfast, to see what happens there.

On Wednesday, there was a packed unionist meeting in Sandy Row; a panel involving  Emma Little Pengelly and Sir Jeffrey Donaldson of the DUP, the PUP leader and councillor Billy Hutchinson with the event chaired by Bob Stoker.

The priority of the Union was discussed; as was the Brexit negotiation in which Boris Johnson said one thing and did another. In that packed room, the importance of the election and getting the vote out was emphasised.

Will the UUP step aside here also?

This is something we will watch for; but don’t mention the word pact.

Call these manoeuvres anything else; engage in that game of verbal gymnastics – but remember this: If it walks like a duck, then it’s a duck.

Social share:
Previous ArticleTHE MOST IMPORTANT ELECTION IN DECADES – BREXIT CHANGES EVERYTHING – By Brian Rowan
Next Article Elections – Back to The Trenches – By Eamonn Mallie