The minister and former Methodist President Brian Anderson found a couple of words to encapsulate the mood and anxiety in loyalist communities.

In an interview with UTV reporter Judith Hill on Tuesday, he spoke of people being “constitutionally unnerved”.

Last Thursday, Prime Minister Boris Johnson left the DUP at the altar when he pushed on with a Brexit deal that did not and does not have their consent.

In the days since, we have been watching a kind of breakdown; the panic associated with the nervousness and uncertainty of now.

Despite all the comforting words and reassurance being directed at unionist MPs at Westminster, the Union is not as safe as it once was.

Only a fool would believe differently.

As well as leaving the DUP at the altar, Johnson also took away some of the expected presents.

There will be no unionist veto at Stormont in relation to the proposed Brexit arrangements here; something that led the DUP MP Sir Jeffrey Donaldson to say this will have “serious implications for our ability to support the restoration of devolution”.

Donaldson was speaking on Monday; the same day the Sinn Fein president Mary Lou McDonald gave this warning: “If the British Government were to make the fatal error of granting a veto to unionism over Brexit protections; if they were foolish enough to insist that that veto could be exercised through the Assembly, well then there will be no Assembly here in Belfast.”

After 1000-plus days of gridlock and standstill at Stormont, we are closer to a kind of political checkmate in which neither party can move or win. 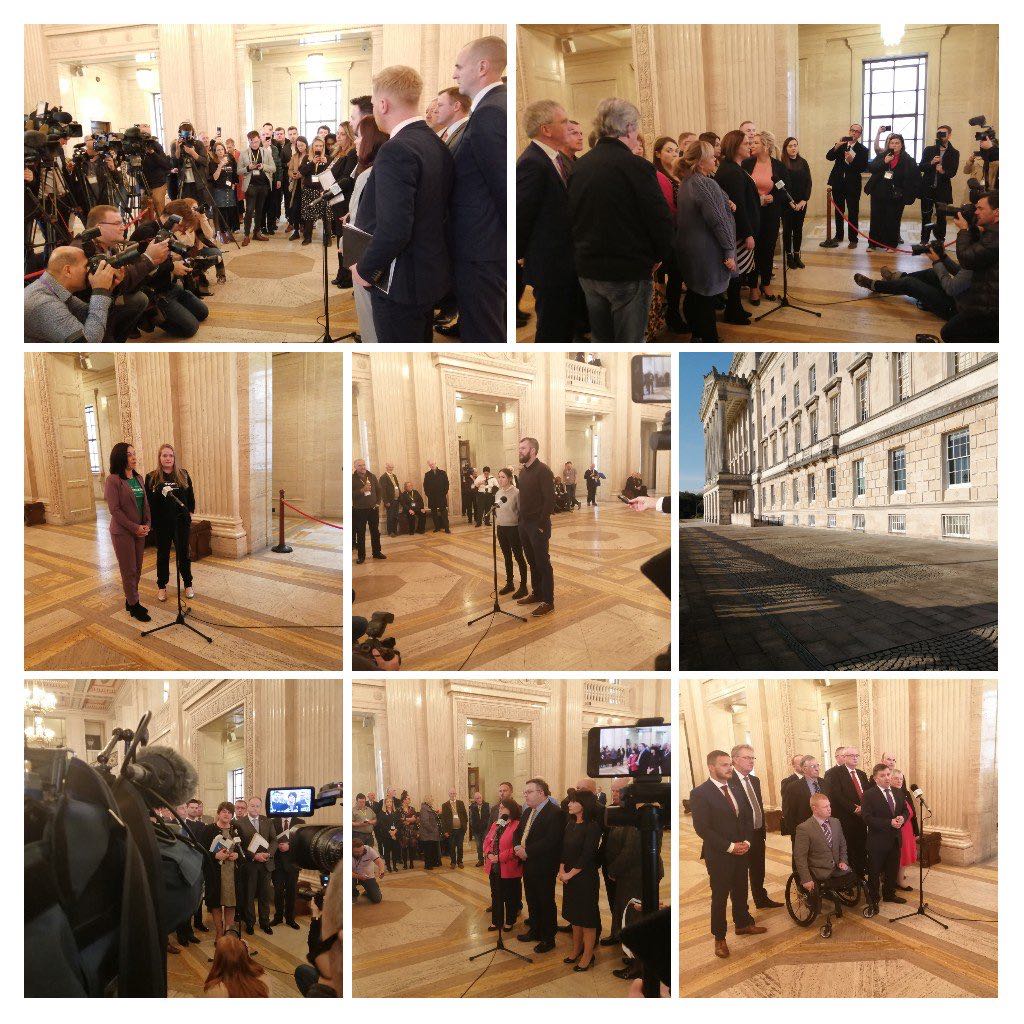 We watched another of the Stormont plays on Monday; an Assembly recall that served only as a reminder of how dysfunctional and divided and pathetic this place of politics has become.

It was all eleventh-hour – “a last-ditch stunt” to quote one MLA – that failed to alter the timetable for new laws on same-sex marriage and access to abortion services.

In the Great Hall at Parliament Buildings on Monday, we heard more calls for intensive talks; for yet another attempt to resuscitate or revive political institutions that have been in a type of coma for the best part of three  years.

The Ulster Unionist leader Robin Swann spoke these words: “Some may now ask is Stormont worth saving?”

Above the noise and the pantomime, it was the question of the day.

A loyalist with whom I chatted that afternoon commented: “We make terrible fools of ourselves.”

They were words of exasperation.

The weight of Brexit is crashing down on this place. It could crush Stormont.

Those furthest away from the latest Brexit negotiations, including some churchmen, and loyalists and Ulster Unionist politicians could see and predicted the outcome. Their eyes were open; not blinded by the London lights.

Yes, people are “constitutionally unnerved” and there is a need for calm; but calm is not easily found in moments of panic.

Remember what Lord Eames said in August when asked: could he say with any confidence in 2019 that the Union is safe?

“I would like to say it is, but I believe there are danger signs which I think we all need to be conscious of.”

Read what another former Methodist President Harold Good wrote on this website back in July: “…there are realities regarding the future political landscape of the island of Ireland that we can no longer ignore.”

We don’t yet know the final shape of Brexit, but we do know this. It has elevated the ‘new Ireland’ conversation – and put it on a higher stage.

This is why people are “constitutionally unnerved”; all of this predictable and predicted.

As for Stormont, its purpose in the here-and-now is nothing more than office space.

We should stop pretending it is a place of politics. What happened there on Monday should put that notion out of our heads.

The governments need to step in and close that space down until there is a political agreement that restores the Executive and Assembly.

It has been a distraction for far too long – sapping energy that is needed elsewhere.

Social share:
Previous ArticleBENEATH THE SURFACE SOMETHING VERY DANGEROUS IS BUBBLING AND BOILING – By Brian Rowan
Next Article Former Ulster Unionist MLA David McNarry warns Leo Varadkar that a ‘ no-deal’ could result in the Irish economy going into ‘free fall.’