You are at:Home»News & Current Affairs»NO RETURN TO HELL – By Brian Rowan
Social share:

On the Shankill Road on Saturday they were remembering William ‘Plum’ Smith and marking the 25th anniversary of the loyalist ceasefire due on October 13.

It was a Smith-family initiative and exhibition supported by the project Action for  Community Transformation (ACT).

These  types of events, documenting key moments in our history, are so important, and for this reason – that even as close as the 1990s, as we reach back into our past, so much critical memory  has already been lost. 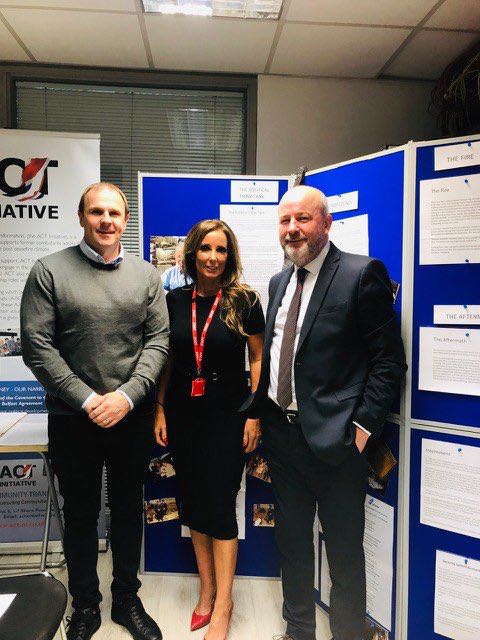 I was invited by William Smith’s niece – Mandy McDermott – to speak at Saturday’s event; speak at a time of political turmoil and with the legacy and Brexit trenches becoming deeper.

Back in August 1992, I interviewed Smith for the BBC – an interview that coincided with 3000 deaths in the conflict period; and I also spoke with the former Presbyterian Moderator Dr Jack Weir, the then Bishop of Derry Dr Edward Daly and the republican leader Martin McGuinness.

Think of that collective memory and knowledge that is no longer with us.

In his interview, Smith said the following: “If the Provisional IRA and other republican groups were to call a ceasefire, then there would be no justification for loyalist paramilitary violence; and, I believe, the loyalist people would let loyalist paramilitaries know that…In practical terms, I would say if the republicans made the first step, then loyalists would be duty-bound to reciprocate.” 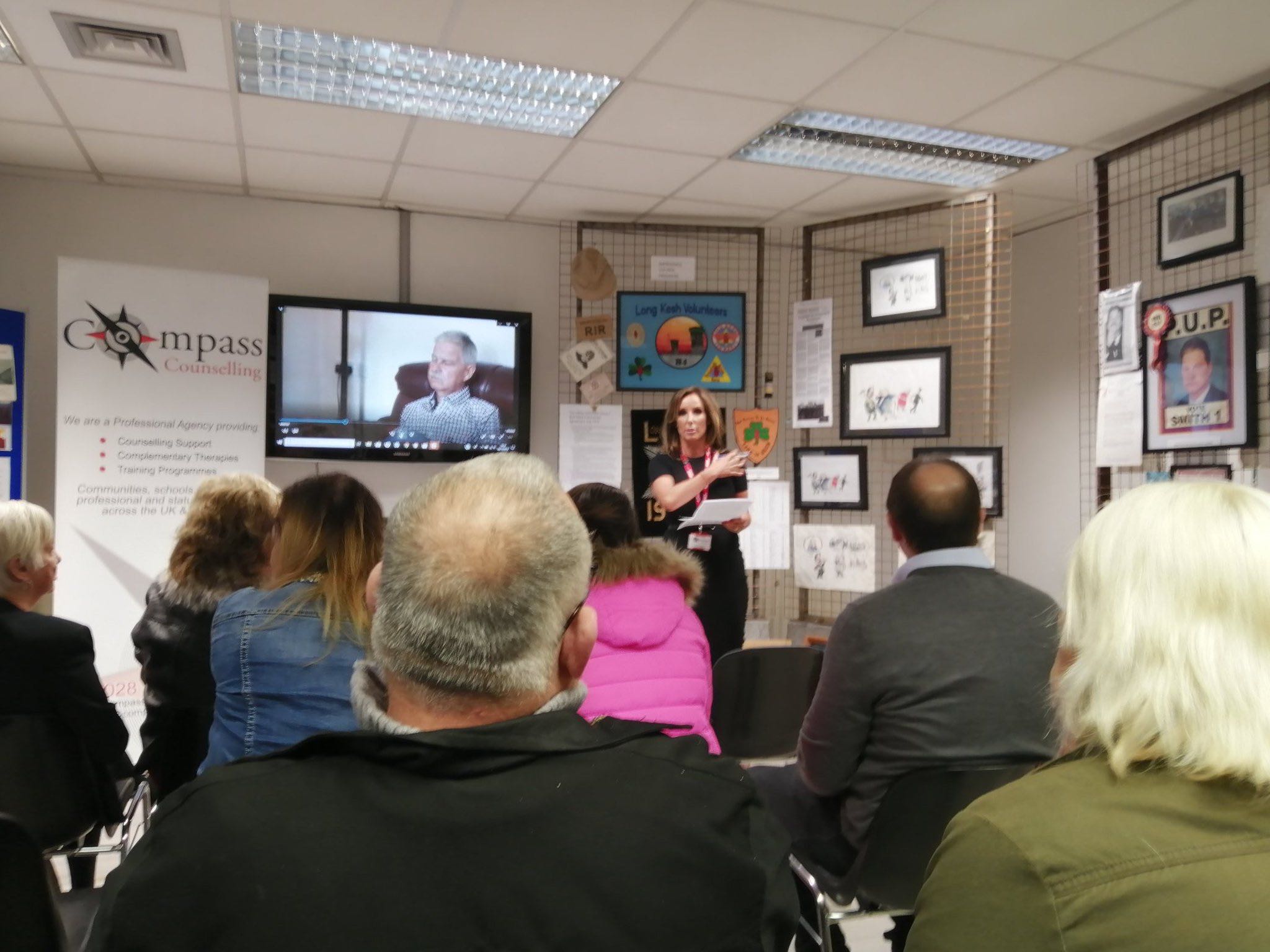 In the blizzard of 1992, none of us could see those developments. Yet, by August 1994 – just two years later – the IRA had declared a “complete cessation of military operations” and loyalists had reciprocated by October.

The historical record shows that the then Combined Loyalist Military Command had been prepared to announce its ceasefire FIRSTLY but that initiative was derailed by events on the ground – the targeting and killing of prominent loyalist figures.

Of the seven who sat at the top table for the loyalist announcement, four are now dead – Smith, Gusty Spence, David Ervine and Jim McDonald; no longer here to tell their stories and to give their context and explanations of the hell that this place was.

Saturday’s exhibition was also a reminder of the influence of the loyalist leadership of that period stretching beyond the ceasefires to the political agreement of 1998.

Similar leadership is needed today; authentic, credible, voices to engage in the next big conversations and dialogues. Those voices still exist within loyalism, too often not heard above the noise.

HOW SAFE IS THE UNION?

The ceasefire of 1994 confidently stated: THE UNION IS SAFE; but, 25 years later, there is a new and difficult question.

So, in the conversation to address it, loyalists must be involved – loyalists standing on their own two feet as they did in that period 1994-98.

Would David Trimble have been able to accept the Good Friday Agreement without loyalist cover and support back then and with Ian Paisley and the DUP shouting from the outside in?

We all know the answer to that question.

I told Saturday’s audience, which included a number of prominent loyalist figures among them Winston Irvine and Harry Stockman – that a few days earlier I had watched the film of the book Lost Lives.

It was a grim reminder of that hell that this place was, and there should be no return to that place; no urging or encouraging another generation into organisations or pushing them towards jail or their graves. We have been through that mess.

This applies across the board; the challenge for the nationalist/republican community and leadership IS to find an initiative that brings the dissident threat to an end. I asked again on Saturday: where is the John Hume of 2019?

Saturday’s exhibition and event was important, not just in remembering that historic period of 94 to 98, but as a reminder of the road yet to travel.

Where will we be in 25 years from now?

(Thank you to William Smith’s wife, Liz, and niece, Mandy, for inviting me to speak at Saturday’s event and to others who made that possible)

Social share:
Previous ArticleA Brexit and a ‘New Ireland’ – how safe is the Union?  – By Brian Rowan
Next Article Sir Jeffrey Donaldson clearly doesn’t understand that to which he has agreed – By Ulster Unionist peer Lord Empey