The greyness of that Stormont Sunday was a perfect match for the political mood.

October 13 marked 1000 days without government here. It will soon be three years since that dramatic collapse of the political institutions in January 2017.

So, last Sunday, 1000 people lined that Stormont walk that leads to Parliament Buildings on the hill; there to deliver their message: We deserve better. 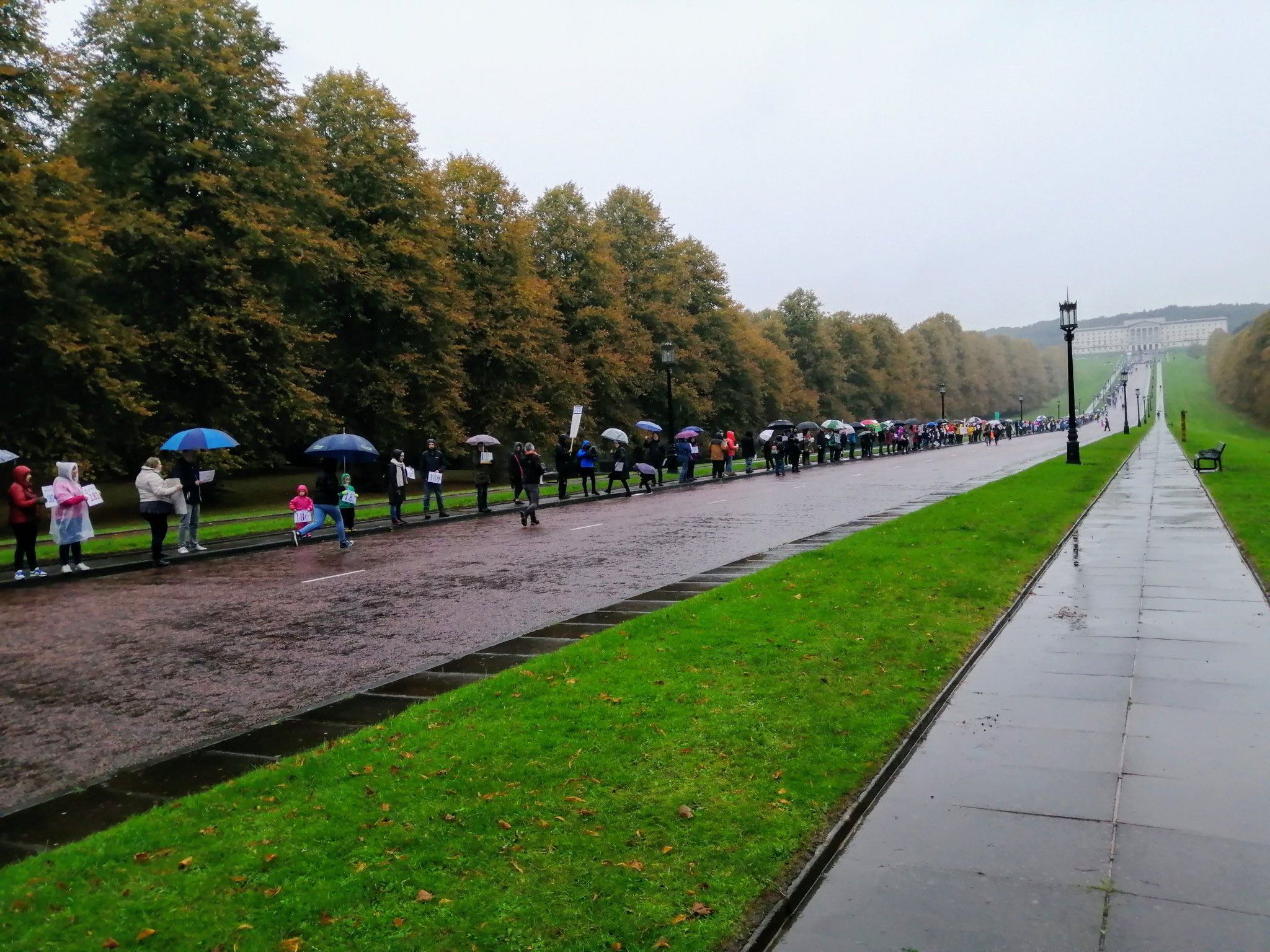 MLAs with whom I chatted were expecting Secretary of State Julian Smith to announce some “push” this week; the next and latest effort at restoring those broken institutions.

Eyebrows were being raised. Mostly about the timing and the motivation behind this latest initiative.

In whose interest are these talks – up against the October 21 date when new laws introducing same-sex marriage and access to abortion services come into effect in Northern Ireland?

There is something crass about the framing of these latest Stormont negotiations and the use of the abortion issue and debate to apply pressure in some political play.

The general and wide view is that it is the DUP that is under most pressure on this issue and, on a different stage, on Brexit.

Hours after leaving Stormont on Sunday, I was told about meetings last week between the DUP and loyalists and, in follow-up conversations, a range of loyalist sources told me the discussions were mainly about Brexit.

“I think we’re f***ed,” one of the loyalists involved in those conversations told me – “and if we get thrown under the bus, the DUP’s going to be seen as the driver.”

No one, with any certainty, knows if a deal will be reached, to what Boris Johnson might agree, but that loyalist source continued:

“Whatever is going to happen, they [the DUP]need to answer the questions before they are asked. Is it a good deal? Is it a bad deal? Is it the only deal?

I was told that loyalists Jimmy Birch, Jackie McDonald and Matt Kincaid met DUP leader Arlene Foster and some of her senior party colleagues last Wednesday.

I made numerous attempts on Monday to contact directly two DUP members said to have been involved. There was no reply.

Loyalists Winston Irvine, Harry Stockman with others were involved in a separate meeting.

Loyalists are also exploring ways for their concerns to be communicated and heard outside of Northern Ireland, within Parliament and in Downing Street. A means of achieving some interlocutor-type conversations and dialogues is currently being explored. On this, nothing has yet been finalised.

With Brexit, there is so much uncertainty, and all of that will play into this latest Stormont talks effort scheduled for Thursday and Friday. Not just Brexit, but everything else. With the publication of News Letter Political Editor Sam McBride’s book, RHI is back in the mix. Legacy has become a mess. An election is expected and that narrows the space for compromise. What would any Irish language package include?

This is the frame for these latest talks. So, what chance success in the here-and-now?

“That ship has sailed,” one source responded.

Another commented: “I don’t think for one second this will get done.”

We will know by the weekend whether this latest initiative is going anywhere.

Social share:
Previous Article1000 DAYS WITHOUT GOVERNMENT: CAN THEY PUT STORMONT TOGETHER AGAIN? – By Brian Rowan
Next Article BENEATH THE SURFACE SOMETHING VERY DANGEROUS IS BUBBLING AND BOILING – By Brian Rowan