You are at:Home»News & Current Affairs»BENEATH THE SURFACE SOMETHING VERY DANGEROUS IS BUBBLING AND BOILING – By Brian Rowan
Social share:

This place is in some mess.

After all of the conversations about Brexit, the border, the backstop and, more recently, about Boris, we are watching a predicted and predictable outcome.

Still a broken Britain, a broken Parliament at Westminster and, here, a broken Stormont and an escalating legacy war.

Monday’s Assembly session will change none of that. It may provide a platform for some political play, but will not lead to the restoration of an Executive; nor will it change the timetable for new laws introducing same-sex marriage and access to abortion services.

With uncertainty, comes anger and fear and danger.

Brexit, although we don’t yet know its final shape, has opened out and made louder the debate on union versus unity.

There is a developing unionist political war with regards to where the blame rests. The UUP MLA and probable next party leader Steve Aiken coined the catchphrase “two borders Foster”.

The Foster/Dodds leadership does not support the Boris Johnson deal with the EU, which is again the subject of another Westminster scrap and numbers game in which the DUP remains a significant player.

What we have witnessed in recent days looks like the beginnings of a political divorce. Or is it?

Boris Johnson is as fickle as they come.

Yes, he left the DUP behind last week and, on Saturday, told them bluntly that they will not have a veto in Stormont on the arrangements that have been agreed in relation to the latest Brexit deal.

The tail is no longer wagging the dog. That’s how it looks for now; but we know Johnson’s form – how he twists and turns to suit his needs.

So it’s not over, until it’s over.

“If the DUP should learn anything from this debacle, it is that they should never rely on the word of Boris Johnson,” UUP leader Robin Swann said in a statement on Sunday.

“They were warned on several occasions,” he continued. “While they were feting Boris Johnson on the national stage, they took their eye off the ball and he mugged them.

“In doing so the Prime Minister was able to produce a deal which is hugely damaging to the economic and constitutional integrity of the United Kingdom.”

WHAT ARE WE GOING TO DO?

In the loyalist community, the anger is obvious.

“What are we going to do?” a senior loyalist asked on Saturday – “wreck loyalist areas to show how British we are.”

Those who hold loyalist leadership positions will meet this week and a statement is expected, but they want to make an assessment on a clear picture.

“There’s no point in saying anything for the sake of saying something,” that leadership figure added.

He told Arlene Foster in a recent meeting, that the DUP would have to explain any Brexit deal that emerged and, days later, in blunt words, he told me: “I think we’re fucked. If we get thrown under the bus, the DUP is going to be seen as the driver.”

The anger in that community is not just in relation to the implications of this Brexit deal, but also because of that escalating legacy war.

With others, I heard it and felt it on Thursday evening last at a legacy event in Carrickfergus.

It opened with the Kabosh Theatre play ‘Those You Pass On The Street’. 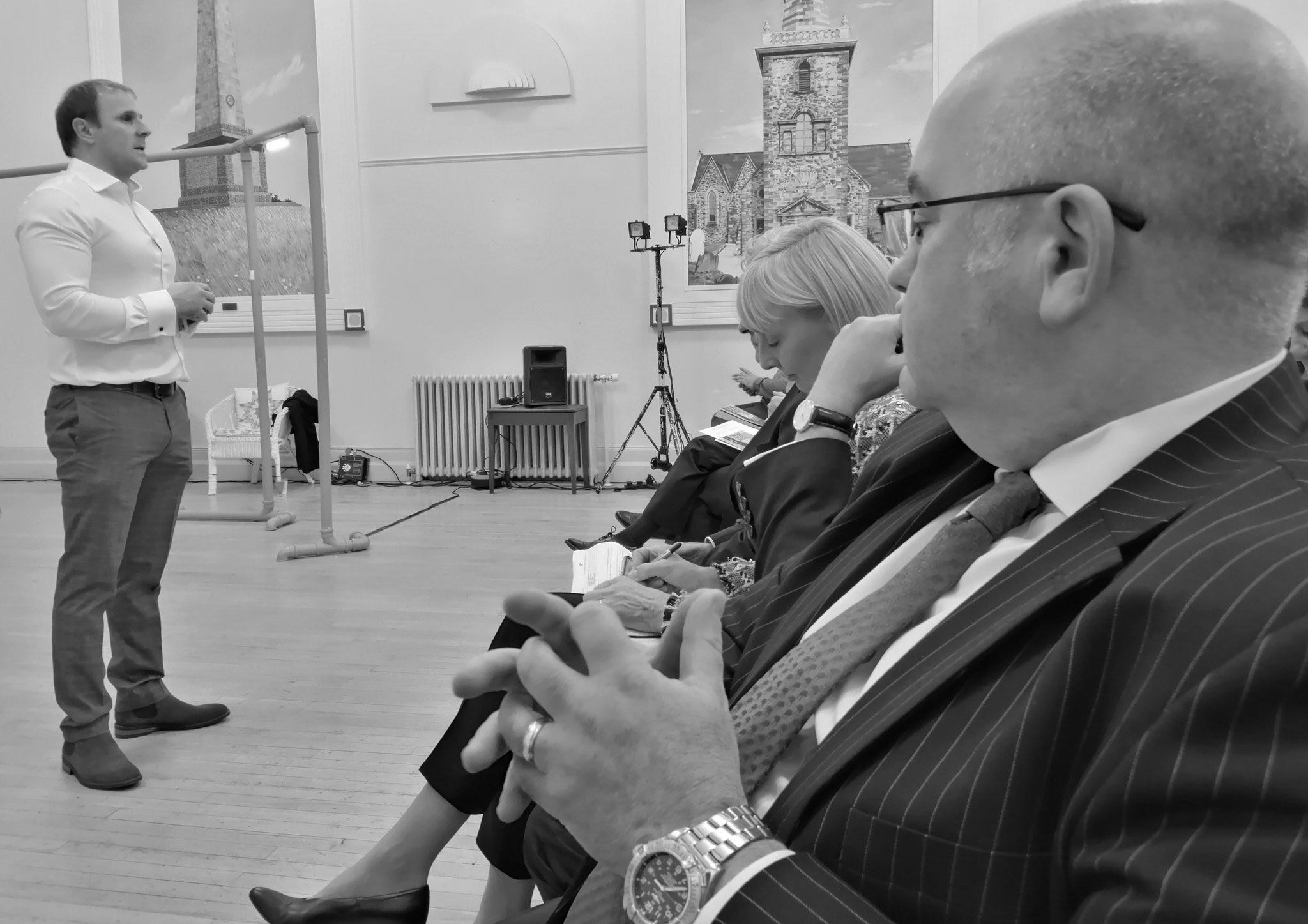 There was then a panel discussion, which I chaired, involving the victims’ commissioner Judith Thompson, the barrister and former DPP Barra McGrory QC, PSNI assistant chief constable George Clarke, who has lead responsibility on legacy and Brexit, the loyalist Winston Irvine and the play director Paula McFetridge.

The performance was a reminder of how small and how raw this place still is, how we walk on eggshells and how our stories and peoples intertwine.

It was a play scripted and shaped on the realities and horrors of conflict; a reminder of the questions that still linger and the struggles of those left behind – those with an empty chair.

The Past is still their Present. 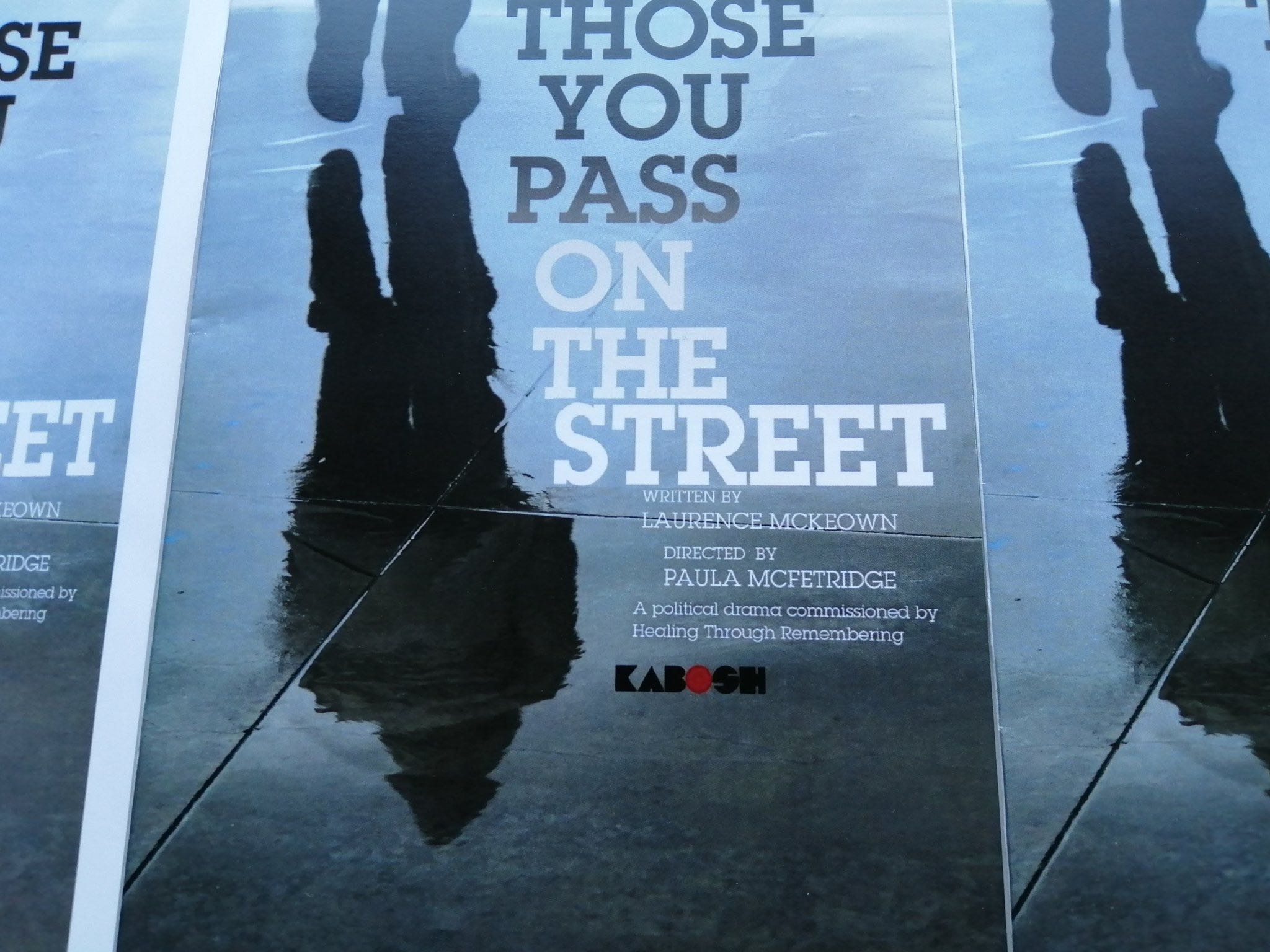 As the drama unfolded you could sense the listening and the silence; but then the mood changed – changed when the evening arrived at that point of the panel discussion.

Many in the audience let their anger out; about legacy, about military veterans being investigated, about the “glorification of terrorism”, about bonfires and marching and about so much more.

This wasn’t a conversation in which they wanted to listen but, rather, they wanted to be heard. It didn’t matter what facts were offered to counter their arguments.

Someone with whom I spoke afterwards, likened it to: “the Nolan Show without the mute button”.

It gave us all something about which to think.

Add to this mood, the new conversations that have emerged in the Brexit frame, specifically that debate about the union versus a possible ‘new Ireland’.

How is that managed?

Another pantomime in a pretend parliament will fix nothing.

It might make news and headlines on Monday, but it will miss the point.

After almost three years of gridlock on the political hill, it might sound ridiculous to say that there is no quick fix; but it needs saying.

We need to go back to the drawing board; find a political system that will work, a legacy process that will work and a place for that debate and conversation on union versus unity to take place.

Scratch beneath the surface, something very unpleasant is bubbling and boiling. We ignore it at our peril.