You are at:Home»News & Current Affairs»Three Questions arising from the calls for a ‘Poll on Irish Unity’ – By David Rose
Social share: 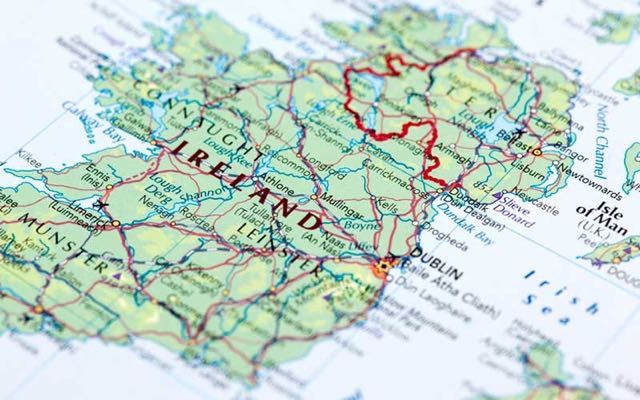 In life as in politics it is rare that one gets to venture outside the norms of our existence; and in segregated Belfast this means getting to mix in genuinely socially, politically and culturally diverse environments. When these rare moments arise it is best to grab them and make the most of them. Thus on the evening of Thursday 14th March I ventured up to St Mary’s University College on the Falls Road to attend the launch of Tom Hartley’s new book ‘Balmoral Cemetery’; a must read for all those seeking to understand the history of Presbyterianism in Belfast.

As well as enjoying the aforementioned genuinely socially, politically and culturally diverse environment, I especially enjoyed Tom’s sharing of what motivated him to his endeavour. In this he drew our attention to his own family history and the Presbyterian tradition that had within many of our lifetimes, existed on the Falls Road; he talked of its contribution to the area and challenged the contemporary community to understand it; to value it; and to respect it.

Even now over twenty years after the Good Friday Agreement there are people who would find it unimaginable that a former Sinn Fein Lord Mayor would do so much work to ensure our knowledge of Presbyterian Belfast; and more so the notion that he would use it to inform an argument that says that Falls Road Republicans should work hard to preserve that history on their patch? These people need reminded that this is the same Tom Hartley who engaged in a renowned shared history journey to the Somme battle fields with the late David Ervine and through it they demonstrated the power of shared difference when investigating shared history; how we miss those moments of shared generosity today.

Good history informs, interprets and invites the reader to continue the journey and think beyond what the writer has been able to provide. As I drove home reflecting on what he had said I could not resist the notion of Tom’s seeking to challenge as a means to understand, value, and respect. My mind drifted onto the current Brexit uncertainty and the growing momentum towards a ‘Poll on Irish Unity’ and I asked myself, what questions would I challenge contemporary Irish Nationalists and Republicans with today?

By the time I got home there were three. The first focuses on legitimacy and difference and is for Irish Nationalism and Republicanism in its entirety. The second focuses on the Republic of Ireland and the values that underpin it and is for North East Ulster (Northern Ireland) based Irish Nationalists and Republicans. The pthird that seeks to understand what exactly the phrase ‘Poll on Irish Unity’ means, is for those political leaders calling for one. In advance of presenting them I’ll give a little context.

I am a Northern Irish Ulsterman, who by principle aligns with the four hundred and seventy one thousand, four hundred and fourteen legitimate residents of our island, who self-identified as ‘men of Ulster’ and ‘women of Ulster’ by respectively signing the Ulster Covenant and the Ulster Declaration in September 1912. As a happy Northern Irelander with no reason to rock any boat I have never felt the need to question the Republic of Ireland or the values that support it; but Brexit uncertainty and the gathering momentum towards the aforementioned ‘Poll on Irish Unity’ changes that. And lastly I am a teacher by trade so apologies in advance if this looks and feels like an old fashioned history/politics homework. I know no other way.

As previously stated the first question focuses on legitimacy and difference and is for Irish Nationalism and Republicanism in its entirety; it is important because our history is populated by two competing themes, one that says there is one Irish people and nation versus that which says that those who defined themselves as ‘men of Ulster’ and ‘women of Ulster’ in 1912 constitute a second people with a different history, culture and national aspiration. As a Northern Irish Ulsterman whose historical narrative on this island begins with the 17th century plantations in Ulster, I am not Irish as it was defined in the 1916 Proclamation of the Irish Republic, principally because I cannot accept the line that says the ‘Irish Republic is entitled to, and hereby claims, the allegiance of every Irishman and woman’.

As a unionist whose political instinct is for individualism over collectivism I am much more comfortable when the individual chose to adopt their Ulster identity by signing the Covenant or Declaration. As well as that the 1916 Proclamation states that the Republic will be ‘oblivious of the differences carefully fostered by an alien Government, which have divided a minority from the majority in the past’.

In effect the authors dismiss in advance anyone who might refuse to be claimed based on their own sense of historical, cultural or national difference; consider how easily the ‘men’ and ‘women of Ulster’ could perceive this message to be one of assimilation rather than accommodation. So the question in two parts:

a) Do Irish Nationalists and Republicans recognise the settler identity that dates back to the 17th Century plantations in Ulster as legitimate?

b) Has that different identity the right to speak for itself, define its own history and determine its own future; even in the event of a majority in Northern Ireland voting for ‘Irish Unity’?

Now to my second question; this time only for North East Ulster based Irish Nationalists and Republicans. It is focused on the Republic of Ireland and the values that support it because despite all the talk of a ‘Poll on Irish Unity’ the only model of an Irish nation currently available is this one; and I consider it to be totally unsuitable.

As I see it the key to the success of the Republic of Ireland has been the border. The border freed the twenty-six counties from the reality of the Northern Irish Ulster settler identity and as a result it was able to indulge itself by building a state based on the collectivist values espoused in the 1916 Proclamation of the Irish Republic. De Valera’s collectivist Republic was able to grow primarily because the number of potential dissidents was small. It would not be a stretch of the imagination to say that if Northern Ireland had been as dominantly Unionist as the Republic was Nationalist and Republican the thirty years of conflict probably would not have happened; having said that even in that peaceful situation both entities would still have been intolerant of each other. Thus even this imagined island at peace does not offer a workable model of ‘Irish Unity’; leading to my second question and again it comes in two parts:

a) Do North East Ulster based Irish Nationalists and Republicans endorse the Republic of Ireland as the model for a ‘Poll on Irish Unity’?

b) In light of our shared history of division and misunderstanding do North East Ulster based Irish Nationalists and Republicans recognise the dangers of endorsing a model that recommends assimilation of the minority as a means to resolving historic difference?

Now the third and final question, this time for those political leaders calling for a ‘Poll on Irish Unity’.

I ask this question because having witnessed the consequences of the poorly thought out question posed in the Brexit referendum I am concerned that we will make similar mistakes here. Again in two parts:

a) What does the phrase ‘Poll on Irish Unity’ mean?

b) Is this not in reality a vote as to whether Northern Ireland should break with Great Britain by remaining in the European Union; and thus to call it a ‘Poll on Irish Unity’ is dangerously disingenuous and open to legitimate challenge if won?

In conclusion I shall resist the urge to tell the reader that they have a month to get their homework in, with extensions only granted to those with a note signed by a parent or guardian. Instead I thank the reader for their time and look forward to the responses; if there are any.

Social share:
Previous ArticlePOLICING AND POLITICS FALL INTO THE PAST – By Brian Rowan
Next Article What Brexit has changed in Northern Ireland – By David McNarry