You are at:Home»News & Current Affairs»IT’S TOO LATE WHEN SOMEONE IS DEAD… By Brian Rowan
Social share:

That young face on the front page of every newspaper is a grim reminder – the confirmation of our unfinished peace and of a distance still to travel.

I didn’t know Lyra McKee but, in my reading of the past couple of days,I know more about her now.

She was just 29 – a journalist hit by a bullet fired by a dissident IRA gunman during a riot in Derry. Reporting in the madness of these street battles comes with so much danger. There is no such thing as a safe place to observe or stand.

Just hours before the shooting, I spoke with veteran journalist Deric Henderson at an event in my hometown of Holywood – the theme of the conversation ‘Reporting the Troubles’ taken from the title of the book co-edited by Henderson and Ivan Little.

I spoke these words: “We as ‘the conflict generation’ are shovelling our experience on the people who come behind us. So, I hear young people talking about things they could only have heard from us, and we need to think about the damage we’re doing in all of that.”

I asked how do we do the right thing in terms of some legacy process: “How do we stop shovelling that experience on top of others? That’s what I meant [when I said earlier]if we don’t do something we’re going to bury ourselves and them in the conflict period.”

Like many, I read that news in disbelief. This is  2019 – 25 years after the ceasefires of 1994 – and the headlines are about the murder of a young woman; a story illustrated in the pictures of rioting, petrol bombs, burning vehicles and gunfire.

Who directed that riot in Derry – manipulated the young people in that situation and ordered a gunman on to that stage?

There are those who can’t live with the ‘peace’ and, so, people have to die – on this night, and in this place, it was Lyra McKee.

Political leaders issued a joint statement and came to speak with and stand with the people of the Creggan.

In this, there is hope; some light in the darkness that, perhaps this time, those many dissident IRA organisations might go away – because they have been shamed into doing so. We witnessed such a retreat after the Omagh bomb in 1998.

Yet, there can be no certainty about this.

Denis Bradley, who co-chaired the first legacy consultation process here more than a decade ago, is right: “Those hopes have been raised before and have been dashed before.”

He was writing in the Irish Times, writing with all the experience of years of watching and listening.

There is no security or intelligence initiative that will extinguish the dissident threat. 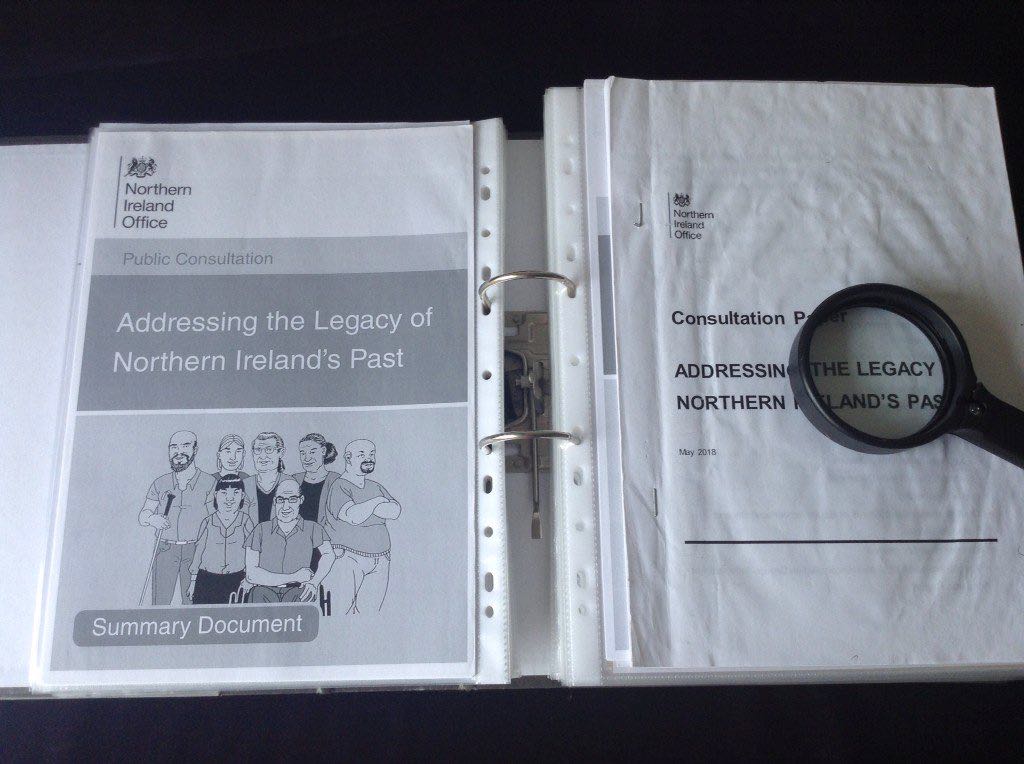 In my opinion, MI5 is part of the problem, their continuing presence  on the security landscape providing part of the excuse that dissidents use when arguing that nothing has changed.

For years, I have said there is a need for an initiative in which the nationalist leadership speaks directly with the dissidents; a joined up initiative that needs the weight of Irish Government involvement, the political and Church leaderships and those of community influence, including the GAA.

The purpose and focus of any such dialogue should be a demand that says, STOP.

More than 30 years ago, John Hume made that same demand of the IRA.

People, including journalists, suggested he was wasting his time, but he with others succeeded in delivering the ceasefire and in shaping the political process that gave us the Good Friday Agreement.

Those joined up political and policing steps taken on Friday are important, but they are not enough.

As for any legacy process, what should its principal purpose be – to ensure that the conflict is not repeated, that it never happens again.