You are at:Home»News & Current Affairs»An Open Letter to “the IRA” – By Lecturer Cathal McManus
Social share: 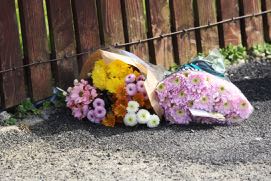 The Republic guarantees religious and civil liberty, equal rights and equal opportunities to all its citizens, and declares its resolve to pursue the happiness and prosperity of the whole nation and all its parts, cherishing all the children of the nation equally, and oblivious of the differences carefully fostered by an alien government, which have divided a minority from the majority in the past.

As we enter into the season of Easter, Irish Republicans across the island of Ireland will be remembering all those considered to be their “patriot dead”. In particular, Republicans will be commemorating those who fought and died in the 1916 Easter Rising and who proclaimed Ireland’s political independence. Their Proclamation, as quoted above, declared that the Irish Republic would be “oblivious of the differences carefully fostered by an alien government, which have divided a minority from the majority in the past”.

The leaders of 1916, and perhaps most Republican leaders since, greatly understated the importance of the differences that divide the minority from the majority. There has historically been a naïve notion that if Ireland got rid of the “Brits” everything would suddenly be better – we could even afford to be simply “oblivious” to the differences.

The harsh reality is that those differences are, and always have been, the primary barrier to the Ireland that Irish Republicans claim to desire and for which they struggle struggle.

If Irish Republicanism really wants to establish an Ireland that “guarantees religious and civil liberty, equal rights and equal opportunities to all its citizens” and which cherishes “all the children of the nation equally” it needs to face up to the task of building real and meaningful bridges between the minority and the majority.

This task, of course, has been complicated by the fact that too often in the century that has passed since 1916 the actions of Irish Republicanism have served to reinforce our differences. Too often, in the conviction that Republicanism stood for what was right and just, Republicans have been oblivious to the consequences of their actions; unwilling or unable to empathise with their Other – the minority.

The 1998 Agreement provided an opportunity for Republicanism to begin the very real challenge of building bridges; the peace process an opportunity to face up to the task of creating an Ireland that does cherish all the children of the nation equally and which finally moves beyond mere rhetoric.

The militancy that you continue to advocate and pursue is a barrier to the objectives you claim to aspire. If you are serious about working towards the type of Ireland imagined in the 1916 Proclamation, then it is time you faced up to this reality. It is time to accept that pursuing a “war” just because of historical precedent is a total folly.

The murder of Lyra McKee, a young woman whom you have robbed of the opportunity to pursue individual “happiness and prosperity”, should further encourage you to take stock of your political direction. The anger that Lyra’s killing has generated should, once and for all, demonstrate that your actions are wholly at odds with the views of the vast majority of people on the island of Ireland.

Easter is a symbolically important time for Irish Republicanism. It should provide you, as an organisation, with the opportunity to reflect upon what the Ireland you want looks like.

Is it an Ireland that really “guarantees religious and civil liberty, equal rights and equal opportunities to all its citizens” and which cherishes “all the children of the nation equally”? If so, it is time to call an end to your militancy and begin to aid the long and complex process of overcoming the differences that you continue to foster.

Social share:
Previous ArticleGood Friday and the Killer – By Rev Gary Mason
Next Article IT’S TOO LATE WHEN SOMEONE IS DEAD… By Brian Rowan