You are at:Home»News & Current Affairs»POLICING AND POLITICS FALL INTO THE PAST – By Brian Rowan
Social share: 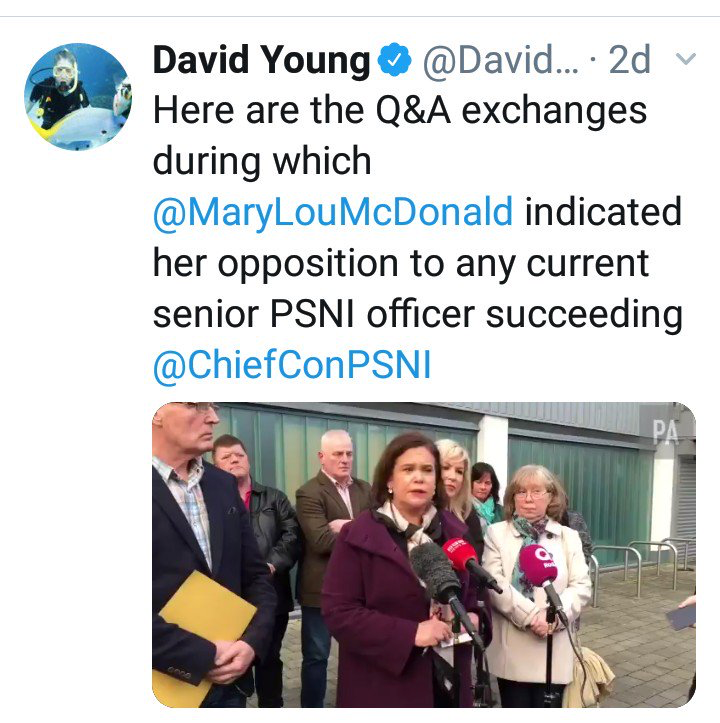 It will not be said out loudly or with attribution and it might even be denied, but there are republicans who know the damage and the mistake of Sinn Fein President Mary Lou McDonald’s comments on policing on Monday.

Not what she said about the PSNI having zero credibility on matters pertaining to legacy;  but her response to David Young of the Press Association when asked did she have confidence in any of the current police leadership team replacing Chief Constable George Hamilton when he retires.

It was not a rehearsed or an agreed position, but an immediate response to Young’s question.

Monday was one of those days when bricks were thrown in the political glasshouse and, since then, Sinn Fein’s policing spokesman Gerry Kelly has been trying to repair the damage.

It is twelve years since Sinn Fein endorsed the new policing project – that vote, in January 2007, coming on the heels of an IRA Convention on the same matter.

In the intelligence world, these decisions were seen as the confirmation that the war was really over.

The starting point in this latest row is another of those moments when the past intrudes on the present.

For some days now, the PSNI has been trying to explain its latest disclosure controversy – “a mess up rather than a cover up” Chief Constable George Hamilton told me in an interview for UTV’s View From Stormont. 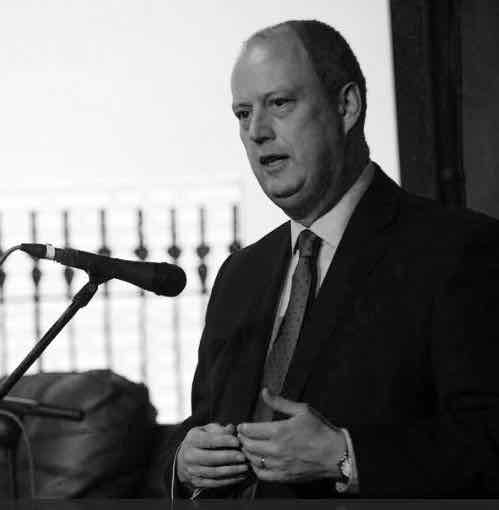 The consequence of information coming to the attention of Police Ombudsman Dr Michael Maguire late in the day – and some months after his office had requested it – will be a delay in his reports on investigations into a series of  UDA killings in Belfast and elsewhere.

He described that late disclosure as “extremely serious” but accepted that this was down to “a systems failure within the police”.

After, so many information battles, others sense cover up not mess up.

On Monday of this week, Mary Lou McDonald, with party colleagues, held a series of meetings, including with Police Ombudsman Dr Maguire and senior PSNI officers Stephen Martin and George Clarke before, later, speaking to journalists.

Think of the timing of what the Sinn Fein President said about the position of Chief Constable.

George Hamilton retires in June. The Policing Board, upon which Sinn Fein is represented, will appoint his successor.

Some believe that process has now been compromised – that potential PSNI candidates have been disadvantaged.

Gerry Kelly is adamant this is not the case, but when you are explaining you’re losing.

Mary Lou McDonald’s comments have caused something of an earthquake that has shaken the new policing project.

Yes, she had just emerged from a meeting with families who will have to wait longer for those reports from the Police Ombudsman, but this was one of those banana skin moments.

What does not having confidence in the PSNI at the top say to those in the lower ranks, including those from nationalist communities who joined the service after the political endorsement of new policing – believing in the new beginning?

‘New policing’  is a casualty of the Past.

The police have stood on too many banana skins: “Legacy is a toxic issue,” one republican commented. “The sooner it’s out of policing the better.”

Policing was similarly damaged when, before the Parades Commission, it made the decisions on marches.

For several years now, George Hamilton has been saying that he wants to give the police vault – those millions upon millions of documents and IT systems – to some new legacy unit.

That has not happened and the delay is a failure of politics.

After twelve years of consultation and negotiations with the same proposals emerging from a series of processes, that new legacy structure is not yet in place.

Instead, what we are watching is a legacy war.

No healing. No reconciliation. Just more hurt and the gaping wound of the past more and more visible in the present.

There could yet be further delay after the latest Northern Ireland Office consultation.

In controversial moments such as in recent days, some tend to forget that the past is not just about the police, the military and intelligence agencies.

There are those who believe that the IRA and the loyalist organisations also have zero credibility on this legacy question.

Can we really address the past without outside help?

The political negotiation needed the facilitation skills of Senator George Mitchell. The decommissioning process the outside help of General John de Chastelain while policing reform was steered by Chris Patten – its key theme depoliticisation.

Has that happened? The answer is no – the proof of that seen and heard in the mess and the arguments of the past few days.

Social share:
Previous Article“Brexit and beyond” … a tad premature, but… By Jim Dornan
Next Article Three Questions arising from the calls for a ‘Poll on Irish Unity’ – By David Rose