You are at:Home»News & Current Affairs»Wrong question in Brexit referendum – but what’s the right answer now? – By Dave Maley
Social share: 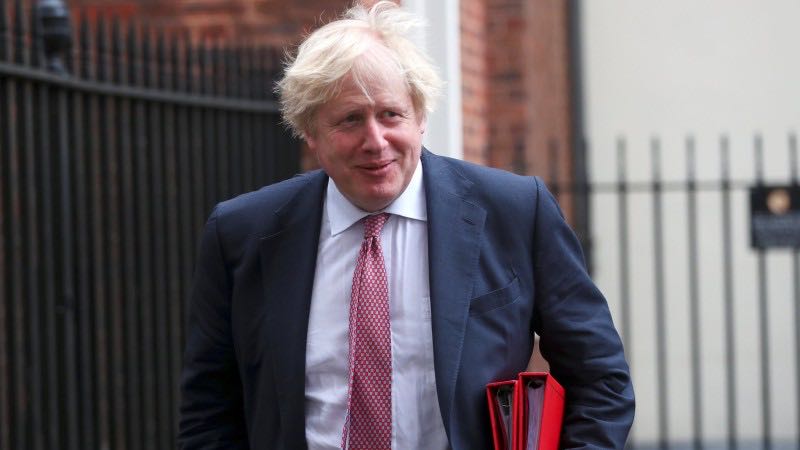 Thank goodness for the Christmas break. On top of the usual benefits and distractions away from the daily treadmill, some amongst us were lucky enough to enjoy almost a fortnight without mention of the B-word, but this week it is back with a vengeance, so I’m getting my dig in early.

Even whilst trying not to think “how did this happen?”, I involuntarily concluded that David Cameron didn’t just make a calamitous political miscalculation when he offered a referendum – he then made a comparably calamitous oversight in not thinking through what question should be put to the electorate (which was quickly followed by Teresa May’s equally calamitous miscalculation to call a General Election that lost her a parliamentary majority – you couldn’t make it up). In Cameron’s catastrophic carelessness lies the crux of the current fiasco. As I understand it, there are essentially three options on the table – leave with no deal (aka Hard Brexit), leave with Teresa May’s deal (aka Soft Brexit), and don’t leave at all (aka Wise Up). The trouble with having three options is that none may command a majority – neither in the House of Commons nor in the country, and that is precisely why we are where we are. If the electorate had been offered three choices back in 2016, we would almost certainly be in a very different world.

Do we need another referendum, and if so, what would the question be? Could it just be the one Private Eye mischievously suggested, “Are you willing to admit you got it wrong first time?” My neighbour who voted leave would now vote remain; my brother who voted leave would still vote to leave; perhaps my circle of acquaintance is just a bit limited, but I’m yet to find someone who voted remain who now wants leave (although some are getting to the point of saying, “leave, remain, I don’t care anymore, just get it over with”).

Unfortunately those who want to leave have nothing to gain from a second referendum, and will therefore invest enormous energy in justifying why there shouldn’t be one. Logic suggests that if Leavers say “the will of the majority must be respected”, surely they wouldn’t object to going back to the people and saying “sorry we didn’t think to ask first time, but please confirm it’s what you really want, and please clarify which of the two flavours of Brexit you mean if you tick Leave”.

So what does make the majority opinion of the registered electorate on 29 June 2016 sacrosanct? Is it still the will of the present electorate? Some people who voted in 2016 are no longer with us (and given the age profile of Leavers/Remainers, they most likely voted to leave); some people who were too young to vote then are now eligible to do so (and again based on age profile, would likely vote to remain). The same questions regarding on-going validity apply in the case of a General Election, of course, but there the electorate gets another chance to make a different choice in four or five year’s time, so no-one is saddled with choices that other people made for ever – but in the case of the Brexit referendum, the consequences will go on for decades. I did at least take heart from one story I heard during the holiday – a friend told me that prior to the poll in 2016, his mother said to her grandchildren “I doubt this will affect me for as long it affects you – how would you like me to vote?”. What if each vote in 2016 had been weighted based on the remaining life expectancy of each voter?
Winston Churchill is reputed to have said “democracy is the worst form of Government .. except for all those other forms that have been tried so far”, but I’m desperately scrambling for some democratic principle that will salvage sanity from the mayhem. The ego-bloated Tories and UKIPpers who made empty promises via a dubiously-funded campaign won’t suffer the economic consequences of their hubris, it will be the poor folk who were subjected to relentless misinformation. To say that the economic victims of the Tory government, who used the referendum as a protest vote, cut off their nose to spite their face simply doesn’t capture it – they have cut off their face to spite their nose.
Perish the thought that I might agree with anything George Osborne says, but he rightly points out that democracy (in theory) is not about imposing the will of the majority on the minority, but about having a representative system that enables – insofaras possible – the views of significant constituencies to be taken into account. Therefore if 48% of voters didn’t want to leave, leaving with no deal is undemocratic when there is a deal available.
The only consolation I can find is that politics is rarely black and white. If you subscribe to the thesis of Yanis Varoufakis, the former Greek Finance Minister, that the EU is designed for the benefit of German industry and French agriculture and administration – and in hard times, to the savage detriment of smaller economies like Greece and Ireland – then there is potential benefit if other countries follow the UK’s lead (though hopefully not their process) and the EU has to consider reform. Not that there is any sign that the resignation of a major member from the club has prompted the Eurocrats to consider there might be a problem with the rules.

The scarcity of certainty in politics means that I have to concede the possibility that in twenty years’ time the Brexiteers will be proven right and will be heralded as having been visionaries; more likely they’ll be blaming the economic demise of the UK on the country having opted for the “wrong sort” of Brexit, which is perhaps the most galling thought of all.

Of course, there is one thing in politics that is totally black and white – the two options we were given on a ridiculously unthought-through referendum question. The present political lampoonery, that is certain to run on well past the pantomime season, suggests that contrary to Private Eye’s suggestion, it wasn’t the electorate who gave the wrong answer, it was an incompetent government that asked the wrong question.