You are at:Home»News & Current Affairs»EXCLUSIVE – “The government should have stepped in to institute Direct Rule,” Peter Robinson speaking ahead of the start of the DUP’s annual conference – By Eamonn Mallie and Brian Rowan
Social share: 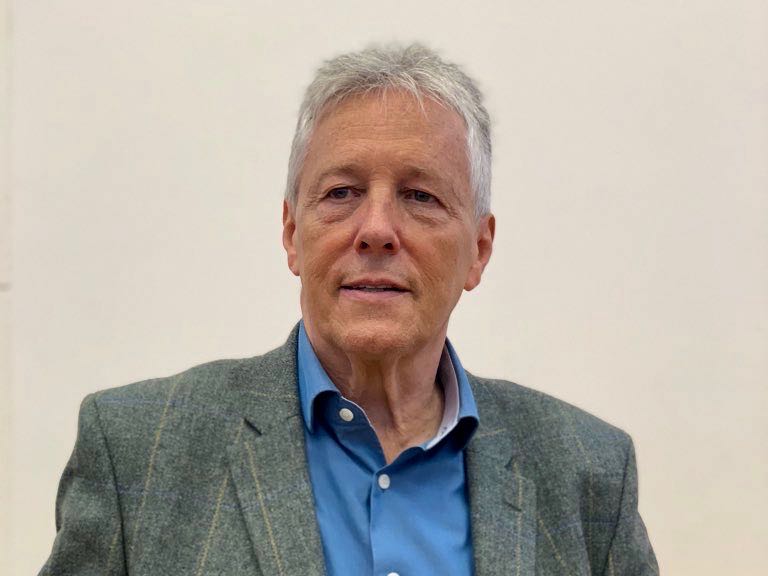 We witnessed a different Peter Robinson on Thursday at the Methodist Centre at Knock in Belfast – the weight of political office lifted from his shoulders.

Robinson – the former First Minister and DUP leader – was the latest guest speaker in a series of talks – ‘The World Around Us’.

The question posed for him: What Lies Ahead?

He apologised to his audience in advance that he may need the help of some throat lozengers, and in a play of words and in a reference to the Belfast republican Danny Morrison said he would deliver his talk “with a handkerchief in one hand and some strepsils in the other”.

“What a mess,” he began. “People at the top don’t know what they’re doing.” He wasn’t referencing Brexit or the standoff at Stormont, but the state of play at Manchester United.

The scene had been set for the Robinson talk by former Methodist President Harold Good – a church witness to the IRA’s decommissioning in 2005 and an interlocutor in the background moves that would eventually create the Executive of Ian Paisley and Martin McGuinness two years later.

“One of the greatest mistakes the DUP ever made was not talking directly to our adversaries,” the former east Belfast MP commented – this part of the learning of the peace process era.

Much of the talking was done through the two governments – British and Irish – governments that “had their own agendas”, he said.

In the here and now, he had this advice: “If people want to maintain the Union it is necessary for us to have a stable government in Northern Ireland.”

“You need to be careful not to allow the most vociferous voices in your party lead you,” he added.

Robinson believes devolution can be restored but, in the waiting, said the government should introduce Direct Rule.

He wished the draft agreement that unravelled in February had been leaked earlier to this website; saying that had it been many of the fears would have been addressed, specifically on the Irish Language Act. Mr Robinson cited fears wrongly raised that there would be quotas in the Civil Service and Irish Language street signs everywhere.

“I couldn’t care less about the Irish Language. Let them speak it until they are green, white and orange in the face, as long as it doesn’t encroach on me” he said.

This was “such a small issue” – smaller than say the devolution of policing and justice and, before that, agreeing the conditions for that Paisley-McGuinness Executive.

Within a year, Robinson would replace Ian Paisley as First Minister.

He said he had always been convinced that McGuinness wanted to make progress – “for the new era to succeed”.

He spoke of their common interest in sport – that this was how their Monday conversations began; discussing the weekend games.

“Without trust it [the political project]would not have worked,” he said.

His unscripted, conversational talk – stretching a little over an hour – spanned his fifty years in politics.

Mr Robinson spoke of coming from an apolitical family which was very involved in the Presbyterian church. He recalled his childhood in the countryside and one young Catholic friend, Sean. “We were always together messing about when we were young but when we went to different schools and it began to change,” he said.

The former first minister spoke at length about the IRA killing of his best friend Harry Beggs which he said decided for him to become politically involved. He added “I decided then at the funeral not to let the terrorists win.”

Confirming he hadn’t spoken to Gerry Adams or Martin McGuinness until two days before the press launch of the Assembly and Executive agreement between the parties – Peter Robinson said “I would have to admit there were times when I looked across the room at Gerry Adams and Martin McGuinness and my mind went back to Harry Beggs but decided ‘the best way to honour those killed was by making sure others did not get killed.’ “

Referencing his involvement in secret political efforts to win peace down the years such as the inter party Duisburg discussion in West Germany in 1988, Mr Robinson said “this was down to a realisation on both sides the violence was not leading to a resolution but only to more coffins etc.”

Robinson spoke warmly about how he and Mr McGuinness shared party difficulties. “To operate you had to know what problems being faced in each other’s party. I told him things I didn’t tell others, he did the same and neither of us betrayed the other’s trust.” said Peter Robinson.

McGuinness and Robinson even discussed their mutual retirements.

The former DUP leader recalled Martin McGuinness arriving in the RVH – to visit him with a basket of fruit when he had his heart attack. He said little did either know what was going to happen to Martin so soon – a reference to his illness and sudden death in March 2017.

On the broader political front, Mr Robinson in supporting the confidence and supply agreement between his party and the Conservatives at Westminster, warned that these things have “a shelf life” – that when numbers change, the Tories will move on, and he told his audience that a former Taoiseach had told him that people in Dublin are not “chomping” to be part of a United Ireland.

Mr Robinson contends that the two big parties might think they have other options, but that the DUP and Sinn Fein focus should be on Stormont and on the restoration of stable government here – this the challenge for Arlene Foster and Michelle O’Neill.

He jocularly remarked about Jim Allister encouraging him to commit himself to politics while he went off to pursue a successful career as a barrister. The former DUP leader added: “I then persuaded him to return to politics and you know the rest. I suspect if we had our lives to live over again we might both act differently.”

On one other issue – the question of a legacy process – Robinson believes it will be more divisive than healing and that there will never be a common narrative.

He referenced the scenes at the launch of the Eames/Bradley report almost a decade ago – saying he thought the riot squad was going to have to be called.

This was an enlightening talk from a political leader now away from the front line: “You don’t get agreements without compromises,” he said.

Those fifty years in politics have brought much learning – knowing what works and what doesn’t. Those stuck on Stormont’s hill should call him, ask his advice, tap into his experience – that is if they want to work the politics of this place.