You are at:Home»News & Current Affairs»Addressing the past: Reconciliation is the ultimate prize – By Dolores Kelly
Social share: 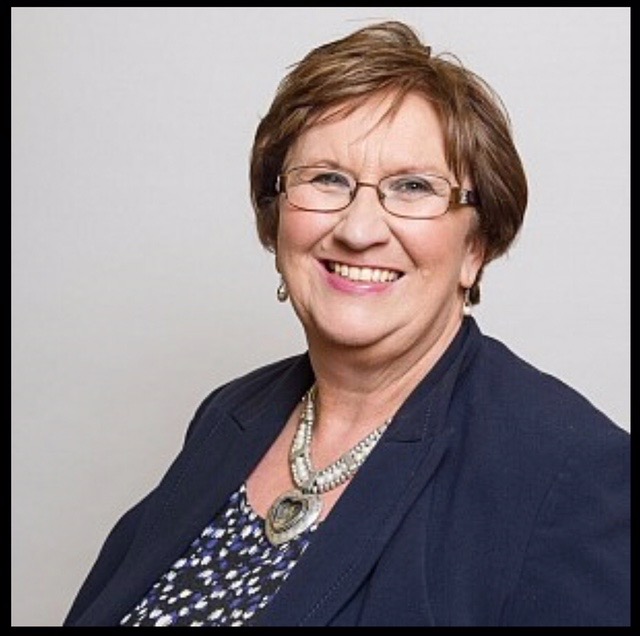 ‘What is done, cannot be undone, but one can prevent it from happening again.’ Anne Frank

This is not the first attempt to navigate a way forward for victims and their families, but regardless of the outcome, it is likely to be the last, given that the Victims’ Commissioner has said there is a possibility that there will be a limited response to the current legacy consultation. Therefore, we cannot afford to allow narrow party politics to dictate the success or failure of getting this right, as it was after all, narrow politics that caused the sectarian war that we all know as ‘the Troubles’ in the first place.

There are numerous factors when it comes to addressing and dealing with the legacy of our troubled past. There are many narratives of that 30-year period, many stories to tell, many contrasting and many unheard. Recent efforts to address the past is muddied by the revisionism of Sinn Féin and their aggressive re-writing of the past. As well as the denial of some segments within Unionism who reject the existence of collusion and the implication that the scales of justice were heavily tilted in favour of state actors who claimed the lives of many innocent victims.

As should be expected, victims and their families aren’t all singing from the same hymn sheet, nor should they be. Where some desire justice, others seek the truth; where some want arrests, others want a chance to forgive. Where some want closure, others wait for acknowledgement, and while some want to keep their privacy, others wish to know nothing at all. That is why the ‘one size fits all’ approach has been rendered unworkable when it comes to resolving this highly emotive and divisive issue. How the families of victims wish to charter a way forward in pursuit of dealing with the hurt caused to them by the loss of a loved one is not to be dictated to by anyone.

The SDLP (whilst supportive of the architecture) disputes key elements of the Stormont House Agreement and, if the consultation does not produce further meaningful changes, we are concerned about the capacity of the mechanisms to deliver justice, truth, acknowledgment and accountability, which have been so long denied. It is imperative we see the removal of the national security veto which runs throughout the proposals to prejudice the hopes of victims and protect the interests of states agencies and paramilitary groups, who are desperate for the truth of their different actions to be suppressed.

Others issues which need to be considered include lack of proper resourcing, as well as the openness and honestly of the two governments and former terrorist organisations to cooperate by providing fulsome accounts of their role in the past. Likewise, the SDLP are unhappy that those with the best knowledge on how to structure the Oral History Archive and win the confidence of contributors are regulated to a mere ‘advisory’ role- which raises many questions about the sustainability of the body.

Questions still remain as to whether all cases will be properly investigated or re-investigated by the proposed Historical Investigations Unit (HIU), and whether the legacy processes will be characterised by mere haste, as opposed to thorough and complete.

Since the announcement of the consultation in May 2018, the SDLP has met with victims’ groups right across the North – not to politic, but to listen and learn. We aren’t interested in mere words or meaningless placards; rather our priority is to reflect the wishes of victims’ campaigners in our response. Despite These mechanisms are far from a panacea. The time to deliver for victims is today, not tomorrow.  The sentiments of this can be plainly echoed in the words of W.B Yeats, and later repeated by our founding member and leader John Hume, ‘too long a sacrifice can make a stone of the heart.’

The SDLP believes that the out workings of this consultation can provide a real opportunity ( as far as possible) to help heal the wounds of the past. If the evident fault lines in these proposed mechanisms are addressed we are up for this challenge.

The SDLP has never shied from truth, nor justice, and we won’t now. Those  who are intent on putting today’s task off until tomorrow because it doesn’t quite fit the agenda they desire should be ashamed of themselves. The record of the various legacy talks confirms that the SDLP has been relentless in seeking to create structures that live up to the needs of victims and fully serve respect for the past and hopes for the future.

Yet unfortunately, all around us we see the evidence of political stagnation. The atmosphere is toxic. Leadership is arbitrary, with knee-jerk reactions to Autumn talks and the premature calling of a border poll. Despite moving mountains to maintain peace here in the North since 1998, victims have been left behind. Whilst wider society inherits the benefits of our peace agreements, many families have not had the chance to move on; they carry the decades of our troubled past with them, and for them, we need to get this right. We also need to get this right, not only to right the wrongs of the past, but to deliver for communities today. Reconciliation, not retribution, is the real prize here.

The lasting effects of our troubled past are imbedded deeply within our communities across the North. The legacy of paramilitary control continues, many of us are born into communal blocs separated by ‘peace’ walls, and no-more does the past haunt us than in the high suicide rates of our young people.

No better is this illustrated than in Lyra McKee’s article ‘The Ceasefire Babies: Why did the suicide rate in Northern Ireland soar following the Good Friday Agreement?’ which shows that suicide has stolen the lives of more ceasefires babies post 1998 than those who died in the Troubles. This is the legacy of our troubled past, and this is why we can no longer politick with this issue.

In the powerful account of ‘Lost Lives’, which recalls the stories of those men, women and children who lost their lives as a result of ‘the Troubles’, these words should serve as a reminder of why we must get it right this time: