You are at:Home»News & Current Affairs»We still have not an agreed narrative on the Past – By Anna Bryson and Louise Mallinder
Social share: 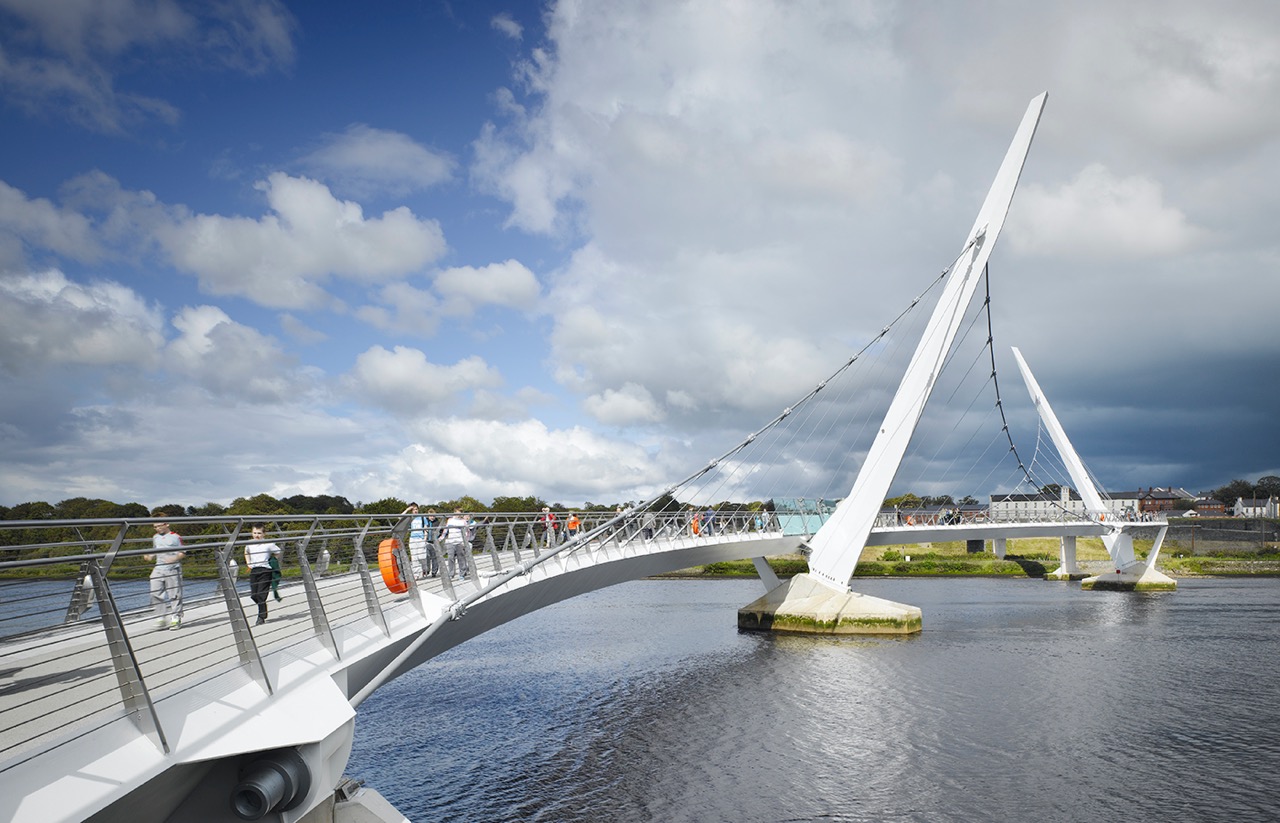 There have been three major attempts to comprehensively deal with the legacy of the past: the Consultative Group on the Past (2009), the Haass-O’Sullivan draft agreement (2013) and the Stormont House Agreement (2014). Each in different ways proposed that broader patterns and themes should be analysed. This work is particularly important as to date our piecemeal approach to the past (focused on individualised cases) has merely hinted at underlying causes, contexts and consequences.

The Haass-O’Sullivan draft agreement made robust proposals as to how we might probe the ‘political and strategic context of events during the conflict’, including the establishmentof a ‘themes unit’ to investigate causes and patterns of violence. Although thematic analysis was retained in the Stormont House Agreement (SHA) within the remit of the Implementation and Reconciliation Group (IRG), it was substantially downgraded, not least because the ‘independent academic report on themes’ is not due to be commissioned until five years after the four institutions have been established.

The SHA is quite vague as to how the work on themes and patterns should operate in practice. It simply states that amongst the IRG’s functions would be responsibility for overseeing themes. There is no detail on the methodologies to be used by the independent academics to select themes, the types of evidence that they will be able to access, the criteria for appointing the academics, the procedures to safeguard the independence of their work, and the extent to which the final thematic report would ever be made public. The SHA does, however, stipulate that ‘this process should be conducted with sensitivity and rigorous intellectual integrity, devoid of any political interference’. The latter is particularly important given that the IRG itself is comprised of eleven political nominees.

Why is it important to analyse themes and patterns?

Both the Consultative Group on the Past report and the Haass-O’Sullivan draft agreement made clear that the importance of thematic analysis was repeatedly emphasised in the submissions they received from public consultations. This is not surprising given its centrality to holistically addressing the needs of victims and survivors, promoting reconciliation, narrowing the space for ‘permissible lies’, and highlighting appropriate steps to ensure that past violations do not recur.

Addressing the needs of victims and survivors

For individuals who have suffered serious human rights violations, directly or through harm caused to a loved one, acknowledgement is often a basic requirement of the healing process. Reports or verdicts on individual cases tend to be confined to narrowly interpreted facts filtered through a legalistic lens. Case-by-case handling does not generally consider, for example, whether the reported evidence is linked to wider institutional failings or a deliberate campaign. Whilst limited acknowledgement can be of significant benefit to victims and survivors (providing official recognition of the harms inflicted and in some cases including vitally important detail) it is for many inadequate. Indeed, for some it is perceived as a form of denial or obfuscation that actually adds to the original harm.

Deepening our understanding of the past

The‘decade of centenaries’ has put a spotlight on our conflicted and troubled history. A comprehensive and inclusive commemoration ofthe 1916 Rising necessitated more than 50 official ceremonies and hundreds of diverse local initiatives. The centenary of the foundation of the Northern Ireland state now looms large on the horizon, throwing up as many and more challenges. At the heart of difficulties about how we commemorate the past is the fact that there is precious little agreement on the causes and consequences of past violence. For some victims nothing short of an admission by paramilitaries that they were wrong to take up arms in the first place will do. For victims of state violence any account of the past that fails to account for broader contextual factors is impossibly skewed. As a result, we still do not have a shared language or narrative of our past, there is ongoing wrangling about the definition of victimhood, and we have thus kicked into touch any systematic effort to explore the patterns and themes underscoring our violent past. This failure to comprehensively confront the past arguably stands in the way of a shared vision for our future, with obvious repercussions for political stability and the prospect of reconciliation.

The analysis of broader patterns and themes, if done in good faith, could help to plug important gaps in our understanding of the past. These relate to systematic forms of perpetration (e.g. sexual and gender based violence, sectarianism and collusion), all of which can be important for countering narratives of denial. It may also help us to better understand how people of different genders, generations and classes – and those from rural and urban areas – experienced conflict. In addition, given that two of the SHA mechanisms (the Historical Investigations Unit and the Independent Commission on Information Retrieval) are focused exclusively on deaths, thematic analysis offers the potential to catch what falls between the cracks of their parameters. Focusing on broader cross-cutting themes has the potential to unsettle traditional legal and political lines of enquiry and to thus build empathy and understanding across and between different sections of our society.

International experience has demonstrated clearly that understanding the causes of conflict is an important element for preventing future violations. For example, where state institutions are implicated in perpetrating violations, it is imperative to expose any systematic institutional failings and to take steps to remedy them in order to ensure they operate in a human rights compliant manner in the future. These protections can also be important for the legitimacy of state institutions. Likewise, anti-state violence often thrives on simplistic and uncomplicated narratives of the past. Exposing the dark and complex realities of past violence is undoubtedly a bulwark against naïve and ill-informed ‘calls to arms’ in the future. In human rights terms, this is precisely how the state’s legal responsibility to ‘guarantee the non-recurrence of violence’ is put into practice.

In the months and years that have lapsed since the Stormont House Agreement the issue of patterns and themes has become increasingly central. Most notably it was agreed in the political negotiations that followed the SHA that the IRG would be placed on a statutory basis. The draft legislation that was published by the NIO last May proposes to establish the IRG, comprising eleven political nominees, with a statutory obligation to commission ‘academic experts’ to identify and report on patterns and themes.

The appointment of the academics

The current iteration of the legislation stipulates that the ‘academic experts’ must act ‘independently of any other persons, free from political influence, and in such as a way as to secure public confidence in their reports.’ It defines an ‘academic expert’ as ‘a person who, in the view of the IRG, is of proven academic standing’ but it stops short of stipulating how that standing might be established. Picking up a recommendation made in the course of our work on the ‘Model Bill’ process there is a suggestion in the NIO consultation paper that accompanies the legislation that the Economic and Social Research Council (ESRC) might be engaged to ‘help provide structure for the project’ and ‘commission the academic work’. We see this as a welcome development as it helpfully focuses attention on ensuringthat the structures are primed to maximise independence, rather than placing the onus on the academics themselves. In our view the best way to secure public confidence in the work of the academics is to ensure that the appointment process is rigorous, fair and transparent, that experienced individuals with the necessary expertise are appointed, and that they are then entrusted to get on with the work.

The evidence base for the report on patterns and themes

It makes sense that the academic experts should report on the patterns and themes identified in what are described in the legislation as the ‘four principal reports’ i.e. reports from the Historical Investigations Unit, the Independent Commission on Information Retrieval, the Oral History Archive and the President of the Coroners Service of Northern Ireland. This emphasis on the centrality of these reports does, however, heighten concerns about the processes (within the critical first five years) by which evidence will be admitted to the other legacy institutions, such as the Oral History Archive.

As expected, the Stormont House Agreement did not specify what other sources the ‘independent academics’ could or could not consult to help compile their report on patterns and themes. To do otherwise would fly in the face of any notion of academic freedom and integrity and, frankly, would seem absurd. The draft legislation now out for consultation is, however, somewhat vague on this issue. On one reading of the legislation, it appears that the experts ‘may take account’ of other relevant and publicly available sources but the rationale for the additional sources listed in subsection 62.3 is unclear. There is moreover a subtle difference between the presentation of these ‘other reports’ in the NIO Consultation Paper that accompanies the legislation (where the dropdown list of accredited sources appears to be closed). This is an issue that could usefully be clarified in the course of the public consultation exercise so as to ensure that the vitally important work on patterns and themes is indeed ‘recognised as being independent, rigorous and in line with academic best practice.’

Social share:
Previous ArticleCHOREOGRAPHY? – THERE IS NO STORMONT DANCE – By Brian Rowan
Next Article Nationalism must be alert not to end up in a constitutional crisis due to Brexit – By Niall Murphy