You are at:Home»News & Current Affairs»SHA legacy bill – how independent will the Historical Investigations Unit be? – by Daniel Holder
Social share: 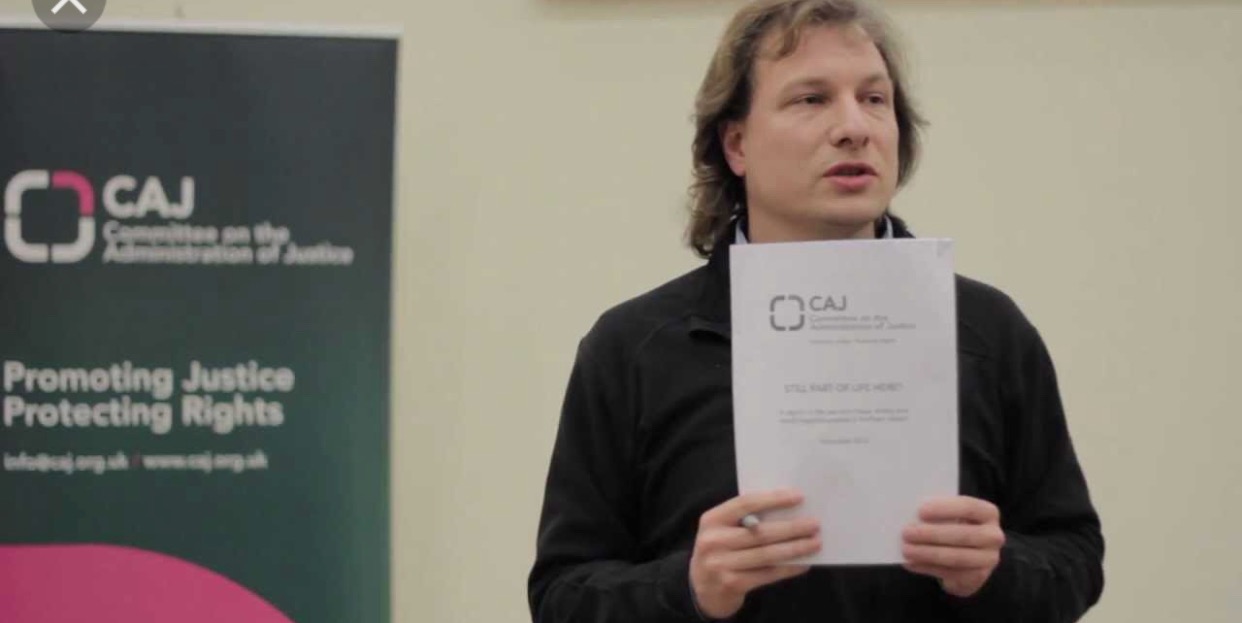 Human rights law requires in any case that investigations into such deaths be wholly independent, a requirement often referred to as ‘Article 2 compliance’, in reference to Article 2 of the European Convention on Human Rights (ECHR).

This post examines how independent a HIU established under the current draft SHA Bill would be. Will it be an independent body? Who will appoint the HIU director? Will it have adequate powers? Who will control its resources? Who will be employed as the HIU’s detectives?

In relation to this last area, the current practice is to preclude the employment of former RUC and military officers from employment in legacy investigations. This is again under the principle of ‘Article 2 compliance’ or put more simply the principle that you cannot investigate yourself in cases where there may be questions of state involvement. This would include the HIU’s role in assessing the effectiveness of a past investigation, and hence whether there are grounds for the HIU to re-investigate.

The draft SHA Bill proposes a significant departure from this principle by containing a provision that not only permits but has the effect of requiring a certain quota of former RUC officers to be part of the staffing of the HIU, alongside detectives with no previous NI involvement. In doing so the Bill seeks to resurrect, and further codify, the model previously tried out under the PSNI’s Historical Enquiries Team (HET)

Among the most significant concerns around the fettering of the HIU’s independence are the ‘national security’ vetoes contained within the legislation. This includes unprecedented powers vested in the Secretary of State to redact any ‘sensitive’ information from HIU reports before they are given to families. There is also an overarching duty in the Bill on the HIU to ‘not do anything’ that might ‘prejudice the national security interests of the United Kingdom’. The issues over disclosure and the ‘national security veto’ will be dealt with in a separate forthcoming post. This post will examine other strengths and weaknesses of the draft SHA legislation in relation to ensuring the HIU’s independence.

Structure and leadership of the HIU

The Bill would set up the HIU as an independent public body under a ‘body corporate’ model. The HIU would be a multi-member commission (a similar model to the Equality and Human Rights Commissions) consisting of five members, including the HIU Director. The alternative would be for the HIU to be a ‘corporation sole’ whereby the powers of the office are vested in one figurehead (similar to the Police Ombudsman and DPP), which arguably can achieve greater independence, provided the appointee effectively does their job. A multimember Commission can bring a multitude of talents, but also runs the risk of the appointment of a ‘wrecker’ who can grind proceedings to a halt. In this instance two of the four members will be appointed by the HIU Director themselves, the other two by the Department of Justice ‘appointments panel’ which also appoints the HIU Director.

Previous proposals back in 2015 vested the appointment of the HIU Director in the First and deputy First Ministers, in consultation with the Justice Minister. This has been changed and with the 2018 Bill providing for the appointment to be recommended by an appointments panel consisting of the Attorney General for Northern Ireland, Victims Commissioner and Head of Civil Service, along with a person with criminal investigations experience nominated by the Department of Justice. The notable gap here is that there is no involvement of any international body in the process, which would enhance independence, such as the UN human rights agency (OHCHR) that would have been involved in similar appointments in other jurisdictions. Under the Bill the panel’s decision must be unanimous.

The HIU’s funding is to come from the Department of Justice, via the Policing Board. Essentially the HIU is to be paid from the department’s budget and there is no obligation in the Bill on the UK Treasury centrally to provide even the initial resource package committed to in the SHA. This model essentially replicates the funding models of the legacy inquests system and Police Ombudsman. Both of these institutions in recent years have had their work hampered by cuts and a withholding of resources, including the unlawful blocking of inquest funding bids to the UK government. This structure may replicate these problems.

Powers of the HIU

The draft Bill sets out which cases are in the HIU’s remit. The HIU is to produce a report into each of these cases, but there is discretion as to the extent each case is investigated. There are some constraints on this discretion – for example the HIU in deciding whether to investigate also ‘must’ take into account previous investigations and not unnecessarily duplicate them. This, however, would include previous investigations that were not ‘Article 2 compliant’. Whilst such past investigations would be unlawful, as the Bill stands, they could still preclude the HIU from investigating the death. The HIU is precluded from investigating anything that is not a death within its remit, including an attempted murder.

The Bill does have a power to compel the disclosure of official records to the HIU. One weakness in the provision is that there is no sanction for non-compliance. It would be for the HIU to have to go through the complex and costly process of judicial review should agencies not hand over documents. Whilst there is a popular critique that such provisions are ‘unfair’ as only the state agencies and not paramilitaries keep records, this assertion appears to overlook that most state records, in particular past investigation files and intelligence files, concern the activities of paramilitaries. Records regarding the actions of the state and particularly wrongdoing are often those more likely to have gone ‘missing’. In any case, the relevant power for obtaining information from paramilitary suspects and witnesses are the HIU’s police type powers.

The draft SHA Bill would oblige the HIU to be organised into separate units, including at least one unit that does not include an HIU officer with a real or perceived work-related conflict of interest. This essentially replicates the HET model whereby there is a team without former RUC or military officers to deal with state involvement cases.

The HET had to be stood down ultimately as under this model state involvement cases were not dealt with in an Article 2 compliant manner. There were significant questions in relation to the disclosure of records into these units, and as to the extent independent teams could be successfully isolated from others in the same building. As regards state involvement cases it is also difficult to ascertain which cases fall into this category before they have actually been investigated.

Whilst there have been significant political asks that the HIU permit the employment of former RUC Officers, such a practice would be a significant departure from existing practice as well as the legal requirements of Article 2, a matter which has already been the subject of successful Judicial Reviews. In relation to current practice the Police Ombudsman restricts such employment in its legacy team.

Operation Kenova, being led by Chief Constable Jon Boutcher of Bedfordshire Police, has also stipulated that its investigations team, “will not include personnel who are serving in or have previously served in the Royal Ulster Constabulary, Police Service of Northern Ireland, Ministry of Defence or Security Services.”

The 2018 Bill not only departs from this approach but by contrast provides a statutory duty that has the purpose or effect of compelling the HIU to employ significant numbers of former RUC officers. This is framed as a duty to ensure a balance of HIU Officers who have previous Northern Ireland policing investigative experience with those who have such experience elsewhere. Almost tongue-in-cheek the Bill links this duty to the SHA principle that the approach to dealing with the past be ‘balanced, proportionate, transparent, fair and equitable’.

HIU officers can also be seconded from the PSNI or Great Britain police forces, including the military police. Given the passage of time it is not clear if there are sufficient numbers of former RUC officers with recent investigative experience who could even make up such a quota, raising additional practical questions.

It would appear counterproductive to put forward a model that is both impractical and likely to be found unlawful. A more sensible approach at this juncture, given we are still likely to be some time away from the HIU becoming operational, would be to train further detectives now.

In summary there are some strengths to the structures and powers of the HIU in the existing Bill, but there is plenty to be improved upon to fulfil the SHA promise of the HIU being established as a genuinely independent body.

Daniel Holder is Deputy Director of CAJ and a member, alongside academics from the law schools of Queens and Ulster Universities of the SHA Model Implementation Bill team.

Social share:
Previous Article“WE ARE EITHER FOR PEACE… OR WE’RE NOT”- By Brian Rowan
Next Article “How do you get over the crash and the rubble of the February collapse?”- By Brian Rowan