You are at:Home»News & Current Affairs»LEGACY – INVESTIGATIONS OR INFORMATION? – By Brian Rowan
Social share: 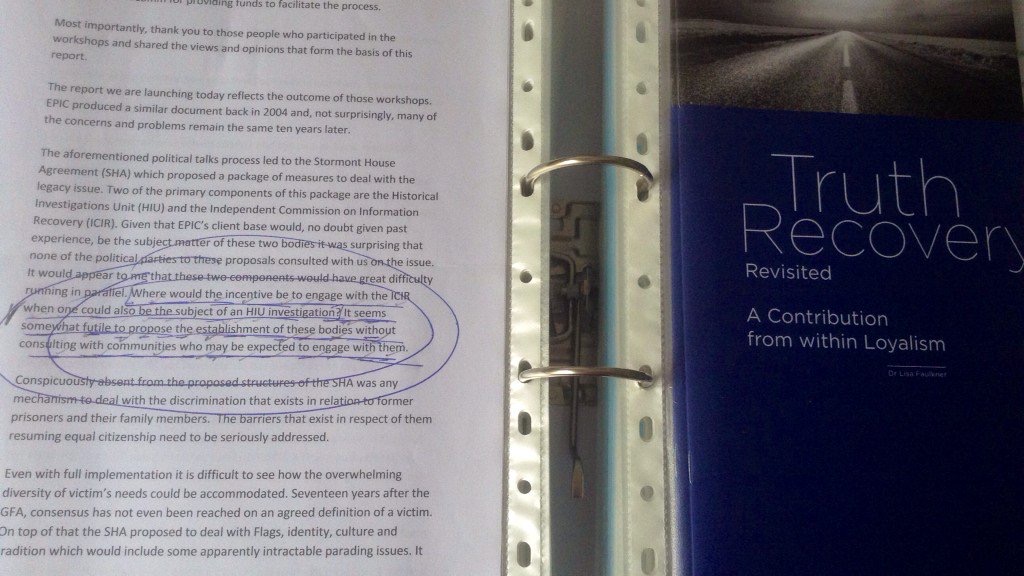 Just a week after the launch of the legacy consultation here, already clarification is being sought.

It relates to the proposed new Independent Commission on Information Retrieval (ICIR) – designed to enable families “to seek and privately receive information about the Troubles-related deaths of their relatives”.

If it is to work, then such a process will require the cooperation of republicans, loyalists and those in security and intelligence roles.

Up to now, the understanding has been that information provided to the new Commission would be protected.

See above from the draft legislation, but, a paragraph in accompanying explanatory notes – published as part of the consultation – raises a question.

Just how tight – how safe – is that seal?

Long before the publication of these notes, loyalists had voiced concerns about an information-retrieval process running at the same time as the proposed new Historical Investigations Unit (HIU).

“Where would the incentive be to engage with the ICIR when one could also be the subject of an HIU investigation?” director of the Ex-prisoners Interpretative Centre Tom Roberts asked in 2015.

“It seems somewhat futile to propose the establishment of these bodies without consulting with communities who may be expected to engage with them,” he added.

A year later, Winston Irvine condensed that thought into a few words: “I don’t think turkeys vote for Christmas.”

Now there is this concern in relation to that paragraph in the explanatory notes – a concern that Sinn Fein MLA Gerry Kelly said could be “a huge disincentive” when it comes to cooperation with the ICIR.

Republicans are stressing that the issue has been identified early in the consultation process and raised in “problem-solving mode”.

Gerry Kelly was speaking at an information event at Queen’s University on Wednesday where Professors Kieran McEvoy and Louise Mallinder, Dr Anna Bryson and Daniel Holder of the CAJ explained the various elements of the legacy process.

In this consultation period, these are invaluable events, providing an opportunity to drill into the fine detail and to get some better understanding of this complex legacy process.

They deserve a wider attendance. 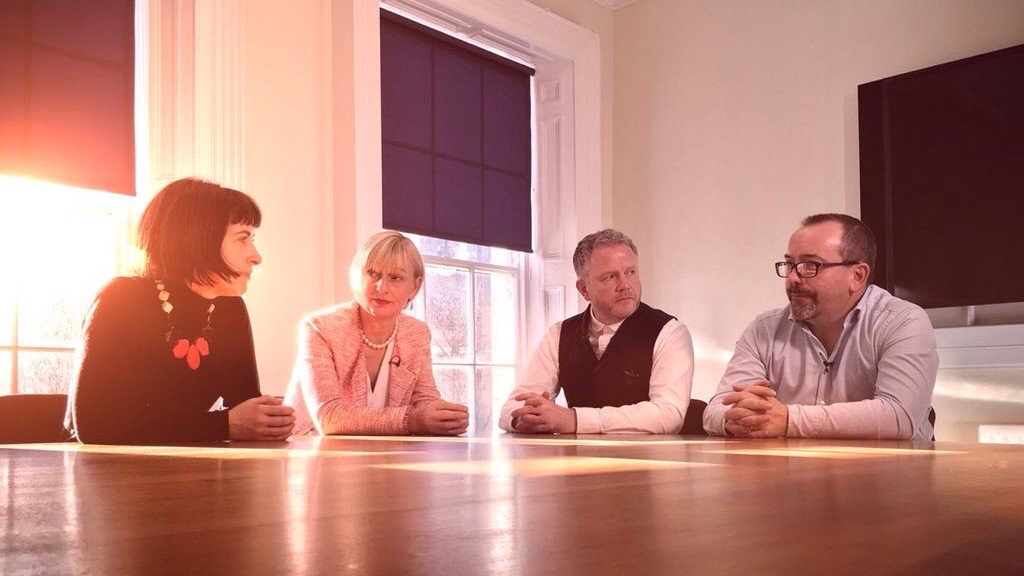 “Managing a mechanism which was investigation and prosecution focused (the HIU) while simultaneously running another designed to deliver truth-recovery with a guarantee of non-prosecution (ICIR) was always going to be a significant design challenge,” Professor Kieran McEvoy told this website.

“The first thing to note, as the former DPP [Barra McGrory] said on Friday, is that the reality is there are not going to be large numbers of prosecutions given the evidential challenges,” he continued.

“Second, those writing reports for families in the ICIR will have to be super mindful of their legal duty to ensure information therein cannot be used for prosecutions.

“Third, it might be worth examining both the sequencing of relations between the ICIR and the HIU but also making the non-usability of ICIR information even more water-tight.

“In any case, this is a public consultation which is designed to stimulate exactly these technical conversations on how the Stormont House Agreement mechanisms will work in practice. I welcome exactly these kind of debates,” Professor McEvoy told the eamonnmallie.com website.

IS THE SEAL UNBREAKABLE?

An information mechanism will only succeed if there is certainty about the process; certainty that the seal protecting information –  given privately – is unbreakable.

This is how the commissions on decommissioning and on ‘the disappeared’ worked; quietly, out-of-sight, off-stage.

It is how results are achieved.

The problem now is how to remove something that is in writing and contained within those explanatory notes.

At that event at Queen’s on Wednesday, Ulster University Professor Louise Mallinder said: “Individuals or groups who may be able to provide information need to be involved in consultation and implementation, especially loyalists.”

Especially loyalists, because they have been on the outside of this design process; this shaping of the investigations and information-retrieval strands and the planned archive and reconciliation elements.

“For this process to have legitimacy it needs to be representative of experiences of people across northern Irish society,” Professor Mallinder told this website.

“I think it’s important to engage with those groups to understand what concerns they might have about coming forward in this process.”

IS IT TOO LATE?

Perhaps not. The explanatory note could be a wake-up call.

Can you absolutely protect information within such a process?

Can you have both investigation and information-retrieval strands?

How do you best achieve maximum cooperation and information from republicans, loyalists and those in military, policing and intelligence?

Is there some yet unrevealed plan for a statute of limitations – some prosecutions amnesty?

If there is, then that needs to be declared.

Last Wednesday, Professor Kieran McEvoy used six words to describe the key benchmark for any future legacy process: “Is it going to be better?”

That is the question this consultation really needs to answer.

There is one chance to get this right.

Is the proposed mechanism the best way, or is there some other way? 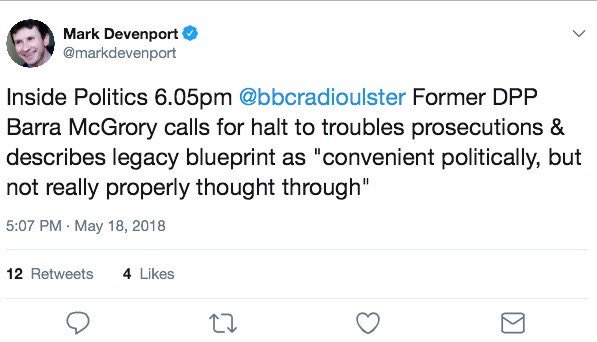 It was an important moment and contribution in the early stages of this consultation.

The design of this process has been, and is, far too political.

There has been little thought – or certainly not enough thought – given to cooperation with an information process and how that will work.

The issue – this clash  between investigations and information-retrieval – was flagged up by loyalists long before this consultation began.

It has been ignored, but is something that has to be resolved.

If this is to work, if the intention is to achieve the maximum amount of information, then there will have to be a re-drawing of the plans rather than a stubborn insistence to proceed with a flawed process.

Social share:
Previous ArticleSinn Fein, Irish Trade Unionism and Socialism in the 21st Century – By Jim McVeigh
Next Article The HIU versus the ICIR – By Doug Beattie