You are at:Home»News & Current Affairs»SINN FEIN & SDLP GIVE SHORT SHRIFT TO TALK OF SHADOW ASSEMBLY – By Brian Rowan
Social share: 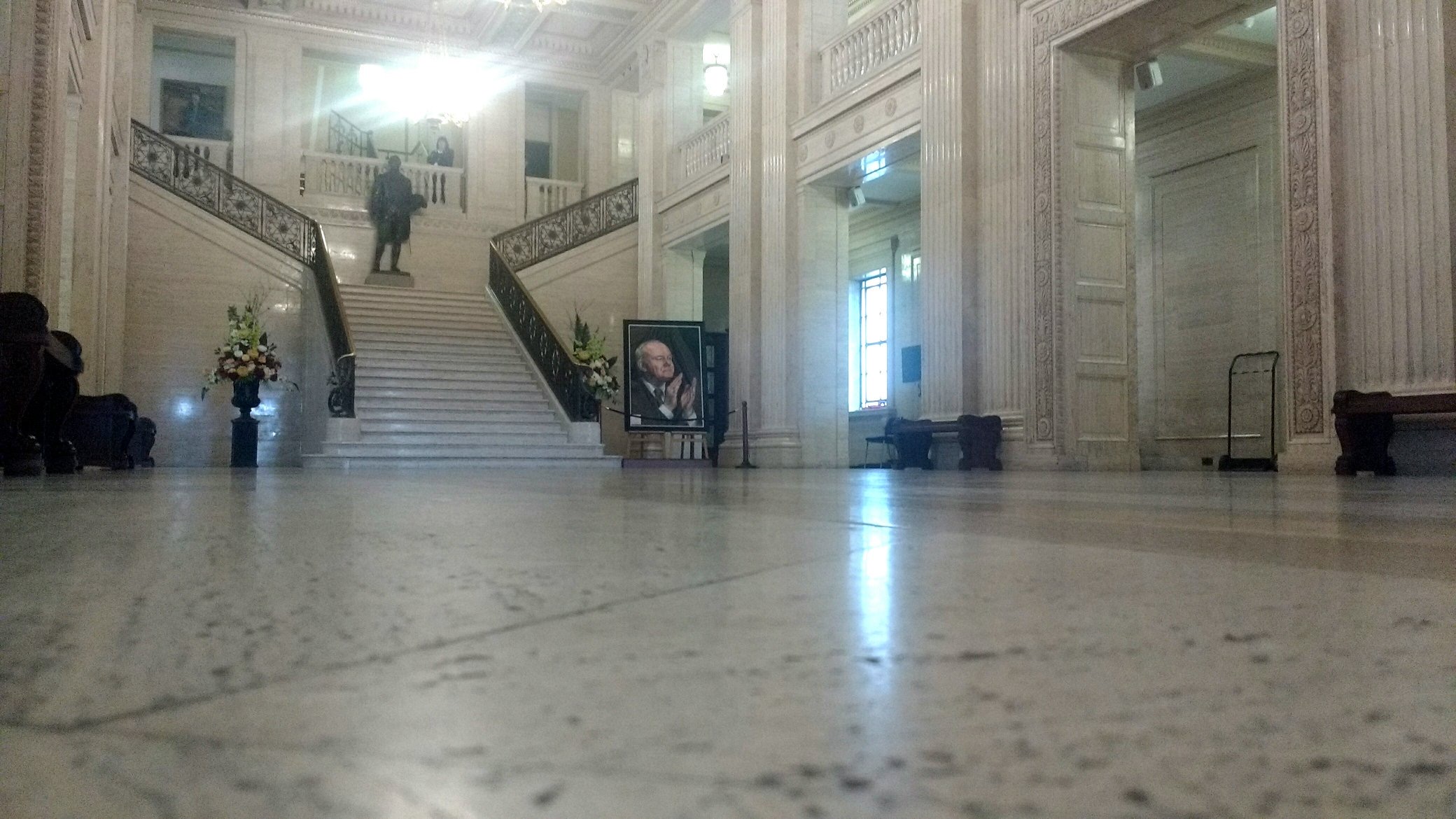 “All of this talk of a shadow Assembly is the British Government trying to abdicate its responsibility as a co-guarantor of the Good Friday Agreement.”

This is the SDLP leader Colum Eastwood speaking to this website on Monday after a weekend in which this idea of some shadow or transitional Assembly arrangement continued to thread its way into and through the political conversation.

In speeches to their party conferences on Saturday, the Alliance and DUP leaders addressed this issue; Naomi Long speaking of “time-limited transitional arrangements” to operate in parallel with talks; fully inclusive multi-party negotiations that this time should be chaired by an independent facilitator.

After the political breakdown in February, what hope of such talks?

At the weekend, Arlene Foster repeated her assessment that the prospects for a return to devolution anytime soon were not promising.

In the fallout, decision-making is moving further away from the devolved space, and Mrs Foster said her party would continue to work closely with the Secretary of State Karen Bradley, including on ways for the Assembly elected last year to have an input.

On Monday, both Sinn Fein and the SDLP gave short shrift to this thinking on a shadow Assembly.

Sinn Fein vice president Michelle O’Neill said her party had no interest in a “Mickey Mouse” Assembly, while Colum Eastwood dismissed any notion of “talking shops or halfway houses”.

“If the two governments convene the intergovernmental conference and agree a package of legislation to take the hard issues off the table…then proper devolution can be restored the next day.”

This, he says, should include reform of the petition of concern.

“That’s what we want to see,” Mr Eastwood continued.

“We’re not interested in talking shops or halfway houses.

“All of this talk of a shadow Assembly is the British Govenment trying to abdicate its responsibility as a co-guarantor of the Good Friday Agreement,” he told eamonnmallie.com

The nationalist focus is clearly on the British Irish intergovernmental conference – including agreement on legislation to address issues such as the languages package in the February draft agreement and marriage equality.

Can Dublin achieve such a meeting – and if so, what will its role be in deciding next steps?

There is no certainty on this.

As reported earlier on this website, the Northern Ireland Office seems a prisoner of the Tory/DUP Westminster arrangement – and therefore not in a position to deliver a breakthrough initiative.

On a walk through Stormont on Monday, you feel the emptiness of this parliament – the hopelessness that comes with no big or bright ideas.

Twenty years on from the Good Friday Agreement, this place is no more than a shelter or a shell – the cracks of broken politics needing much more than some half-baked shadow arrangement if credibility is to be restored.