You are at:Home»News & Current Affairs»IS THERE ANY POINT TALKING TO ARLENE AGAIN? – By Brian Rowan
Social share: 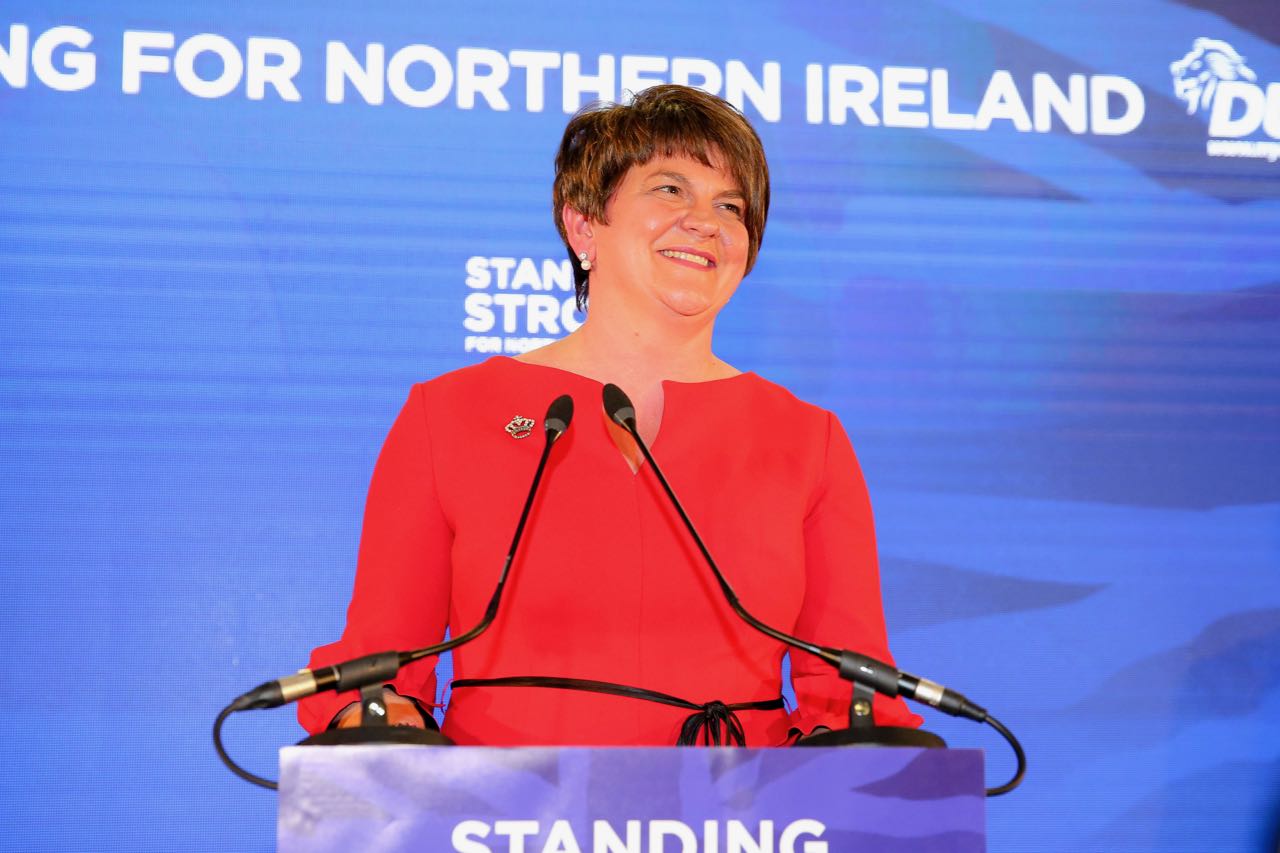 There is a pattern to the politics of this place; a pattern that tells us that the process is bigger than any one individual.

David Trimble did the heavy lifting of the Good Friday Agreement, but could not carry the Ulster Unionist Party – not all of it and not enough of it.

Ian Paisley took the once unthinkable step into government with Martin McGuinness only to be replaced by Peter Robinson as DUP leader a little over a year later.

Now, there is a focus on Arlene Foster; RHI, that ‘crocodile’ comment, the Assembly Election of 2017 when unionism lost its overall Stormont majority, the negotiation that could not be closed a few weeks ago and the issue of legacy inquest funding.

BAD HEADLINES – TOO MANY OF THEM

Think about a question posed by a senior republican in recent days: “How do you deal with these people in the future?”

It relates specifically to that latest negotiation – the “draft agreement text” of February 9th that Arlene Foster and the DUP negotiators could not deliver.

It is just nonsense to suggest this negotiation was still in a phase of exchanging papers and ideas.

It had moved to fine detail, decision time: “It was down to presentation at this stage,” a talks insider insists.

The visit of Theresa May on February 12th was viewed by Gerry Adams as a clumsy intervention and, by others, as a distraction. May’s visit also forced Taoiseach Leo Varadkar to be present at Stormont.

The deal was not yet ready, but it was very close. Perhaps the NIO was trying to rush and push things – keep the momentum in the process.

By February 9th there was not only a draft agreement text, but draft legislation also.

Ulster Unionist leader Robin Swann, writing elsewhere on this website, commented: “The accommodation that has been produced is significant and detailed. The fact that we have been informed that both parties had access to the Office of the Legislative Counsel during the process suggests that the yet unseen legislation contained within the annexes is not simply a wish list but has had legal testing.”

Think also of a legacy agreement on paper. Yes, in writing, and set in the context of “overall agreement”.

Funding for legacy inquests at £7 million a year for 5 years.

The consultation on the legacy structures agreed at Stormont House in 2014 – including the new Historical Investigations Unit (HIU) and Independent Commission on Information Retrieval (ICIR) – to begin within two weeks of the formation of a new Executive.

Within that consultation, a controversial question on a statute of limitations for armed forces was to be removed.

These are not ideas; not part of some wish list, but commitments “on-the-record” that, I am assured, can be proven.

The above detail on legacy was worked out in separate discussions involving the NIO and Sinn Fein.

Put the pieces together – this legacy agreement, the draft agreement text and the draft legislation and you see the advanced stage of this negotiation – and the deal the DUP could not sell.

Instead of facing up to the facts, that party has  engaged in an unconvincing wordplay; an attempt to downplay the standing of the elements outlined above; and, in this, there is the danger of the process moving beyond Arlene Foster and further away from the devolved space that is Stormont.

A DRAFT AGREEMENT THAT FAILED THE TEST OF IMPLEMENTATION CERTAINTY

Republicans spent the latest phase in a 13 months-long negotiation trying to make this deal – and lowered the bar to make it a much easier jump for the DUP; no certainty about a Bill of Rights, no certainty that the Petition of Concern would be changed; no certainty that marriage equality would be delivered, and accepting DUP proposals to ensure greater stability within any restored political institutions.

Sinn Fein had achieved progress on the Irish language and on legacy matters – but had not delivered the implementation certainty that was set as the test for this negotiation.

The budget of recent days is another step onto the ground of direct rule.

No one should be in any doubt about that.

Is it too late to talk to Arlene? The DUP leader is not going to get a better deal – a better chance than the one just botched.

Yes the ten DUP MPs at Westminster have considerable influence – but for how long?

At some point, they will need Stormont again and need it more than others.

Listen to what Sinn Fein and the SDLP are asking for. A meeting of the British-Irish intergovernmental conference to decide next steps, including agreeing  legislation on the issues of language, legacy and marriage equality.

Stormont has become lost in its political limbo. In the here-and-now, there will be no Executive. Arlene Foster will not be First Minister. The NIO has no strategy – hamstrung by the Tory-DUP relationship at Westminster. Brexit is the bigger issue and focus.

What will Dublin and London do next?

For how long can they allow the farce of a pretend parliament?

Soon, they will have to do something.

Social share:
Previous ArticleCan all animals be equal, while the more equal are blinkered? – By Roy Fisher
Next Article Martin Mc Guinness – Prescience in Brussels and Belfast – by Bernard Conlon