You are at:Home»News & Current Affairs»NIO: A PRISONER OF THE TORY-DUP DEAL – By Brian Rowan
Social share: 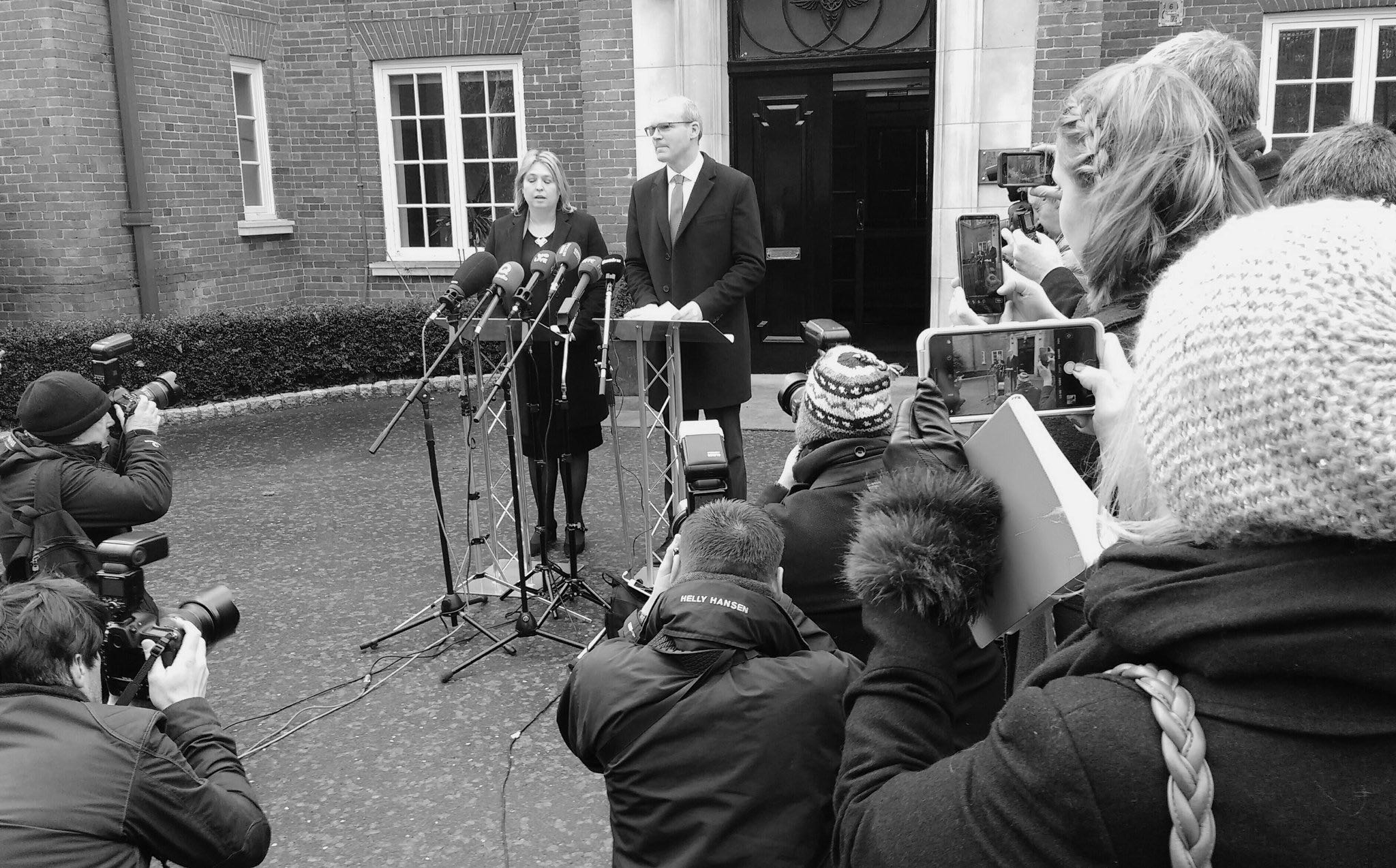 By now  you would have thought that the politics of this place should have arrived at the next big question and decision about the future of Stormont?

After 14 months lost in limbo, the question that has to be addressed is – has it lost all relevance and purpose?

That obvious question is being avoided.

Instead, the drift continues – further away from devolution and even deeper into the pit of dysfunctional politics.

Has February’s non-deal – the draft agreement the DUP could not sell – brought the parliament on the hill  any closer to some end?

As we watch, there is no suggestion of that but, rather, this shambolic, mismanaged phase of politics, continues.

Would there be any point to another negotiation?

“A complete waste of f*****g time,” is the blunt assessment of one Stormont source.

“It’s not credible at all,” was his five-word summation of the state of our politics – a  standoff now in its second year; and a long-running stalemate that means no government, and little prospect of that situation changing any time soon..

On Tuesday, speaking on UTV’s View From Stormont, MP Sir Jeffrey Donaldson ruled out the February text as a starting point for any new talks.

Yet that draft agreement was well short of what Sinn Fein set out to deliver – well below its bottom lines.

Donaldson repeated the DUP position of restoring the Executive now and dealing with outstanding issues in parallel.

Such a move was dismissed long before February and most certainly won’t happen now.

Just read the latest blog from Sinn Fein Chair Declan Kearney: “The DUP decision to pull away from the definitive accommodation and very advanced draft agreement arrived at with Sinn Fein…raises fundamental issues about leadership authority, decision making and commitment to genuine power sharing within that party.”

In the fallout, politics is in a worse place now than it was a year or so ago when the late Martin McGuinness resigned as deputy first minister.

There is no suggestion of any better offer to the DUP.

Arlene Foster sees little or no prospect of restoring devolution soon and, on Wednesday, MP Ian Paisley tweeted from Westminster that: “It really looks and feels like direct rule in all but name.”

London is where the DUP has looked most comfortable in recent times. 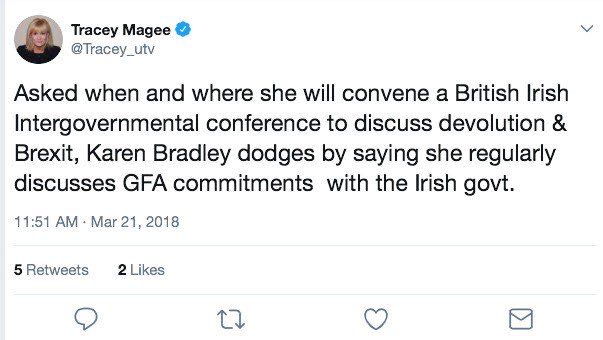 On Wednesday, the Secretary of State Karen Bradley dodged a question on the British Irish Intergovernmental Conference.

The NIO is a prisoner of the Tory/DUP Westminster arrangement. It is not in a position to produce an initiative that will change things.

In these circumstances, will Dublin be able to achieve a meeting of that intergovernmental conference and, if so, will it have any influence on decision making.

If not, then there is another question.

For how much longer can Sinn Fein and the SDLP tolerate and prop up and be part of this farce that Colum Eastwood called a “deep embarrassment”?

Neither is elected, but they know the pulse of their community.

Are they saying what others are thinking – and, if so, for how much longer can Stormont survive?

After 14 months, we know there will be no quick decision – just more of the drift, the dithering, the deadlock and indecision that is a deep embarrassment – but who cares?

In the Brexit battle, Stormont has become an irritant, a sideshow, a distraction – a place that will not be brought to any point of decision, not by a government in need of DUP help and votes.

Theresa May made a wrong call with the snap election last June and has been juggling the problems of Brexit, Belfast, the border and the backstop ever since.

At some point, something’s gotta give.