You are at:Home»News & Current Affairs»DUP account of Talks – not stacking up – By Eamonn Mallie and Brian Rowan
Social share: 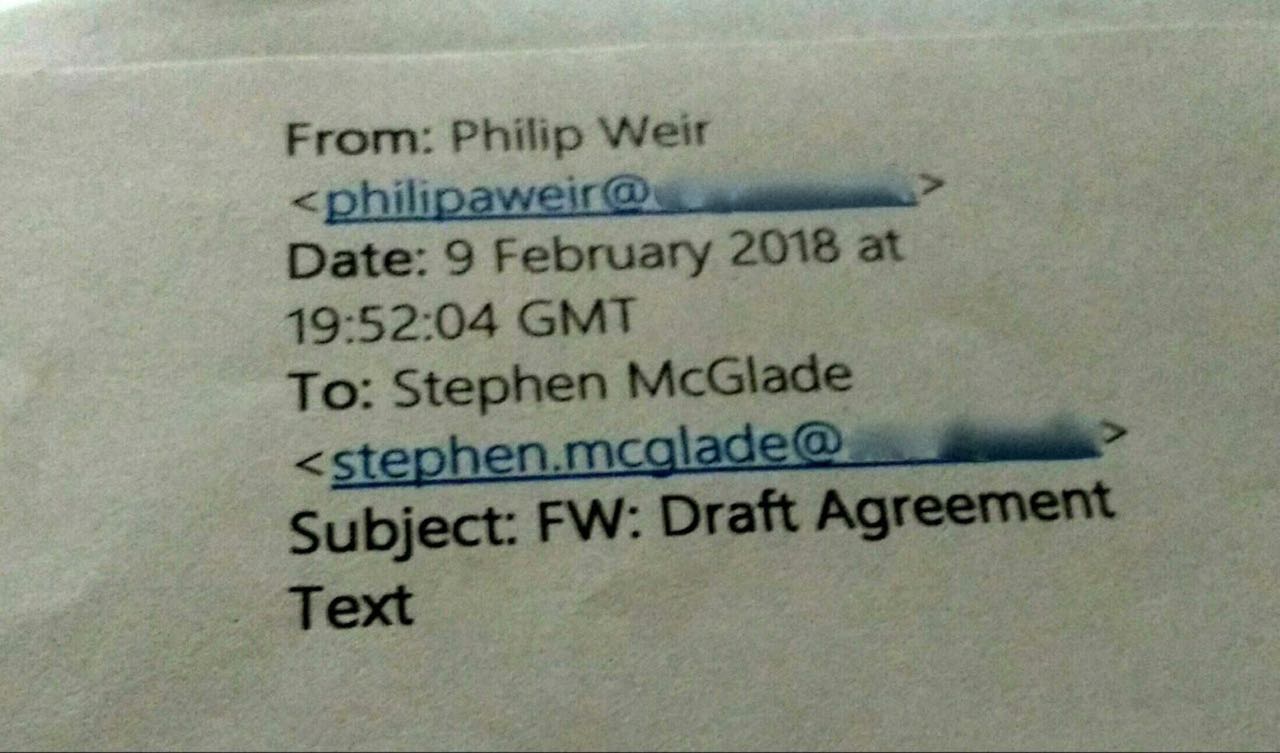 The proof is found in an email chain – specifically in a communication at 19:52 on same evening between Philip Weir of the DUP and Stephen McGlade Head of Ms O’Neill’s office.

This is the key paragraph from said email: 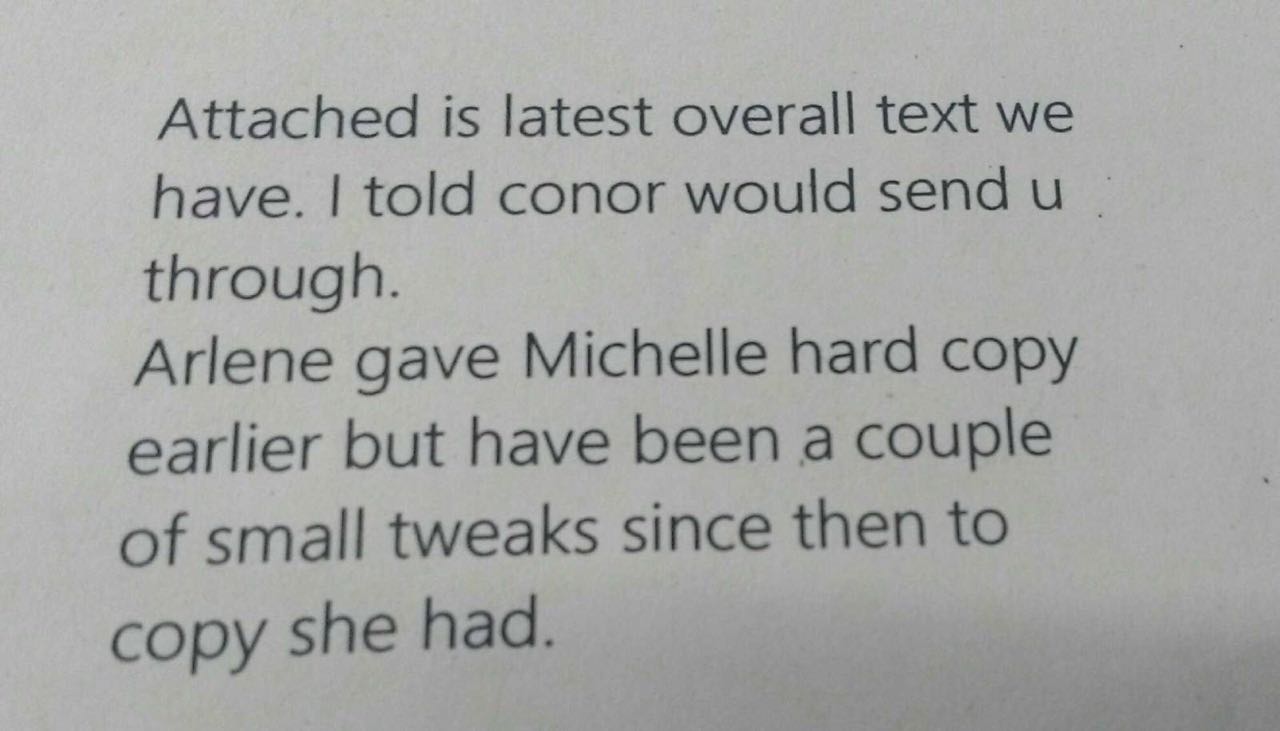 Those small tweaks are in the electronic copy of the document this website published on February 20.

In a BBC interview on Thursday night with Mark Carruthers, the deputy leader of the DUP Nigel Dodds was asked to answer a question posed by Eamonn Mallie – had Arlene Foster handed Michelle O’Neill a ‘hard’ copy of the Draft Agreement Text on Friday February 9?

“Certainly that is news to me. I have no knowledge of that whatsoever,”

“I don’t think that’s the case,” he continued.

“I would be highly surprised if that happened.”

The Weir email to McGlade is confirmation that the above did happen.

The two copies – hard and electronic – represent the text of an Accommodation Sinn Féin believed it had reached with the DUP, an understanding shared by the British and Irish governments that weekend.

This was precisely why Prime Minister Theresa May and Taoiseach Leo Varadkar were at Stormont on Monday February 12.

Here is how one senior DUP elected representative assessed the state of play on that weekend “there was to be agreement on ‘presentation’ not to hurt the document.”

He shared this exposition two days after the DUP leader collapsed the negotiation against a backdrop of outrage at reports of the content of the emerging deal, including an Irish Language Act.

The DUP public representative quoted above had earlier told this website that there had been “no preparation for a climb down [on Irish language]” – an issue he described as “toxic”.

Even though there were to be three acts – Irish, Ulster Scots and Respecting Language and Diversity – another senior DUP politician still viewed them as separate elements, and believed any attempt to argue otherwise “wouldn’t survive five seconds on Nolan.”

“Then the cover-up gets you – not the content,” he added.

The above comments suggest the negotiators were out of step with the wider party and community mood.

By now there was a tsunami of phone calls and emails reaching DUP MLAs and MPs expressing grave concern about what was being reported by the Media. The confirmation that Taoiseach Leo Varadkar would be joining Theresa May at Stormont on Monday February 12 only served to further aggravate a restive Unionist community.

By February 14 any hope of a deal was dead. The DUP had retreated from the Draft Agreement Text. Senior party figures have appeared anything but surefooted in their description of that text since.

On Friday March 2nd, one Talks insider told this website that the February 9 text was the DUP’s latest version of the negotiation document: “That’s their version of the document – their shape of the Draft Agreement.”

He described square brackets in the Draft Agreement Text as “presentational” – for Sinn Féin’s “amendment or Agreement.”

What else were Arlene Foster and Michelle O’Neill discussing believing they had put the Draft Agreement Text to bed on February 9 when they came together and the Sinn Féin vice President took possession of the DUP’s latest text?

Dublin, NIO and other Stormont sources say by now the talking had turned to money – what in negotiation parlance is called ‘the financial ask.’

This was in essence now the topic of discussion face to face between Arlene Foster and Michelle O’Neill. This conversation had by now moved beyond the political package at which the two parties had arrived.

A senior Irish government source told this website he was in no doubt as he left Stormont on February 9 that an Accommodation had been reached between the two big parties.

This website has also been assured by a number of sources that supporting documentation exists to confirm a commitment made to Sinn Féin by the NIO on legacy matters in the context of an overall agreement.

This would include a consultation on the legacy structures agreed at Stormont House in 2014, removing the controversial issue of a statute of limitations from that consultation and releasing funds for legacy inquests.

Social share:
Previous ArticleSTORMONT CHRONOLOGY: TO THE CUSP OF COMPROMISE & THEN COLLAPSE – By Brian Rowan
Next Article ‘Traitors’ – Talking Outside The Circle – By Brian Rowan