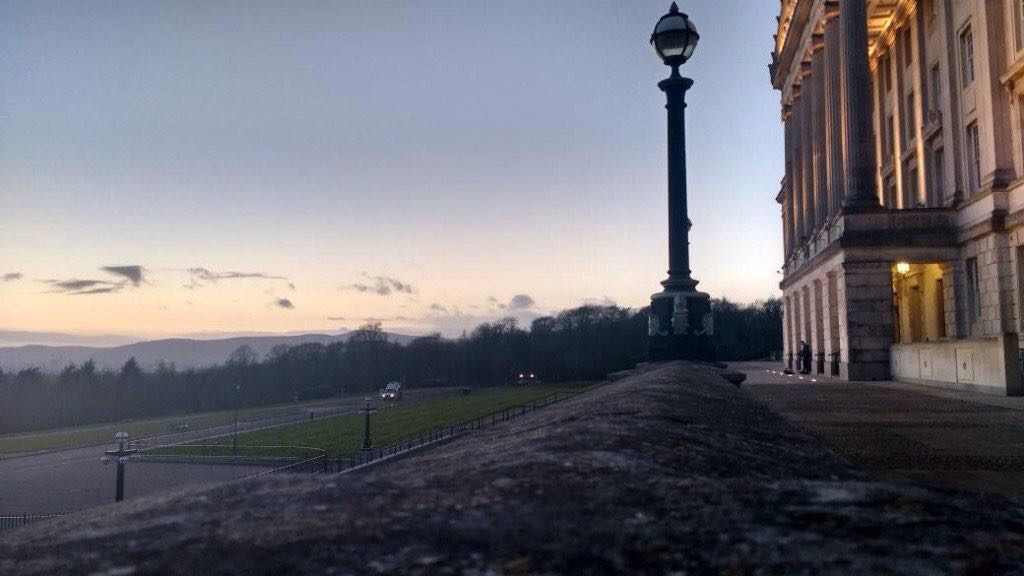 There is an awful lot of detail for such a misunderstanding to have occurred.

Yet, in an interview with Sky News on Thursday, the DUP leader offers a completely different version of events. 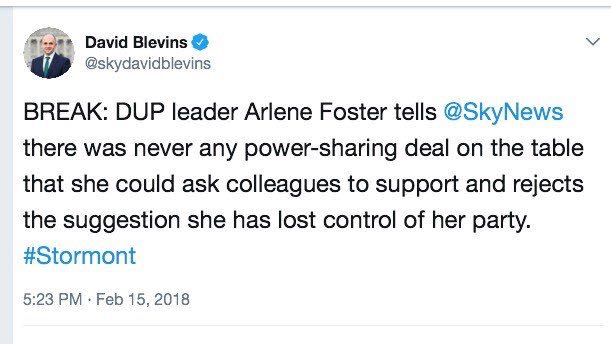 Of course, draft agreements are not always converted into deals, and most definitely not on this occasion.

We have yet another Stormont Disagreement – a bigger mess and, one wonders, what worth there would be in yet another DUP-Sinn Fein negotiation.

Who would believe it?

Who would you want and need in the room next time?

What would be different?

The type of convoluted wordplay that featured in this and previous negotiations needs to be erased from the script.

We have had two decades of ambiguity; what I described on Wednesday as the political and legislative and presentational gymnastics that only serve as a trip wire.

Talking needs clarity, certainty – something that is convincing. Perhaps the missing ingredients are courage and leadership.

If the DUP cannot sell what was being worked on this time, what chance of a different result the next time?

Even in the better atmosphere of last week, no one was telling me that a deal was over the line.

Remember the quote from a talks insider that: “The mice could still get at it.”

What is Sinn Fein saying was in the “draft agreement”?

On much of the above, there is no certainty in relation to outcome.

“No return to the status quo?” one Stormont source asked – meaning little had been achieved in a marathon negotiation.

“Threadbare” was his assessment of the emerging detail.

In the here and now, the governments – British and Irish – must decide next steps.

Direct Rule, a meeting of the Intergovernmental Conference or an election among the options.

Michelle O’Neill described the collapse of this phase of the talks as a crash landing.

It will take some time to assess the political damage; time that Stormont doesn’t have.

On top of 13 months of crisis, this is another mess.

Social share:
Previous Article“The DUP are hoist with their own petard” – By Jake Mac Siacais
Next Article NEW LIGHT SHONE ON DRAFT AGREEMENT – By Eamonn Mallie