You are at:Home»News & Current Affairs»STORMONT TALKS: A document of a dozen pages or more – plus annexes & separate commitments – By Brian Rowan
Social share: 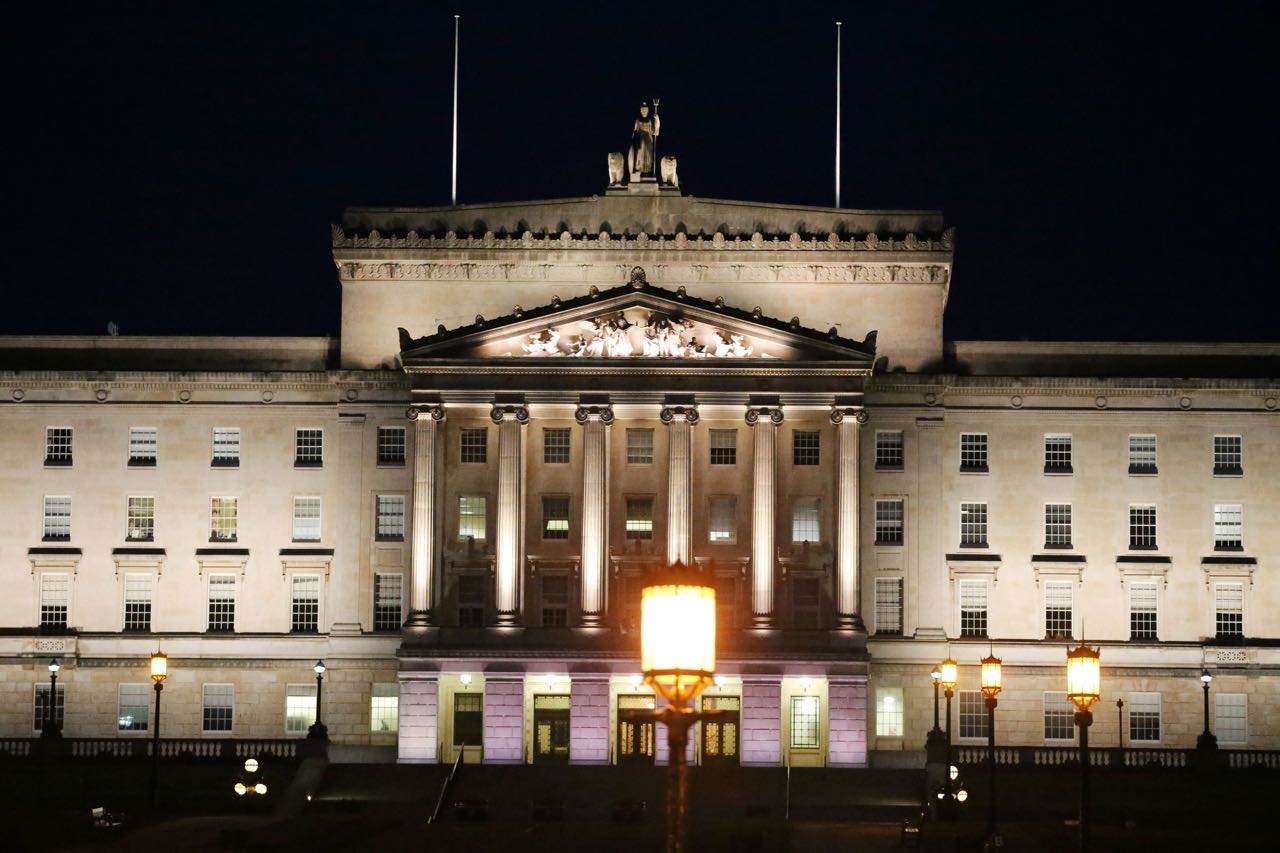 Let’s start by setting aside, for now, some of the commentary of the past couple of days.

The description by the Sinn Fein President Mary Lou McDonald of a “draft agreement” within the negotiations.

DUP leader Arlene Foster’s assertion in a Sky News interview with David Blevins that there was never any-power-sharing deal on the table that she could ask colleagues to support.

A Nigel Dodds statement, including the following:

Then, a tweet by Gerry Adams posted close to midnight on Friday.

Writing in his Léargas blog Adams was hoping for a deal but still feared DUP cold feet.

Now, after a 13-months-long standoff on the political hill, we are watching and reading a word battle – two very different descriptions of the most-intense phase of this negotiation and the point at which it had arrived by Friday February 9th.

Twenty-four hours earlier, there had been an upbeat – more positive briefing on the state of play within the talks.

There has been much speculation since about the source of that briefing – was it the NIO or the DUP?

What I do know is that on that same date – late on Thursday February 8th – I was advised: “Keep your ears open – there is something going on.”

There was a mood change within the talks – more serious, more detailed – by no means a done deal and still a description of “significant gaps”

Inside Parliament Buildings on Friday the 9th, there was a different pulse – a sense that this dead place was being nursed back to life; a better political heartbeat.

Secretary of State Karen Bradley was in the building, senior NIO officials Sir Jonathan Stephens and Mark Larmour, Arlene Foster and party colleagues, many of  the Sinn Fein MLAs and MPs – one of whom told me he had been “summoned”, the Irish delegation and a watching media.

There was indeed the very clear impression that something was going on.

A week or so later, there is a more detailed but disputed assessment of to where they got in the negotiation that Friday – what Sinn Fein now calls a draft agreement with the DUP.

A source has revealed that in the context of agreement the British government has committed to removing the controversial question on a statute of limitations from the legacy consultation.

Last weekend, it became clear that it was this that was causing most concern inside the DUP.

“We haven’t done anything to prepare people,” one of the party’s senior elected representatives told me.

Within the above formula, people were still seeing a stand alone Irish Language Act:

“Don’t pretend it’s something it’s not,” that senior DUP source commented last Sunday – “then the cover up gets you, not the content.”

That same day, another of his party colleagues told me: “It just can’t be bounced on people.”

This source would later comment that there had been: “No preparation on a climb down [on Irish language].”

If the detail outlined above on the three Acts was intended as an acceptable compromise, it is not how others were seeing it.

Over the weekend, I am told there was a demand to see the detail of the negotiation and, by Monday February 12th there was obvious concern at Stormont.

Why were Prime Minister Theresa May and Taoiseach Leo Varadkar here?

In his blog, Gerry Adams writes the following: “The British PM”s visit was a clumsy intervention. A visit to Bombardier because there was a convenient recess at Westminster. A visit to the talks was an add-on. A distraction. Michelle [O’Neill] insisted the Taoiseach needed to be there also. So he was.”

May and Varadkar on the Stormont stage created an impression and an expectation of a deal – even if the dotted line had not been signed.

KEPT IN THE DARK

Among the DUP MLA group there was concern – nervousness. The detail of the negotiation had not been shared. Was there anything in it that “hurts” Sinn Fein?

That question was posed by someone into whom I bumped in the Great Hall at Parliament Buildings?

On Monday – at such a critical stage in the negotiation – there was no meeting between the DUP and Sinn Fein.

There was still work to do, including agreement on presentation.

On Tuesday Arlene Foster did a series of interviews, including telling UTV’s deputy political editor Tracey Magee that a stand alone Irish Language Act would be a “deal breaker”.

By four that afternoon this phase of the negotiation had landed on its backside – the convoluted three acts scenario the straw that broke its back.

Was there a draft agreement? Could it not be sold?

What we need to see is the back and forward documentation of these talks – what passed between the DUP and Sinn Fein.

Are there DUP words on paper that dispute the three Acts scenario – some different understanding or interpretation?

Read my colleague Eamonn Mallie’s contribution elsewhere on this website.

After this mess, how do you return to another negotiation?

What do the governments do in the meantime?

Might we still be looking at an Assembly Election if only to buy time and to push away a decision on Direct Rule or some Dublin-London understanding/ arrangement shaped in an intergovernmental conference?

The DUP and Sinn Fein know things cannot stand still – but both will expect different things as the two governments consider next steps.

That new pulse at Stormont weakened again as the week progressed – the politics of this place back in intensive care.