You are at:Home»News & Current Affairs»STORMONT: THERE IS NO BETTER DEAL – By Brian Rowan
Social share: 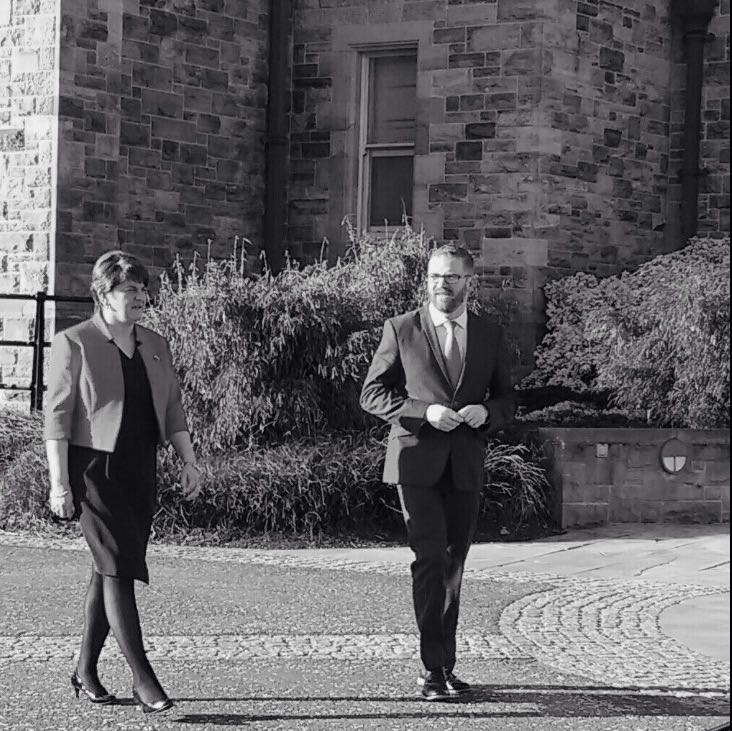 “They never prepare their people for political compromise.”

I am listening to a talks insider – thinking out and speaking out on why the February 9th Draft Agreement Text unravelled.

The DUP unable to deliver.

“There was definitely a feeling that we were on the cusp [of a deal],” that talks source told this website, but there was also concern.

The latter was well founded.

Just five days later on February 14th, this phase of the negotiation was collapsed – the news delivered in a tweet posted on the account of the DUP leader Arlene Foster.

“In our view, there is no current prospect of these discussions leading to an Executive being formed.”

On the previous weekend, the mood was much different – a sense that the negotiation was at an advanced stage and close to a deal.

Why then could it not be delivered?

“Because they [the negotiators]weren’t listening,” the source continued.

“They got trapped in the process and lost the wider view.”

The party Executive meeting on Thursday of this week was given a PowerPoint presentation on the negotiation by Simon Hamilton – as to where it got.

He and another of the negotiators Edwin Poots along with Arlene Foster answered questions.

This website has been told that there was a question from the floor along the lines of: Are you trying to sell this to us?

Any suggestion of such was dismissed.

In recent days the DUP has not been sure footed.

In a series of interviews in the period from February 15th through to Thursday the 22nd we have heard the Draft Agreement Text described differently by senior DUP politicians; stretching from just one in a series of documents to the “latest iteration”, but not the final product.

The description in correspondence dated February 9th and seen by this website is Draft Agreement Text.

Now, another argument has opened out over what was and was not known about a separate negotiation on legacy matters involving Sinn Fein and the NIO.

A number of key elements have been outlined.

This includes the proposed Historical Investigations Unit and Independent Commission on Information Retrieval.

That consultation could stretch between 14 & 20 weeks.

In an interview with Mark Carruthers on The View, Sinn Fein negotiator Gerry Kelly said he could prove the agreement was made, and insisted this separate legacy agreement should go ahead.

Another source fears the context of “overall agreement’ could allow the government to “wriggle their way out”.

The DUP has asked the NIO for details.

In this fallout over who knew what and who agreed what, might we see another talks paper emerge?

The DUP is pushing again for the Executive to be restored and outstanding issues addressed in parallel.

So, the next choices are an election or a battle over direct rule versus decision making in a British-Irish intergovernmental conference.

There seems little prospect of a renewed DUP/Sinn Fein negotiation and, into the second year of this standoff, there are growing questions about Stormont – about its credibility and worth in this political limbo.

The February 9th document – that Draft Agreement Text – was a political compromise.

There is no better deal.

Social share:
Previous ArticleSTORMONT: POLITICS IN THE HEADLINES AND HEADLIGHTS – By Brian Rowan
Next Article QUESTIONS BUT NO ANSWERS​ ON THE LEGACY DEAL – By Brian Rowan