You are at:Home»News & Current Affairs»STORMONT: IS THE GLASS HALF FULL? – By Brian Rowan
Social share: 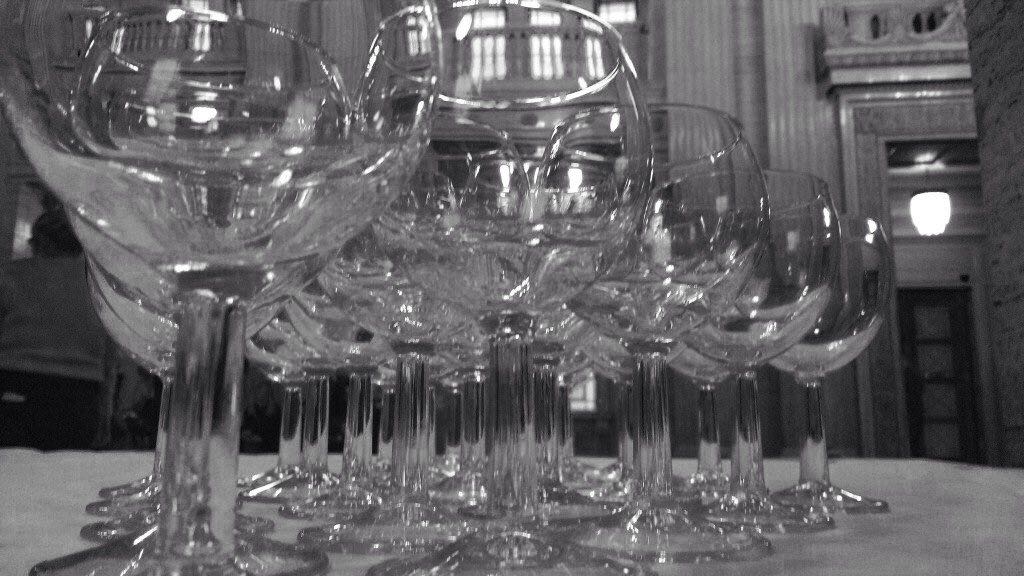 The question above is the judgement call for both the DUP and Sinn Fein.

Have they enough to take this long negotiation over the line, to end the standoff and to restore the political institutions?

Read the speech by the new Sinn Fein Vice President Michelle O’Neill from Saturday and this line in particular: “As in any negotiation there has been give and take and at this point we have not yet resolved or overcome all our differences to satisfaction.” 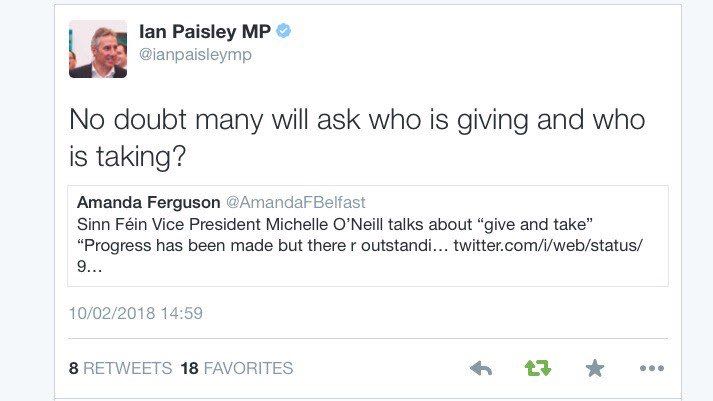 On his twitter account, the MP Ian Paisley asked a question, which takes us back to the opening thought in this piece.

Is the glass half full?

THERE IS NOT YET A DONE DEAL.

“THE MICE COULD STILL GET AT IT,” one talks insider told this website.

It is important to stress and emphasise this point and reality.

There is not yet an agreement.

No signing on the dotted line; but on Friday there was a different mood and pulse in that building on the political hill – a very clear sense that this negotiation was in a different and a better place.

After 13 months of standoff, were we beginning to witness the first real signs of life?

Remember also that there was still talk of “significant gaps” and a job of work yet to be done to persuade people of the worth of what could emerge from these talks.

“We haven’t done anything to prepare people,” a senior DUP source told this website.

“Whatever happens, it just can’t be bounced on people,” another commented.

This negotiation has been as tight as a drum – not the same worry about leaks that have interrupted and disrupted other phases of these talks.

So, for those of us chasing the information piecing the jigsaw together has been a much more difficult task. The analysis is not complete. There are missing pieces.

What follows is what some are suggesting is the “ballpark” of the discussion:

This is the talking around these talks. Is it written in Stormont stone? No one is saying that, nor is anyone so certain of success to be trumpeting agreement.

Instead, there is the anxious wait now to see if that better sense of the negotiation – in terms of mood and substance and seriousness – can be developed to its next stage.

On the languages scenario set out above, one DUP source described it as an “NIO fudge”  – “there as an item for consideration” – whether acceptable to his party is another question.

He had this advice for his colleagues: “Don’t pretend it’s something it’s not. Then the cover-up gets you, not the content.”

In other words don’t pretend that this is not a stand alone Irish Language Act: “That wouldn’t survive five seconds on Nolan [the Nolan Show on Radio Ulster].”

This website has been told that in a briefing within the past fortnight, Sinn Fein told representatives of the Irish language community that it would insist “on an Irish Language Act of substance”.

So, any emerging agreement will be read for that detail and for what has been achieved or not achieved on this and on a range of other issues.

What is the balance of the give and take?

Sinn Fein knows it will have some convincing and persuading to do – that a number of issues have not been progressed to the point of expectations.

It was never going to get everything – this the reality of any negotiation.

To try to close the outstanding gaps.

Then, if a two-party agreement is reached, how to persuade and bring the other parties into an all-inclusive Executive.

The SDLP, Ulster Unionists and Alliance have been on the fringes of this negotiation – can they now be brought inside?

After months of stalemate, there is a last chance for Stormont.

Can new light get through those old windows?