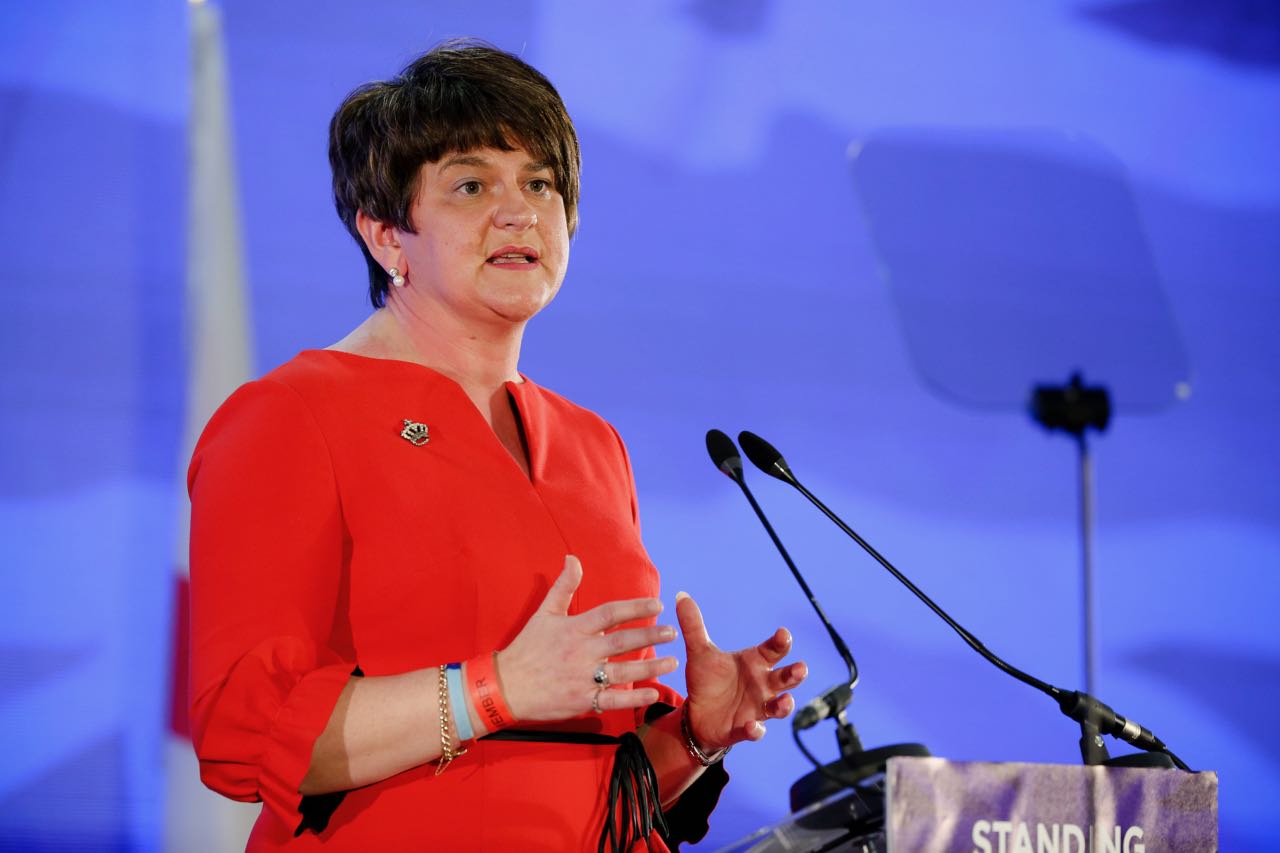 Fact:  an ‘accommodation,’ ‘deal’ had been reached on Friday night between the DUP and Sinn Fein.

The British and Irish governments genuinely believed a structure had been worked out by Sinn Fein and the DUP as a basis for the restoration of an Executive and Assembly.

The key DUP/Sinn Fein negotiators I am advised, had moved beyond discussion on the ‘accommodation’ and were at that stage addressing details about the restoration of an Executive and Assembly.

Draft legislation had already been in place to facilitate three bills aimed at realising three Acts which would embrace a free standing Irish Language Act, a free standing Ulster Scots Act and a Cultural Act which would reflect DUP concerns about what they see as their ‘Britishness.’ All these acts would be ‘freestanding’ or independent of each other.

A key non party insider familiar with the workings of government bills and acts told this website “an Act can reference another Act without impacting on that act.” Each Act, in other words, would protect its own integrity.

Both talks participants made it clear they would have to brief and seek the approval of their bases.

In terms of the DUP negotiating team – that involved six members including Simon Hamilton who along with Gregory Campbell have been dancing upon a pin head about Sinn Féin’s declaration of an ‘accommodation’ having been reached.

My insider is categoric that an ‘accord’ ‘accommodation’ had been achieved by Friday night. Furthermore the governments marvelled at the intensity and genuineness of the commitment of the respective party negotiating representatives.

I’ve been probing the DUP to try to establish what prompted Arlene Foster to make the dramatic announcement on Wednesday that the Talks had collapsed.

I am told DUP MLAs were jumped by the announcement that PMs Theresa May and Leo Varadkar were arriving in Northern Ireland on Monday. 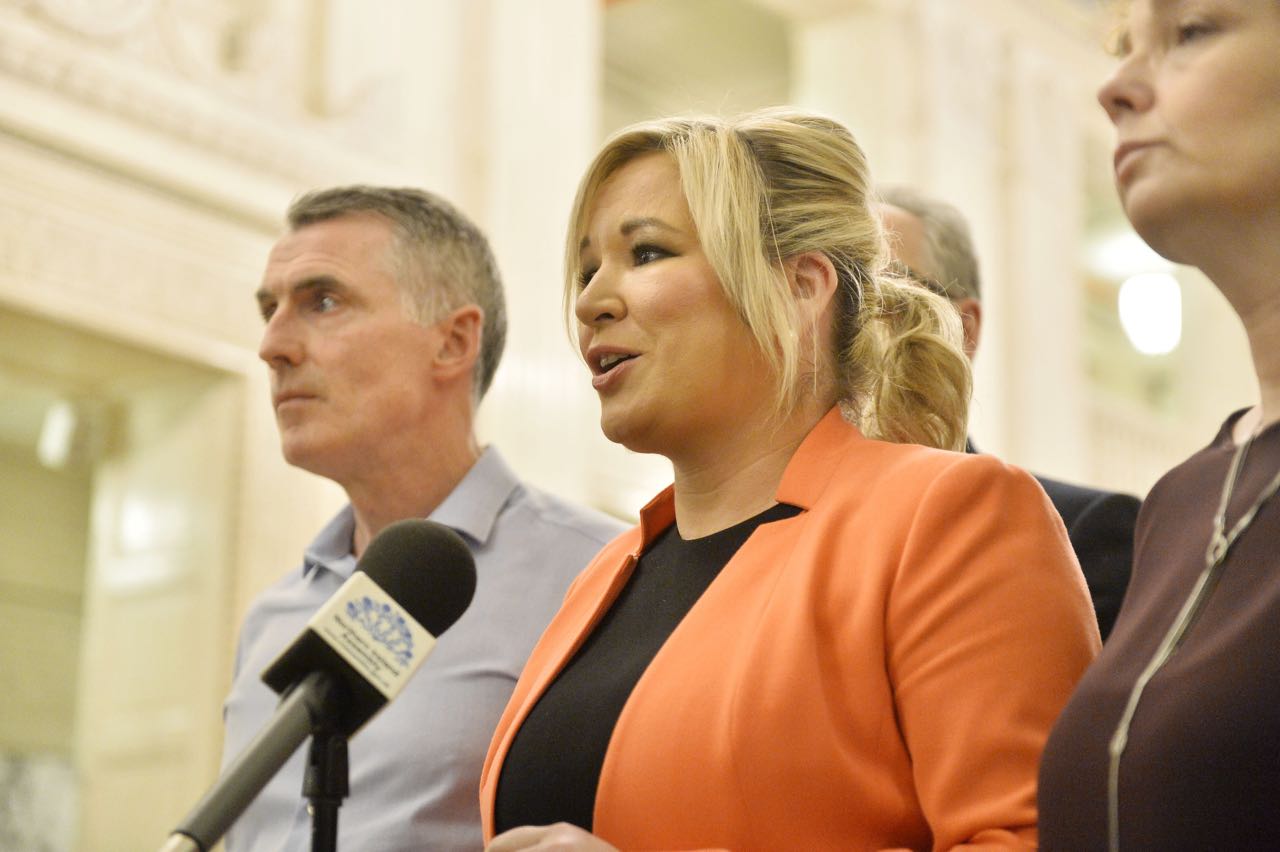 Secondly, Unionists were said to be startled by news headlines awash with speculation about a deal including a free standing Irish Language Act.

DUP and unionist constituents now believed a deal had been done over their heads and an avalanche of concern enveloped DUP MLAs and MPS with reports of Unionists who ‘loaned’ their votes to DUP members in the last election being told, not to appear at their doors should they agree to a free standing Irish Language Act.

Arlene Foster referred to the presence of the PMs as a “distraction.” She had in mind the reaction and fears among her constituents that a deal was being sealed above their heads.

A government insider told me it is inconceivable that the PM was coming to Stormont without knowing that there was a basis for an agreement.

The tsunami of Unionist grassroots’ reaction to the arrival of the PMs and reports of a free standing Irish Language Act stirred the horses.

Such was the shock reaction inside the DUP’s six strong team to grassroots concerns that the negotiators and the party’s ten strong Officers’ group did not reveal the contents of the ‘accommodation’ to their Assembly members on Monday morning. That information was withheld – not shared.

Journalists ought to listen carefully and read between the lines of what Simon Hamilton and Gregory Campbell have been saying. They have direct access to what was going on at the talks table.

Sinn Fein spokespersons like Conor Murphy and Michelle O Neill are unambiguous about the package that was on the table.

My Stormont insider who has had a bird’s eye view of processes at work down the years is unambiguous about the shape of the final package that was on the table.

The Unionist people have shown their politicians their teeth.

Social share:
Previous ArticleSTORMONT TALKS FALL ON THEIR BACKSIDE – By Brian Rowan
Next Article “The DUP are hoist with their own petard” – By Jake Mac Siacais