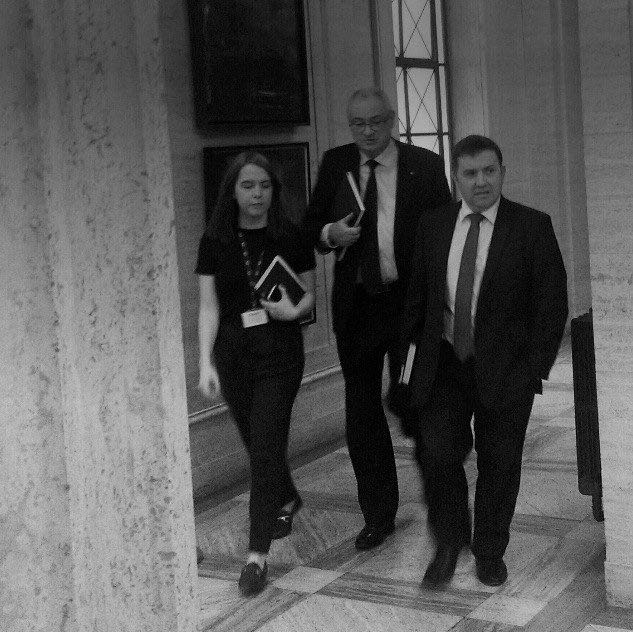 Play the political record from last year and no one would notice any difference.

The two-party talks continue at Stormont. Any description of all-party negotiations is to put it bluntly – ‘bolloxology’.

Today was meant to be a different day.

Nichola Mallon of the SDLP summed it up in a few words – what we got today was more of the same.

It means more time for the big two parties and the governments, and more waiting for the others.

Steve Aiken of the Ulster Unionists called it a day of frustration and disappointment. The Alliance leader Naomi Long said if there is to be an all-inclusive Executive then what you need is all-inclusive talks.

There is no surprise that the three parties above were not let into the nitty-gritty of this two-party negotiation.

The DUP and Sinn Fein are not good at sharing detail.

Simon Hamilton spoke of “significant gaps” and, asked how long this negotiation could continue. Conor Murphy reckoned “we are talking days”.

More days on top of all the other days.

The Governments haven’t yet thrown in the towel. For the UK Government, a spokesperson said: “Our assessment is that an agreement in the coming days, while not certain, is achievable.”

A spokesperson for Tanaiste Simon Coveney said: “Time is short, but the prize is one worth stretching for.”

There were late night talks last Friday and more talks on Saturday. This the build-up to Monday and still this line about significant gaps.

Secretary of State Karen Bradley will update Parliament on Wednesday. The smaller parties will be back in the room on Thursday. This political farce on the Stormont Hill is being stretched.

Will there be an agreement?

It is no longer the question.

Rather, given the pantomime of the past year, the issue is about a deal that would be both believable and credible.

The job is to get beyond the broken record of the past year – GROUNDHOG YEAR.

Social share:
Previous ArticleChief Constable George Hamilton says perpetrators of criminality in Loyalism should be ‘called out’ – By Brian Rowan
Next Article STORMONT: THE TALKS CONTINUE – By Brian Rowan