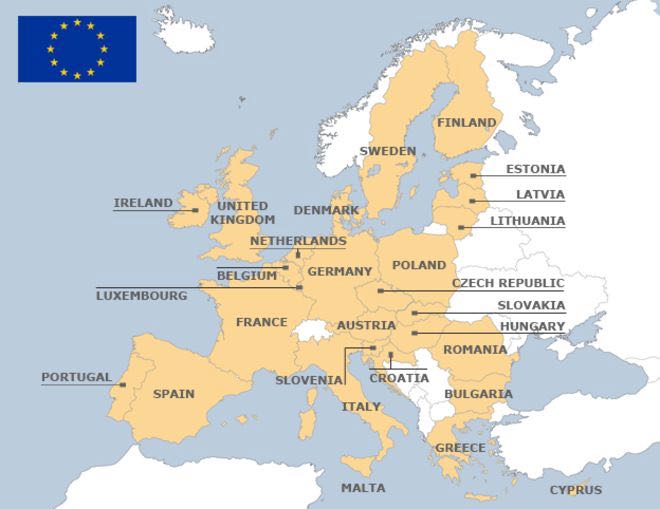 In the opening decades of the 20th century the fate of Britain and Ireland was greatly affected by Europe. The same is true of the early 21st century.

In 1914, the outbreak of the First World War suddenly superseded the Irish question in British politics. In 2018, the centenary of the end of the conflagration, an “Irish question” is being cited in the UK’s messy divorce from the European Union (EU) – Brexit.

In the early 20th century the British were about to grant Ireland Home Rule. This provoked reaction on the part of the Conservative (Tory) party and unionists. Civil war threatened. An even greater cataclysmic crisis intervened. This saw nationalists and unionists fight for Britain. Up to 50,000 of them died in this imperial slugging-match.

The war years and shortly thereafter provided the timeframe for a sequence of tumultuous events in Ireland, including the 1916 Easter Rising.

1916 was ostensibly endorsed in the 1918 general election. However, after a short “War of Independence,” Lloyd George, the Machiavellian British Prime Minister, engineered partition. An internecine feud within Irish nationalism, the “Civil War,” ensued.

The rest is history. A few months after the 1916 centenary celebrations in Dublin in 2016 another European crisis erupted when the British voted to leave the EU.

As a result of the Belfast/Good Friday Agreement (GFA) and cooperation within the EU, Anglo-Irish relations blossomed. Northern Ireland even started to relax a bit. Then the Brexit curveball upset the delicate applecart of British-Irish affairs.

A lot of people see the EU as entirely virtuous. It has another dimension. For instance, after the 2008 financial crisis the EU advocated austerity. EU measures, such as the single market’s freedom of movement, are far from flawless – hearing the Prime Minister of Malta recently tell the BBC’s John Sweeney about selling Maltese passports for €600,000 each – clearly not!

My own European odyssey began with a press/research role for the Social Democratic and Labour Party (SDLP) on the 1984 European Parliament election campaign.

This led to a scholarship in the European Parliament in Luxembourg. After this I did a 15-year stint as a journalist/consultant in Brussels. I worked for the likes of the UK’s First Division Association and the European Public Service Unions on publications and campaigns. I also wrote for Belfast’s Fortnight magazine.

Writing about John Major’s government in the late 1990s, I highlighted Tory divisions. Eurosceptic Tories, including Margaret Thatcher, saw the EU as a “big free trade” area.  She was an arch neoliberal: believing in unrestrained free-market economics. Today’s Tories are so deeply divided that what I wrote then still holds:

“Europe could be the epitaph for the British Conservative party….”

1997 saw the Blair years begin. Tony Blair, a more measured and affable neoliberal than Thatcher, was enamoured by the EU. Two years after the 2008 financial crisis, a Conservative-Liberal Democrat coalition entered Downing Street, headed by David Cameron.  In 2013 Cameron promised a EU referendum. In 2015, a majority Conservative government was elected.

Cameron negotiated with individual EU countries seeking something to sell in the campaign. The Visegrad group of countries led by Poland, in particular, played hardball. Their demands damaged Cameron.

Like another British prime minister, Neville Chamberlain, after meeting Hitler in Munich in 1938, Cameron returned with basically nothing. Tory Eurosceptics and the UK Independence Party, led by Nigel Farange, clinched a Brexit victory. Theresa May took over from Cameron.

In an ill-advised election, May clung to power through a deal with the Democratic Unionist Party (DUP). Sinn Fein aided this Tory-DUP pact by not taking their seats.

May’s government is like a rabbit caught in headlights.  A “hard Brexit” seems the only logical outcome to emerge from the Russian roulette they are playing.  Increasingly beholden to her fraught colleagues, the hapless May is retreating from her pre-Christmas position on Ireland.

The Irish see the EU differently. EU membership boosted the confidence of the Irish state. The Republic adopted an ultra neoliberal economic model, seeking to attract US and other companies with the lure of access to the EU.

That is why, in the wake of the 2008 financial crisis, when hair shirt terms for a “Troika” (International Monetary Fund – EU) bailout were imposed, the Irish state was so meek. The National Asset Management Agency (NAMA), emerged from all this. Amid 1916 celebrations, the likes of Ashford Castle in Co. Mayo was sold for a song.

NAMA, is part of a process that has seen the loan books of bailed-out Irish banks sold to overseas “vulture” funds. A housing crisis has been allowed to arise again invoking feelings of déjà vu from Ireland’s painful past.

John Hume influenced northern nationalism’s perception of the EU. He saw the European project as a prototype peace process. Hume understood the value of a strong political mantra. His “single transferable speech” eulogised European peace making. The EU has evolved into something more complex than that invoked by Hume’s focused narrative.

The spectre of a deeply divided UK and Europe engaged in another, albeit, jaw-jaw “slugging match” has appeared. I do not buy the UK bad, EU 27 good narrative.

The EU is partly spearheaded by a Commission of former member state politicians, such as its’ President, Jean Claude Junker, who was a Luxembourg prime minister. It has an army of astute technocrats, mainly economists, lawyers and linguists. These very handsomely rewarded public servants, after a while in the “Brussels bubble,” can become a little detached.

The urbane Michel Barnier, the Commission’s chief Brexit negotiator is a special forces Eurocrat. His British counterpart, David Davis, quite literally was a special forces soldier. But he lacks a clear game plan being part of a weak, ideologically split government. The ultra Brexiteers are on edge and ever watchful of backsliding by Theresa May.

The Commission cannot let the British have a a la carte divorce settlement, fearing a contagion effect. Brexit is a sign that all is not well with the European project.

For example the Visegrad countries are growing increasingly authoritarian: restricting press and judicial freedom and breaching EU principles and rules. Brussels has not invoked Article 7, a censure procedure against these “illiberal democracies”. That would be war on two fronts. Italy, where an election takes place in early March, is in a parlous state being on the front-line of the EU’s escalating migrant crisis, with scant EU support.

Therefore, it is obvious that Brexit is not all that besets the EU. The UK “bombing out” without a deal would be dangerous for the EU and the UK.

The Labour party supports remaining in the Customs Union (CU). This would help Ireland. Almost certainly the likes of Anna Subry, Ken Clark and others will cross the floor of the Commons in any Brexit related votes, possibly never to return to the Conservative benches?

Remaining in the CU respects the referendum result – but any move like this will be fiercely resisted. If the UK remains in the CU, a conversation on a renewed European process is possible. When the Soviet Union collapsed Michail Gorbachev coined the phrase, “Our common European home”, a vision that still provides food for thought.

I am mindful that the centenary of the end of the First World War will be marked soon. It is thus necessary to be mindful of how Europe blindly and stupidly stumbled towards catastrophe over a century ago. I am chilled by the historical repetition that I perceive and hope that lessons have been, and are being, learnt.