You are at:Home»News & Current Affairs»Acht na Gaeilge: What are the rights of people who don’t speak Irish? – By Daniel Holder
Social share: 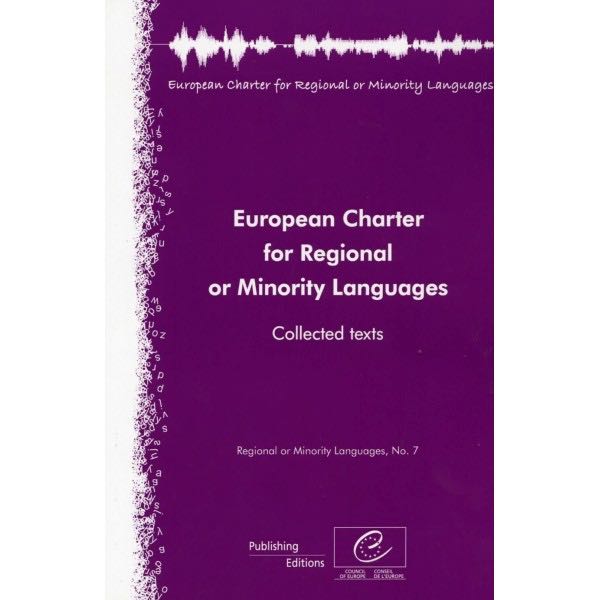 In calling time on the negotiations former First Minister Arlene Foster reasoned that “We value the fact that there are Irish language speakers living in Northern Ireland who want to speak in Irish and that’s fine but they cannot impinge on the rights of those of us who do not speak the Irish language.”

In this context she cited ruling out Irish being compulsory in schools, bilingual signs or job quotas in the civil service.

But to what extent do these or other provisions actually interfere with the ‘rights’ of non-Irish speakers? What are the ‘rights’ in question and could they not be accommodated by safeguards in an Act?

As someone who has spent many years working in human rights an early lesson I learned is that you cannot just make rights up.

Human rights standards are set out in treaties and other instruments produced by the United Nations and the Council of Europe (which for the avoidance of doubt is not the EU).

Imagine the reaction if it was suggested that having French or maths on the school curriculum was a human rights violation.

Equally non-discrimination provisions would ensure that requirements to speak a minority language for a particular job should be proportionate and objectively justified.

That said it would be possible for language legislation to interfere in the rights of non-speakers, but rights standards are already carefully crafted to ensure this does not happen.

The most detailed locally binding framework accommodating minority language speakers rights alongside the rights of speakers of more dominant languages is the European Charter for Regional or Minority Languages. The UK ratified this on the back of the GFA.

This Council of Europe Charter ensures that the rights of speakers of English as the dominant language are not impinged on by the provisions signed up for minority languages by the UK. (The British Government registered Irish – and Welsh and Scots Gaelic- under Part II and Part III of the Charter, and Scots – including the Ulster variant of Scots – under the general provisions in Part II of the Charter). For example, the provisions of Article 10 of the Charter (which apply to Irish in NI) oblige the Assembly and Councils to ‘allow and/or encourage’ the use of Irish in debates in their chambers but state that this must be taken forward ‘without excluding’ the use of English. The duty to allow and/or encourage the use of the traditional and correct forms of place-names in Irish (usually on road and other signage) similarly must be undertaken ‘if necessary’ in conjunction with the name in English.

Put simply the rights of non-speakers of Irish are not interfered with by also continuing to provide for English. It would interfere with the rights of non-speakers if only Irish was permitted in Assembly debates. However, having to listen to other people speak Irish, with translation, or look at a bilingual logo or Irish alongside English on a road sign does not impinge on the rights of people who only speak English. The proposals in the draft Agreement obtained by this website already contain the express provision that “nothing in the [Irish language] legislation will affect the status of the English language” (a provision included without the now infamous square brackets). Nobody’s actual rights are being interfered with by an Irish Language Act that ensures it incorporates the above principles.

A second part of the former First Ministers expressed concerns was to ensure there was an accommodation “where one language or culture wasn’t given primacy over the other language or culture.” This appears to be a variation on the position of former DUP culture Ministers that Irish and Ulster Scots should be treated on the basis of parity, with a sudden interest in also co-opting the languages of ethnic minorities.

Whilst there are rights issues for both indigenous and migrant languages (and there is some overlap) the issues are usually very different. The rights of non-speakers of English relate to matters ensuring access to justice and essential public services. Provision for indigenous minority languages is designed to safeguard the language itself and revive its visibility and heritage. Place name signage is an obvious example with many NI place names coming from Irish and some from Scots. Nobody can surely be seriously suggesting that every language spoken in NI should go on road signs in the name of not granting one ‘primacy’ over the other.

Treating Irish and Ulster Scots the same when they are objectively very different has long been held to be damaging to the promotion and development of both. When DUP ministers sought to merge the Irish and Ulster Scots strategies required under the St Andrews Agreement legislation (to ensure both were treated the same) the Council of Europe Committee of Experts (who oversee the duties under the Charter) raised concerns that such a strategy would “strive towards parity between the two languages and therefore not serve the needs of either the Irish-Speakers or the Ulster-Scots speakers and will hold back the development of both.”

The situation of Ulster Scots and Irish is very different, not just in relation to demand and needs of speakers but also what would actually be successful in its promotion. For example, written translations may be effective in promoting Irish but not Scots which is largely a spoken tradition without a standardised written format. Scots in the context of it (in all but its most maximally differentiated forms) being mutually comprehensible with English, has promotional opportunities not available to Irish. This is a strength that can and should be harnessed rather than belittled. What works for one may not be practical for another.

In this context the Committee of Experts have also observed that “inappropriate claims for parity of treatment between Irish and Ulster Scots in a number of instances led to the result that no measures were taken for either language, since it was not practically possible to apply the same measures to Ulster Scots” and reiterated that “The Charter is based on treating each regional or minority language in accordance with its specific situation. The situation of the two languages is quite different, and language measures specifically directed towards each language are needed. That is the only way that both languages can be protected and promoted according to their specific needs.”

Practices have nevertheless continued that damage the safeguarding of Ulster Scots by pitching it against Irish rather than taking steps tailored to its preservation. A year into the new ‘super councils’ research I was involved in found that not a single new NI Council in areas such as the Antrim/Down coastlines where Scots was traditionally spoken had adopted an Ulster Scots policy. The only Councils with Ulster Scots policies were those in areas where Scots was never traditionally spoken, adopted at times in the explicit context of being a counterweight to Irish language policies rather than emerging in their own right from initiatives to safeguard Scots.

Notwithstanding English remaining the dominant language it is not a question of ‘primacy’ of one minority language over another. Rather it is a question of treating each one differently in accordance with its own situation and the needs of its speakers.

The draft Agreement (again outside its square brackets) already contains a framework where the provisions for Irish and Ulster Scots are differentiated.

Yet the complaint by the former First Minister about ensuring one does not have ‘primacy’ over the other appears indicative of a regression back to the long discredited assertion that both must be treated on the ‘basis of parity’. There is little prospect of progress on the safeguarding or promotion of either linguistic tradition if we moved forward on that basis.

In the fallout there appears to be much clutching at straws to come up with legitimate reasons for not implementing the decade old UK-Ireland St Andrews Agreement commitment for an Irish language act. The suggestion that such legislation would interfere with the rights of English speakers is however seriously misplaced.