You are at:Home»News & Current Affairs»STORMONT: THE TALKS CONTINUE – By Brian Rowan
Social share: 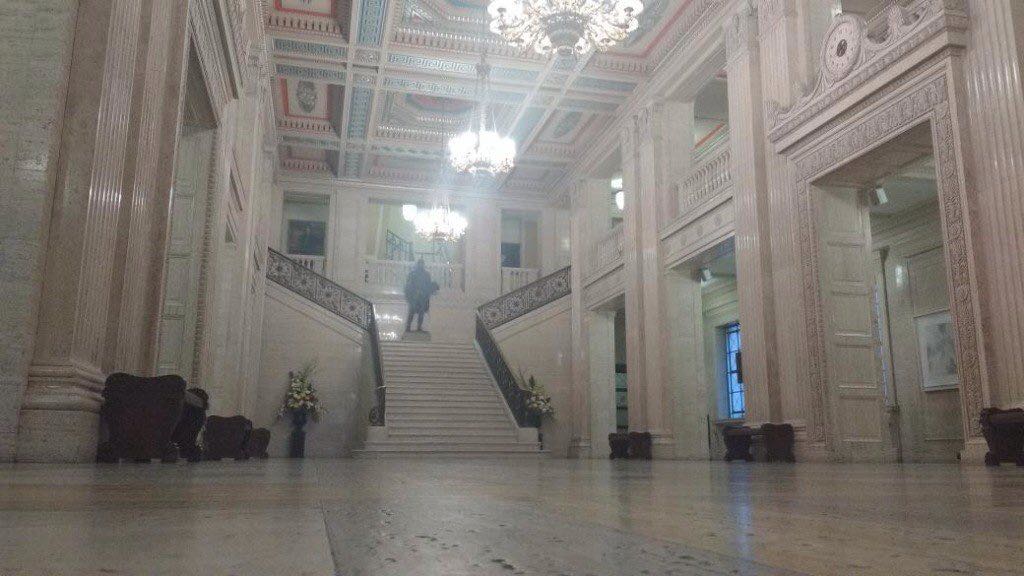 Monday’s all-party meeting at Stormont did not go well.

It did not deliver any wider understanding of this latest phase of the talks – and left the SDLP, Ulster Unionists and Alliance with unanswered questions on the gaps that divide the DUP and Sinn Fein; gaps, which on Thursday, were still being described as “significant”.

Gerry Adams was also in the room as were Conor Murphy and Simon Hamilton.

One of the first pieces of information to emerge was on a well-stocked tuck shop. Not long after it started, the meeting was over – leaving a bad taste with those parties who, after months on the fringes, felt they were at last being brought into this talks process.

There is a significant difference between an all-party meeting and all-party negotiations.

This is still a two-party process with the British and Irish Governments also involved.

The talking is in a quiet space in Parliament Buildings – the quietest of buildings that has long since stopped functioning as a parliament should.

There is an emptiness to this place.

On Friday, another all-party meeting is scheduled, but the talking on the hill will only become an all-party negotiation if the DUP and Sinn Fein get close to a deal and start to think about an all-inclusive Executive.

Only then will they need the SDLP, Ulster Unionists and Alliance.

There was no suggestion on Thursday that they are at that point. The little talking outside a radio silence still pointed to those “significant gaps”. 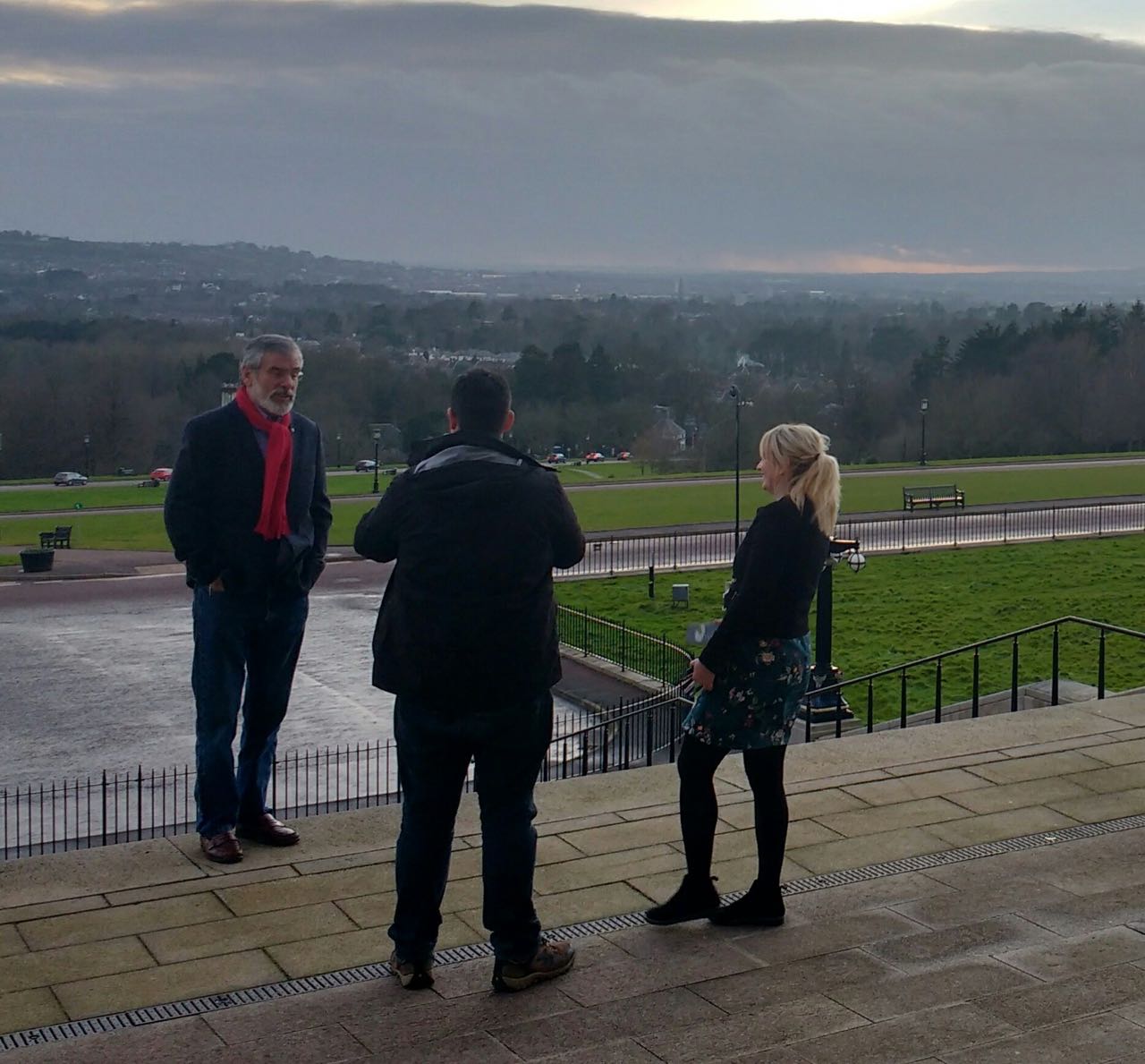 Around teatime on Thursday, Gerry Adams took a break from the talking for an interview  with Deborah McAleese of the Press Association – this to do with his stepping down as Sinn Fein President this weekend and the transition in his party’s leadership.

As he stepped out onto the Stormont hill for a photograph, he quipped that he was counting down the days.

As for the negotiations, how many more days are left in these talks? Some see the Westminster recess stretching from Thursday February 8 to February 20 as the “end game” if there is any such thing when it comes to talking here.

That Arlene Foster will be First Minister in the event of any deal is not new but a privately understood position going back to last summer.

Does it matter who is Sinn Fein leader in the event of a deal? No it does not.

What matters is delivery on the issues that have been the mud in which this process has been stuck in its GROUNDHOG YEAR.

In his news conference on Monday, Simon Hamilton of the DUP said his party’s preferred position was the restoration of the Executive with the outstanding issues being addressed in parallel.

We know that is not going to happen.

It is too late for that.

So, we will watch and listen on Friday for clues or hints between the lines – for something or anything different.

This one last opportunity was set in the time frame of weeks not months, but for governments which, in the absence of an agreement, have nowhere else to go with this process except into a worse place, is there any such thing as a credible deadline or endgame?

The elastic has been stretched through twelve into thirteen months. At some point it can stretch no more.