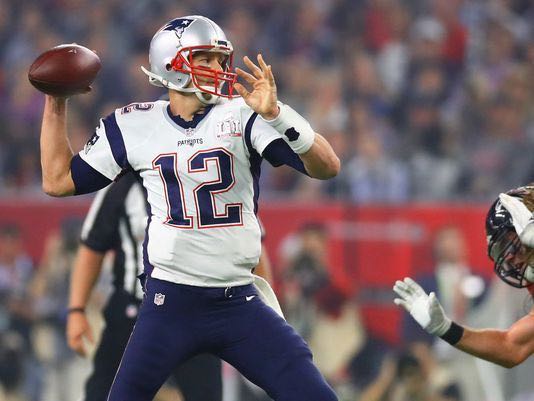 Expect no pleasantries from the city of brotherly love as the Philadelphia Eagles meet the rebellious ‘Beantown’ spirit of the New England Patriots.

The clash takes place on Sunday 4th February at the US Bank Stadium in the twin city of Minneapolis, Minnesota.

This match will be a repeat of the 2005, or Super Bowl 39 encounter which resulted in the Patriots’ third title in four years after a hard fought 24-21 victory.

The Eagles go into the game as underdogs, very much in the spirit of the Philadelphia set Rocky Balboa film series. The emotive and iconic image of Rocky’s training montage accompanied by the rousing anthem as he ascends the steps of the Museum of Art typifies for many Philadelphians the unquenchable spirit of the city.

Long associated with the independent spirit, exemplified by Paul Revere’s Ride and the Freedom Trail, Boston’s resilience has endured even as shown by its recovery from the Marathon bombing in 2013.

Going into Sunday’s game, the Patriots are heavily fancied to retain the game’s biggest prize which they famously won last year in the comeback of all comebacks against the Atlanta Falcons.

Illustrious Quarterback Tom Brady may be appearing in his last Super Bowl in what has been a stellar career, especially for a player chosen 199th in the 6th round of the 2000 NFL draft.

The former Michigan Wolverine has already a fistful or handful of 5 Super Bowl rings and if the 40 year old is on form, then his quest for number 6 may will be fulfilled.

Every leading man relies upon a strong supporting cast and Brady is no exception. Tight End Rob Gronkowski and Wide Receiver Julian Edelman are two of the games’ most accomplished offensive players, providing a lethal combination at the disposal of the main man. ‘Gronk’ is expected to play despite being under concussion protocol from the team’s medical staff.

The mastermind behind New England’s footballing dominance is astute coach Bill Belichick. The 7 time champion, which includes two triumphs as part of Bill Parcell’s New York Giants is seeking a record breaking 8th title. The legendary duo’s exploits are to be immortalised in the much anticipated upcoming ESPN 30 for 30 documentary titled ‘The Two Bills.’

The coach’s former sphere of expertise was developed as defensive co-ordinator, so it is no surprise that his unsung heroes on the less glamorous side of the football will be hoping to do their job and clip the wings of the Philadelphia Eagles.

Hopes of an upset victory rest upon the broad shoulders of 6”6 quarterback Nick Foles. Flying full circle via St. Louis and Kansas, the playmaker has returned to take his place in Philadelphia folklore. He will be ably assisted by powerful running back duo LaGarrette Blount and London born Jay Ajayi. The form of Zach Ertz has also certainly pulled into question who is the best Tight End in the game, which may be settled if he comes out on top against Gronkowski of the Patriots.

Someone who has already tasted success against the Patriots is former Eagles quarterback and current head coach Doug Pederson. As understudy to the talismanic Brett Favre, Pederson was part of the Green Bay Packers’ roster which clinched the Vince Lombardi trophy in 1996.

Although there is no greater show on turf than the Super Bowl, decreasing TV figures, a star player injury epidemic and the controversial players’ protest have combined to create a challenging season for the NFL.

Commissioner Roger Goddell will be hoping for an exciting spectacle on the field, even eclipsing the half-time performance of pop superstar Justin Timberlake.

The Patriots will be aiming to repeat their success of 12 months ago, while banishing memories of their recent Super Bowl defeats in 2008 and 2012.

To avenge their previous meeting with New England in America’s showpiece occasion, Philadelphia will have to overturn the bookies’ expectations to earn their inaugural Super Bowl title.

Even if you aren’t a dyed-in-the-wool gridiron fan, the annual pigskin extravaganza is one not to be missed.

Social share:
Previous ArticleThe only thing missing from the Parliament on the hill is tumbleweed blowing through its Great Hall – By Brian Rowan
Next Article I am a big boy – I can live with criticism – By Eamonn Mallie