Politicians are meant to think before they act – especially here where what we call the past is in fact the present-day hurting for so many – not the 70s, 80s or 90s, but right now.

Sinn Fein MP Barry McElduff deleted a social media video post on Saturday and issued an apology – a video post in which he appeared with a Kingsmill loaf on his head. 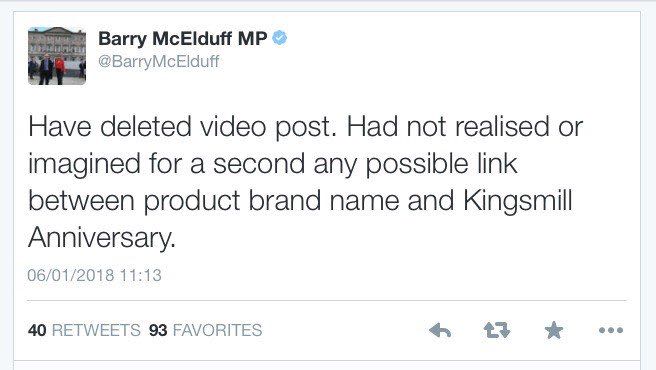 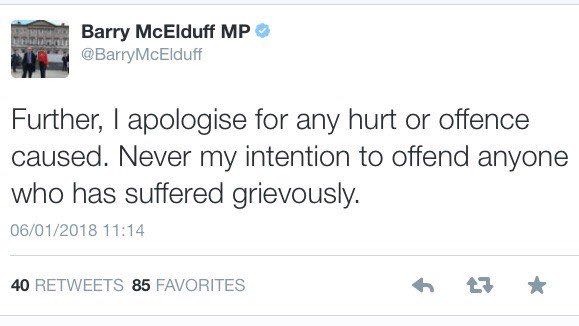 Kingsmill is one of those single-word reminders that points to and describes one of the horrors of the conflict years – the IRA slaughter of Protestant workmen, who were ordered out of a van, shot and left dying on the road.

The video has prompted an understandably angry reaction, including a tweet from the DUP leader Arlene Foster. 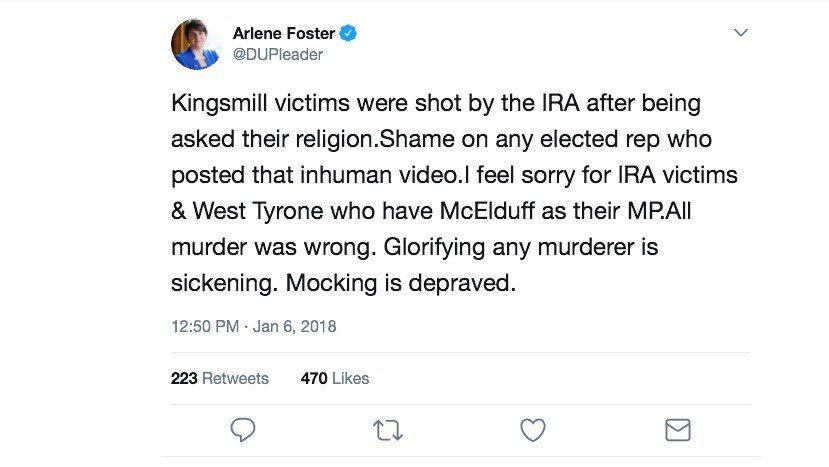 On the back of Mrs Foster’s response Mr McElduff said: 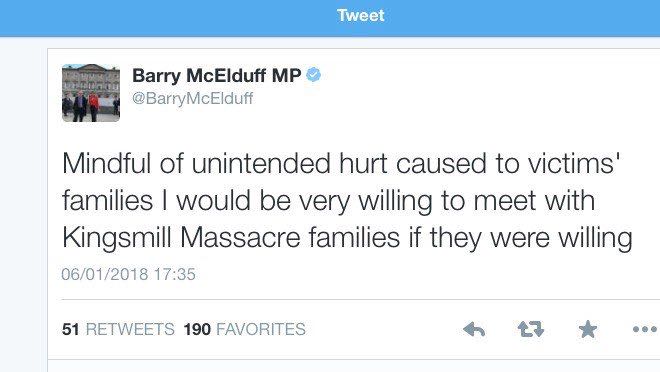 Another senior DUP politician told this website: ” He [McElduff] took it down and he has apologised. That’s not going to cover their embarrassment or hypocrisy – not in a year when they [Sinn Fein]  have been asking for respect.”

That reference to a year is the span of the Stormont crisis –  January 9th (next Tuesday) the date marking the anniversary of the resignation of the late Martin McGuinness as deputy first minister.

It will be a moment that will bring a particular and sharp focus to this standoff on the political hill.

British Secretary of State James Brokenshire used the pre-Christmas period to test the mood of the parties for another round of talks early in the New Year; a mood that will be further soured by this latest row – and the crassness of the McElduff video.

DUP and Sinn Fein statements of recent days have given no indication of any possible breakthrough; Sinn Fein’s bottom lines on Irish language, marriage equality and other matters at a height the DUP won’t jump.

That senior DUP source who spoke to this website referred to the position that has been set out several times by his party leader – a willingness to have a  cultural and heritage and language legislation “in hybrid form”.

“There is no need to give more than has been given,” the source said.

“Holding the country to ransom, the Health Service to ransom, people to ransom to try to get what they [Sinn Fein] want has produced the reverse,” he added.

If an agreement to get the Executive restored cannot be reached soon, then the DUP insist that direct rule ministers will be needed. While Sinn Fein believes, that in this scenario, joint London-Dublin decision-making should happen within the intergovernmental conference.

This is the standoff, the stalemate, the standstill and the going nowhere of the past twelve months.

So far, no dates or details have been given for any new talks, and if the statements and the mood of recent days are to be used as a guide, then this political climb looks every bit as steep as it did a year ago.

Social share:
Previous ArticleCaring should know no barriers – By Terry Wright
Next Article Twelve months on it is not a red line to state that the days of second class citizenship in the north are over – By Declan Kearney