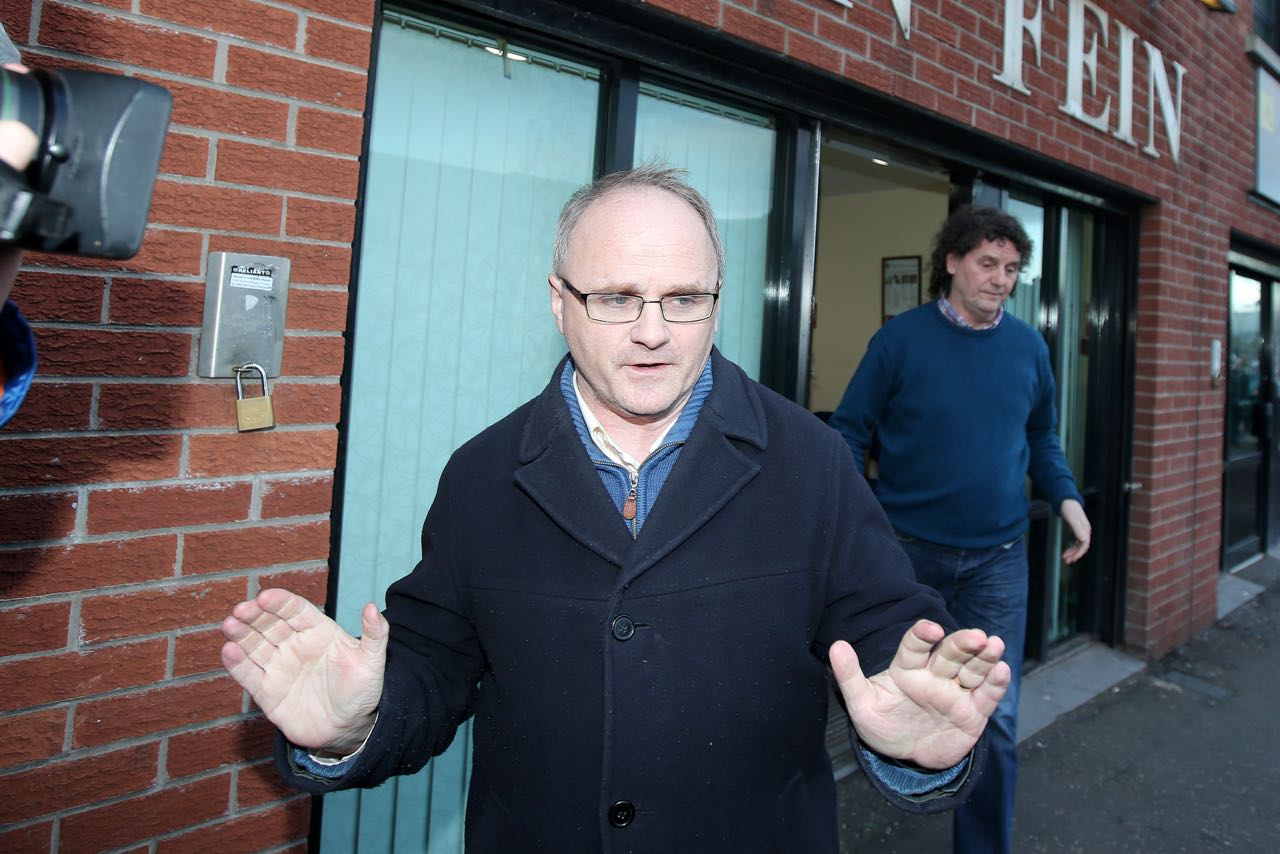 That ‘but’ in that opening thought above – from a republican on Monday – was the indicator turning the Barry McElduff Kingsmill video row away from the sanction of sacking or resignation and towards suspension.

On Monday morning Sinn Fein chair Declan Kearney described McElduff’s actions as both inexcusable and indefensible. It sounded like the end of his political career but, at lunchtime, Pearse Doherty told RTE he didn’t think the West Tyrone MP should resign; that it was a stupid thing that he had done and he should have known better.

Soon afterwards, came the confirmation that he was being suspended from all party activity for three months, but that McElduff would continue to receive his salary.

The DUP MP Sammy Wilson called it a “pitiful sanction”.

To borrow a phrase, this row hasn’t gone away.

Just read the headlines shouting out from the front pages of Tuesday’s papers.

The anger at McElduff’s video, in which he appeared with a Kingsmill loaf on his head, is not confined to victims and unionists.

It extends into the nationalist and republican communities.

He insists that he had not realised or imagined for a second any possible link between the product name and the Kingsmill massacre – the slaughter of Protestant workmen ordered out of a van, shot and left dying on the road.

Kingmill is one of those one-word descriptions that points to one of the horrors of the conflict years. 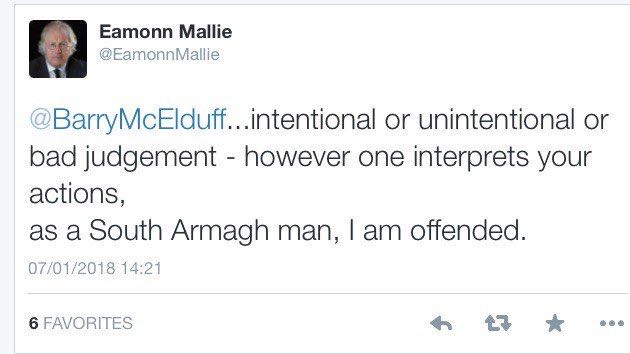 There are many who have been offended and hurt by the crassness of that video; who believe that McElduff got off lightly – too lightly.

In this place, of course, there are those who throw bricks – never mind stones – in the political glasshouse, but this is not a time for ‘whataboutery’.

Our politics today is even more fractured than it was on this date last year when the late Martin McGuinness resigned as deputy first minister – the atmosphere even more toxic.

There will be no quick-fix at Stormont.

Read Declan Kearney’s tough and uncompromising blog on this website – posted last night to mark the anniversary of the McGuinness resignation; twelve months without functioning government.

There is no shift in the Sinn Fein position on Irish language, marriage equality, legacy and other matters, and Kearney says there won’t be; but, in the fallout of recent days, we are hearing from the DUP and others a one word response to that rights and respect agenda – KINGSMILL.

A new Secretary of State – Karen Bradley – has arrived. Will that change things?

NO is the answer to that question.

Sinn Fein has set the bar at a height the DUP won’t jump.

A year on, Stormont remains stuck – lost in this political crisis and with no obvious way out; the backdrop to today, the continuing fallout from that Barry MeElduff video row.

Social share:
Previous ArticleTwelve months on it is not a red line to state that the days of second class citizenship in the north are over – By Declan Kearney
Next Article Dirty Fighting Demeans Us All – By Patricia MacBride