You are at:Home»News & Current Affairs»Dirty Fighting Demeans Us All – By Patricia MacBride
Social share: 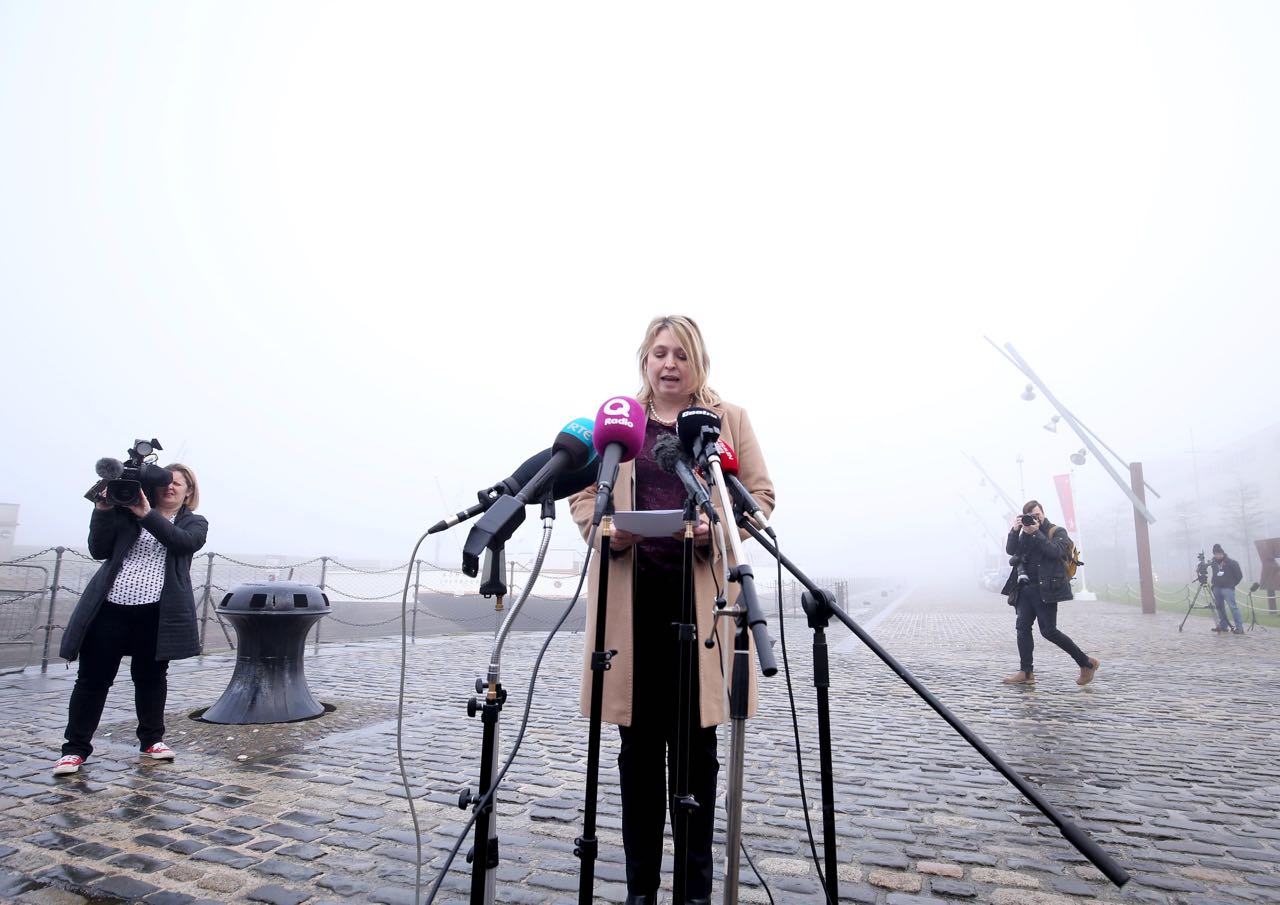 Barry McElduff’s actions were wrong, hurtful, and damaging – not only to victims of the conflict but to already strained relationships between political opponents. There is no equivocation.

The public condemnation lasted for days and it seemed to me that something positive had come out of this: a community was finally uniting in acknowledging that all victims of the conflict – the living and those who mourn the deaths of their loved ones – were deserving of dignity and respect.

But I had been on a “social media detox” on the last weekend of the school holidays. I hadn’t read the news online and had spent time with family and friends, enjoying the last precious days of the winter break. When I came back to it on Monday this week, it was at the tail-end to see the outcome of McElduff’s suspension.

Then yesterday, Christopher Stafford MLA tweeted what I can only describe as a graphic, bloody cartoon based on the Kingsmill massacre and my reaction was visceral. I could not fathom how he, the artist, or anyone who shared the image would fail to see it was no less traumatic for victims than the original act.

This was literally using the blood of victims to score political points.

Two wrongs don’t make a right. The DUP now need to act swiftly and censure Stalford, just as they demanded McElduff be censured. They cannot resile from this.

But more tellingly, perhaps, last night on Twitter I looked down the threads in a way I hadn’t done on Monday having been offline for days. What I saw not only disproved my original conclusion that victims’ needs were at the forefront of people’s minds, it shocked and angered me. The events of the last 5 days were being used to insult and intentionally hurt without care for consequence. It is dirty fighting and it demeans us all.

Throughout all of this, though, one group of people maintained their dignity. Victims and survivors.

Those who have been hurt and suffered the most did not lash out in the way they would have been fully justified in doing. Instead, they carried their hurt silently as they have done for many years.

We owe those who have lost the most as a result of the conflict the greatest of reparations.

New Secretary of State Karen Bradley will have spent the last 24 hours since arriving in Belfast consulting with political leaders, trying to identify ways to break the political impasse. Well, there is one way she can make her mark and prove to the citizens that she means business: be the first to put victims first.

The British and Irish governments must implement the Stormont House Agreement framework for dealing with the past and release the funding that the Chief Constable and Chief Justice have repeatedly told us they need to deal with legacy cases.

Sinn Féin and the DUP must now, having done so much damage to victims and survivors this week, make amends and move forward swiftly on this.

In all this week’s talk of red lines, I challenge our political leaders to make this their starting line.