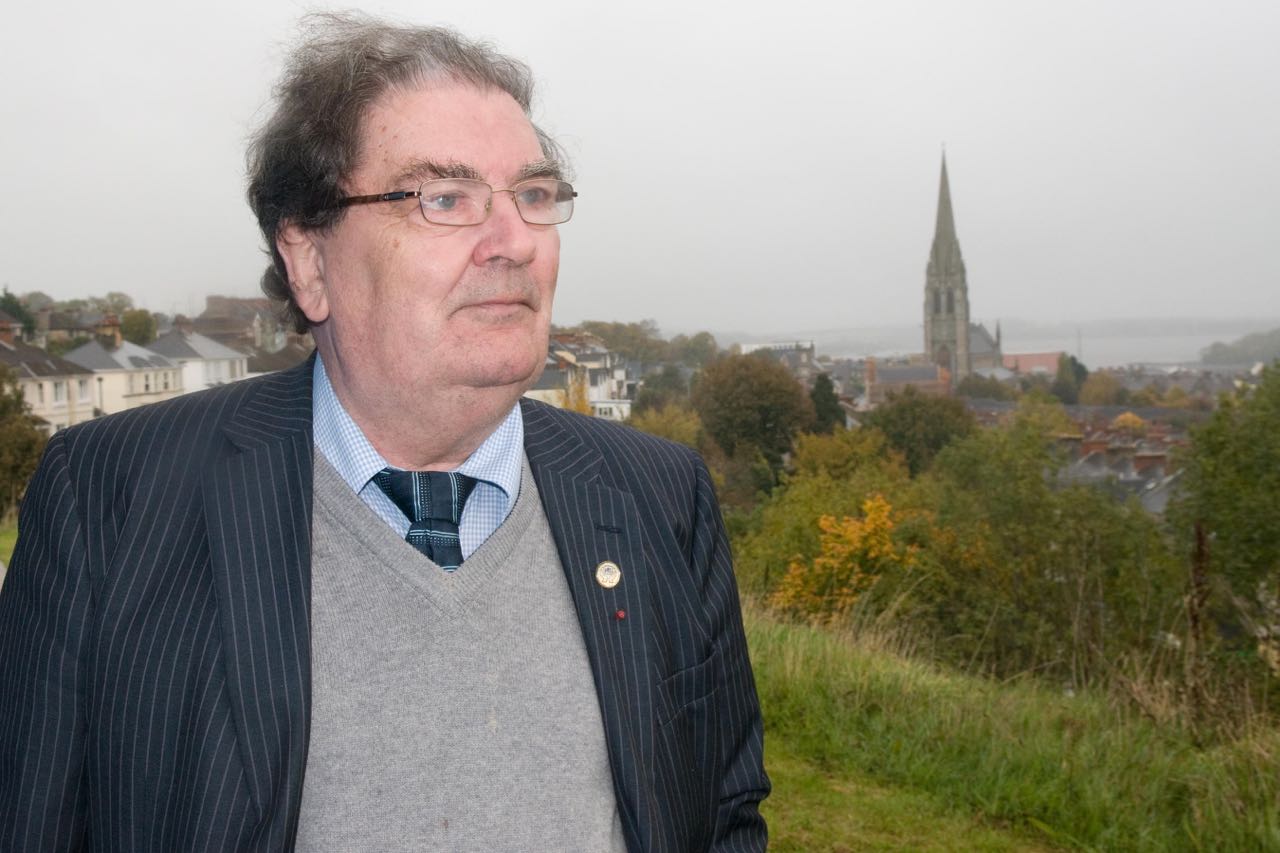 Billy Nelis was an ordinary man. He was a child of the orange state; born in 1932.

He and his generation and their parents experienced first hand the injustice of the northern state.

When the Civil Rights Movement was formed they stood up in their tens of thousands to support its demands.

Billy died on Friday and his burial yesterday coincided with the 46th anniversary weekend of the Bloody Sunday massacre in Derry city.

That was apposite. He took part in the march and stood in the killing grounds of the Bogside.

That day in 1972 British soldiers killed 14 unarmed marchers who were engaged in peaceful protest against internment without trial in the north of Ireland.

One week previously another anti-internment protest was attacked by British soldiers on Magilligan strand.

Civil rights protestors had been attacked since the first demonstrations began.

This year marks the 50th anniversary of the famous marches from Coalisland to Dungannon, and at Duke Street in Derry city.

Infamous images of the RUC beating protestors at Duke Street were broadcast around the world by the international media.

The Civil Rights Movement gave expression to the popular outrage against the injustice and discrimination in housing, jobs and right to vote which were systemic within the northern state.

As the repression of democratic rights intensified alongside the redeployment of British combat forces and reintroduction of internment, northern nationalism rose to challenge the actions of the state.

The popular momentum of the Civil Rights Movement swept right across society, especially in the north, but importantly it also reached into the southern state.

I have memories as a wee fella attending Civil Rights Movement anti-internment protests in Toomebridge among other children and people of all generations. I can remember being sworn to secrecy when being brought to a location where civil rights leaflets and pamphlets were being discreetly printed… (and thinking for many years afterwards that the monks were terrible cooks!)

Years later I upset a very superficial university seminar discussion on the origins of the Civil Rights Movement by setting out the historic reality that the civil rights campaign was inspired by the Campaign for Social Justice, and also directly by the strategic decision of the IRA and Sinn Féin leaderships at that time.

Through the medium of the Wolfe Tone Society the Army and Sinn Féin committed to building alliances with other democrats, trade unionists, communists and many others to demand state reform.

The leaderships of both the IRA and Sinn Féin encouraged their activists to organise and support the Civil Rights Movement.

Veteran republicans like Kevin Agnew and Pat Shivers whom I grew up knowing well played key roles in developing the Civil Rights Movement in counties Antrim and Derry.

Kevin’s former home in Maghera is synonymous with the earliest meetings to establish the Civil Rights Movement.

Republicans recognised the importance of progressive coalitions to successfully advance the common ground of equality and rights for all citizens.

Ironically it’s now quite common to hear a revisionist narrative today which glosses over that.

The role of the IRA and Sinn Féin may well sit uncomfortably with some but the reality is the SDLP didn’t exist in 1967/’68. Of course the SDLP is entitled to claim inspiration for its formation from the Civil Rights Movement but it was only formed in August 1970, after the Civil Rights Movement was launched by republicans, human rights activists, trade unionists and other political activists.

Today 50 years on from the Civil Rights Movement, rights are still being denied in the north of Ireland.

The political and violent opposition which the Civil Rights Movement faced amidst mounting injustices eventually gave way to political conflict.

People like Billy, Kevin and Pat understood very well why tens of thousands of a new generation turned to armed struggle.

This year marks the 20th anniversary of the Good Friday Agreement . It drew a line under the political conflict here by setting out a framework to enshrine equality, parity of esteem and mutual respect on the basis of proper power sharing and All-Ireland political institutions in the form of an international treaty.

In ways the promise and principles of the Good Friday Agreement addressed what the Civil Rights Movement did not get resolved.

Just as the unionist state opposed the Civil Rights Movement, powerful sections of political unionism have resisted and pushed back against the Good Friday Agreement since 1998.  Now the Good Friday Agreement faces its greatest ever threat from the DUP/Tory government alliance, and their shared support for Brexit and austerity, and opposition to equality and dealing with the past.

This current political crisis stems from a refusal by the northern state to embrace the requirements of the Good Friday Agreement.

The Irish peace process is the most important political project in Ireland.

It came about because northern nationalism and other strands of democratic and progressive opinion, with the support of Irish America and the Irish government created the circumstances which led to the Good Friday Agreement receiving overwhelming popular support of the Irish people north and south.

As a co-guarantor of the agreement the Irish government has a huge responsibility to get onto that position.

Irish America also has a very important role to play once more.

The 20th anniversary of the Good Friday Agreement this April should be a landmark anniversary in the transformation of this society.

That ought to be a shared objective for all democrats and progressives.

During the last three weeks the Sinn Féin leadership has organised eight meetings across the north of Ireland. Over 1200 from all walks of life in civic nationalism have attended.

One clear and consistent message came through from each meeting: civic nationalism wants the political institutions restored but only on the right terms.

A year after Martin McGuinness’s resignation popular nationalist and progressive opinion are saying that parity of esteem, the rights agenda, dealing with the past, equality and mutual respect, and proper power sharing must be delivered: there can be no return to the status quo.

The reality of financial scandal, and continued denial of rights and respect by the DUP, supported by the Tories has remobilised northern nationalism.

There is a new popular momentum within civic nationalism. It is demanding the full implementation of the Good Friday Agreement: nothing less will be acceptable.

We have come full circle. The war is over but there will be no return to second-class citizenship in this place.

They are not going to be put back into the box – they will never again be pushed to the back of the bus.

Social share:
Previous ArticleA heartless system and victims of Past – By Patricia Mac Bride
Next Article The only thing missing from the Parliament on the hill is tumbleweed blowing through its Great Hall – By Brian Rowan